There was an article recently roaming the internet discussing how to talk to your daughter about her body. I loved the article and wished I had grown up under the influence of a generation that had read information like that on body image and taken it more to heart…how different so much of my life would have been.

I wouldn’t have grown up wondering about the calories in everything I ate before I even really understood what a calorie was.

I wouldn’t have spent a year of law school religiously restricting calories and food intake because I thought it would somehow lead me towards becoming “a more perfect person.”

I wouldn’t have eaten nothing but sugar free jello for days at a time because it had so few of those pesky things called calories, but still made your tummy feel full.

I wouldn’t have felt like eating tuna fish straight out of the can for lunch was an indulgence because I ate the WHOLE {small} can.

I wouldn’t shrink from pictures with my children because the extra weight from baby number 3 has mysteriously lingered long past its welcome.

I wouldn’t have spent so much time wishing I were the beneficiary of the genetic blessings of strategically placed fat deposits or the lack thereof.

I wouldn’t catch myself subconsciously basing a person’s worth on their ability to obtain or maintain a healthy weight.

I wouldn’t have spent years thinking I was giving someone the highest compliment I could offer by telling them, “Have you lost weight? You look great! You look so thin!”  It makes me sad to think how many people I must have said that to over the course of my lifetime when I was really trying to say something sweet and loving. I thought, “You look so thin!” was a better thing to say than, “I’ve missed you!  It’s so good to see you!”

In fact, I was well into adulthood before I understood that commenting on a person’s weight is never appropriate. It’s never a compliment, no matter how you phrase it.  Instead, it’s a way of saying “When I see you, I don’t really see you; I see what you are on the outside.” What a meaningless thing to say to a human being.

But that little voice, the one that tells me jello is a great thing to subsist on, that a whole can of plain tuna is too much, that good things in life will come to me if I can just be pretty enough and thin enough, will always be there. It will always be with me. That voice isn’t something I was born with. It was given to me. By society, yes, of course, but also by the people who love me. And I’m not denying my own responsibility in it because certainly my own tendencies towards control and the extreme have played a part in shaping and contorting the information I was given. So all that to say…be careful.

Be careful what you say to your children because they will take the value judgments they see you make about yourself and about the world — and they will apply it to themselves.

They will stand in front of the mirror one day and take what you see as beautiful and run it through the frames they have watched you apply to yourself and others.

Someday, someone will make a negative remark about your daughter’s body.

Your daughter will pinch her belly where it puffs out a little bit, the way she has seen you do it to yourself, and she will frown. And your heart will break in that moment knowing the thought behind that frown, and knowing you love everything about the way her little belly puffs out a bit.

You see that her light is so much brighter and more brilliant than the pale flesh that contains it.

You know that she is so much more than the pile of cells stuck together in some predetermined way, that the force behind her eyes is only artificially held within them.

I tell my children they are beautiful. I tell them all the time.

But I choose my words carefully. I make it clear that being beautiful is about their soul, not their skin.  After all, they fill the room with their laughter and their love and their songs and their chatter, not their weight. 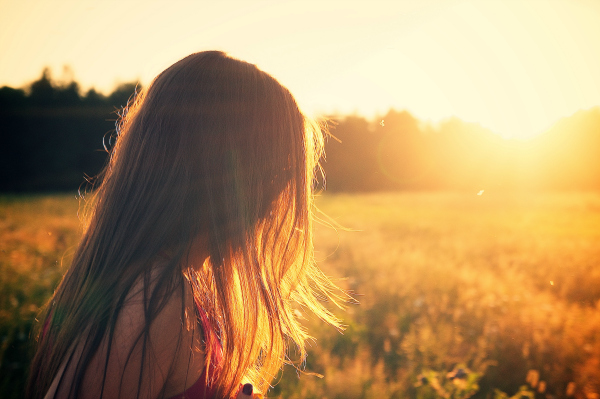