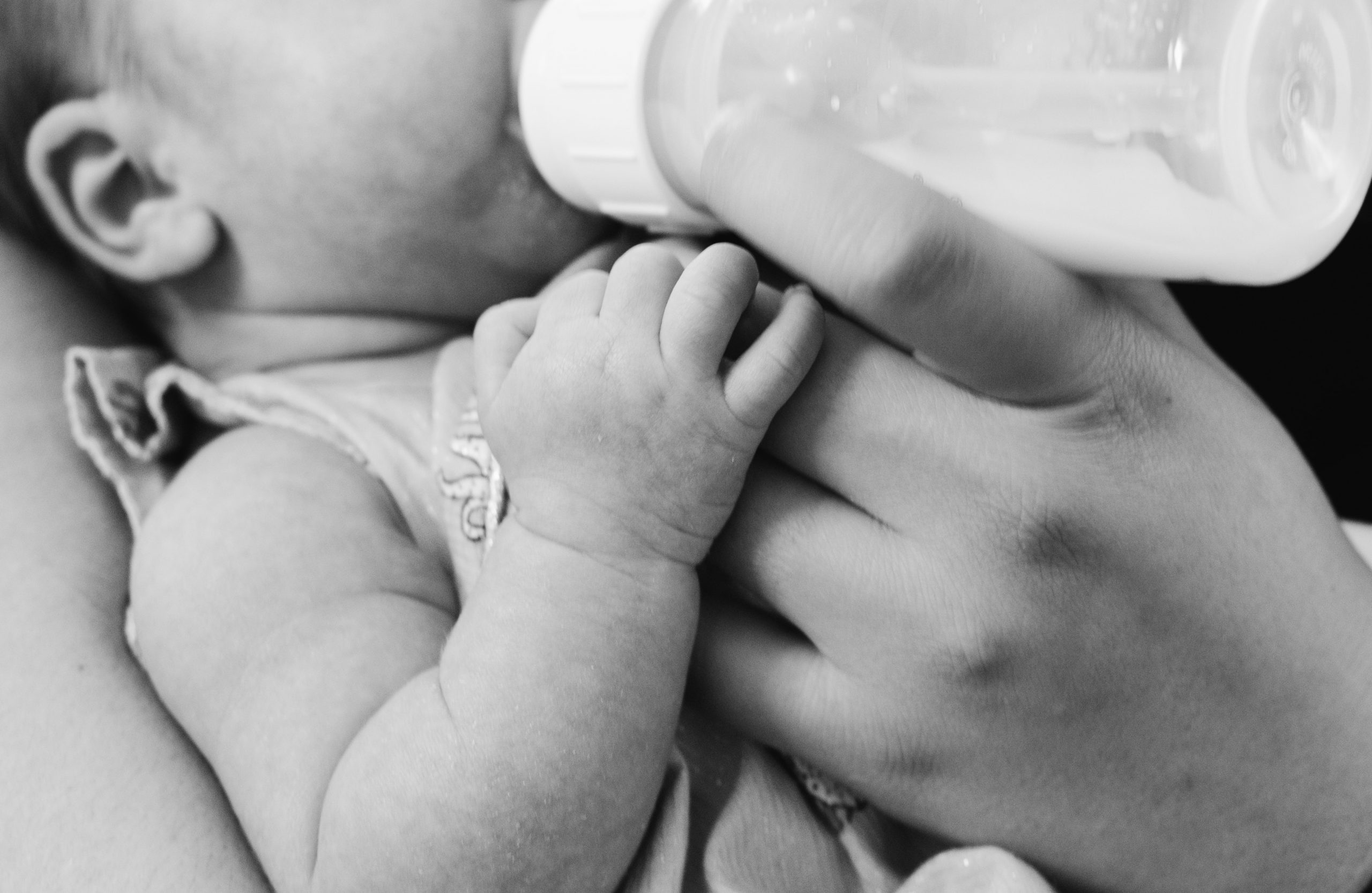 My breastfeeding journey isn’t something I like talking about often. The shame of our “breast is best” culture weighs on me heavily, especially in trying times such as these. The guilt I felt – or if I’m being honest, still feel – for not being able to breastfeed my children is a wound that never quite heals.

Not All Women Can Breastfeed

I tried. I really tried. With my oldest son I went into it blindly, assuming from every depiction of breastfeeding I’d seen in movies and TV shows I’d have little difficulty. Imagine my surprise when he tried to latch and I began sobbing uncontrollably from the pain. When less than twenty four hours later my nipples cracked and began to bleed, I nearly had a nervous breakdown from the sight {I suffer from hemophobia, or phobia at the sight of blood}. We tried multiple lactation consultants, but I was forced to switch to exclusively pumping before we’d even left the hospital.

I made it three miserable weeks. Three weeks of sobbing when my alarm went off every few hours, disrupting my meager sleep so I could pump. Three weeks of trying different remedies to keep up my steadily dwindling supply. Three weeks of mastitis and clogged ducts. Until one day, so run down from it all, I caught the flu and my supply simply dried up.

I only lasted two weeks pumping with my second. I was hit with severe postpartum depression and anxiety, so extreme in fact that even my OB suggested I stop pumping and switch to formula feeding. I might have ignored her advice and jeopardized my own mental well-being were it not for the horrible case of thrush my newborn and I both developed {one which our pediatrician called the worst case he’d seen in years}.

When our third child was born I shook so hard reaching for the breast pump that my husband asked if we could just formula feed from the start. The relief I felt to be able to bond with my newborn without the trauma of trying and failing to breastfeed or pump is hard to describe. But even still the shame and sorrow that I couldn’t breastfeed my child persisted.

Imagine how much worse it feels now to be told I wouldn’t be worried about the formula crisis if I’d just breastfed my baby. Because “breastfeeding is free”.

Breastfeeding is Not Free

Let me cut off anyone making these dangerous and ignorant comments right there. Breastfeeding isn’t free.

It costs a woman’s mental health.

It costs giving up certain foods and sacrificing time with an older child and juggling a career with feeding one’s infant.

Breastfeeding isn’t free. It has a cost. And while many women are ready and willing to accept the cost, don’t for one second think it’s done without sacrifice. And those of us that couldn’t – or wouldn’t – pay that price are still deserving of understanding and support at a time like this.

See, I’m one of the lucky mothers. When the formula shortage crisis first began my son was still supplementing his food intake with several bottles a day. Luckily he was old enough that we could safely transition him off formula and meet his nutritional needs in other ways. But many mothers out there aren’t so lucky. And this narrative that “breastfeeding is free” is damaging to these women just trying to find sustenance for their babies in the midst of a dangerous formula shortage.

To all the mothers out there terrified for their children and blaming themselves for a situation in which they have no control — I see you. It’s not your fault. You’re good mothers. Let’s work together to keep your babies safe and fed.

You’ve likely heard all of these suggestions, but for those who are still desperately searching for formula, here are a few things you can try:

– Call your pediatrician and OBGYN. Some offices have samples they can give to you, and those that don’t might have some leads they can offer you on where to find the formula you’re looking for or other more readily available alternatives that are safe for your child.

– Reach out through any available social media sites to other mothers. I’m on two separate Facebook mom groups and everyone across the city is working together to share resources. Mothers with extra formula supplies are reaching out to share what they have and tagging various grocery stores that are restocking their shelves.

– A Houston mother has created an interactive map to help connect families to locations where formula can be found. You can find access to it at Fighting Formula Shortage Facebook group or at this site.