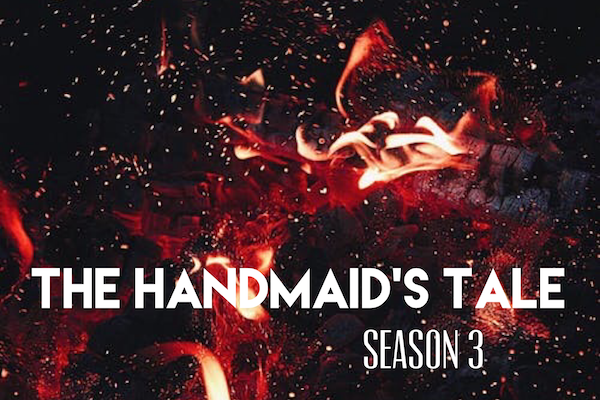 I confess:: I was late to the party. It was a mere 4 months ago that I watched the first episode of The Handmaid’s Tale. It is with shame and disgrace that I admit this failure of entertainment proportions. I pride myself on all of the screen worthy things. I love a good streaming show binge. I missed the invitation to excellence, all because I thought I could go without a Hulu subscription. That’s what I get for trying to be frugal. And like any good binge, two seasons left me wanting more. NOW. Not in a ‘this is a heart touching, feel good’ kind of way. Not even in an ‘I want to see what happens’ way. At the end of episode 13 of season 2 the response in my gut was bi-polar. At first, my ever-agitated and hyper-activist spirit was ready to take on the wrongs of Gilead with June as my leader. The more disturbing reality was the heavy dread and fearful nagging that plagued my heart. While this dystopian plot was fictional, the threads of possible truth in our modern American culture were striking and sickening.

I choose to read non-fiction. I listen to podcasts about every imaginable heavy subject. If given the choice, I am more likely to watch a documentary or true crime story than a sitcom. The one exception that I make to this norm is the drama TV genre. I watch most of them with the full passion of an addict’s heart. I have chosen books and movies and TV as my drugs of choice in my 40s, as they provide much less grief and pain than choices in my previous decades. I have, however, failed to learn the skill of watching for 100% enjoyment. I just can’t. I watch an episode of a legal tale about juror misconduct and I need to solve the woes of our failing judiciary. I watch a mistake on any one of my favorite medical shows, and I find myself researching malpractice. When I hear of someone watching a movie or show to “get lost” for hours, I furrow my brow. What is this lost-ness you speak of? I take all that input as the weight of responsibility to act. When you apply that mentality to ‘The Handmaid’s Tale,’ you find yourself lamenting everything from marriage to books. At the end of the last few minutes of season 2, I wanted to kiss Josh Lyman {shout out to my ‘West Wing’ sisters} and light the world on fire with my loud screaming voice:: THIS IS NOT OK!

The Devastating Truth of Fiction

The Handmaid’s Tale television series is based on the 1985 novel by the same name written by Margaret Atwood. The roots of the book came from real-life storylines that Atwood played out in a fictional futuristic since. The term ‘speculative fiction’ has been used to describe this genre. Atwood went so far as to carry newspaper clippings to the original book tour to point out the storylines by which her story was derived. Why is this important? We are almost three and a half decades past the original book release and this series is still sparking the same kind of unsteadiness of the future that we saw in the 80s. When the issues of reproductive rights, fertility and the role of women are the undercurrent of a story, passion seems to rise to the surface.

What Color Would You Wear?

If you are not a fan of The Handmaid’s Tale, I promise to avoid spoilers. One of the obvious first signs of the troublesome culture is that every woman has a color. Literally. Assigned by your role in society, you wear your job {red=handmaid, green=Marthas, blue=wives, brown=aunts, white=daughters, gray=unwoman}. Within the first few episodes, I drew immediate parallels with the divided nature that was derived and promoted by the exterior. It made me so uncomfortable. I was halfway through season 2 before I could place handles on my irritation. I could immediately see the divisions of role. I could even apply that angst to my own journey to find my place as a woman who struggled to find her worth in motherhood and the typical “female” calling. But it was in episode 7, “After” that I had a new awakening. In the previous episode, Gilead was upended by tragedy. In the face of the devastation, a shift happened. The lines of division began to blur. The browns needed the grays again. The reds, in their grief began to show the rainbow underneath their monotone exterior. The blues – ever so slightly – began to look for help from the others. In one particularly pointed scene, two women of different colors let their guard down. Breaking the “rules”, they discovered a new power – unity.

What We All Need From The Handmaid’s Tale Season 3

When the first notes of Talking Head’s song “Burning Down the House” announced the end of season 2, they also announced a beginning. What we witnessed in the final episode of last season was a tribute to the power and strength and determination of women. If you have ever been on the wrong side of a group of females that have united around a common goal, I send my condolences. I know you felt the pain because the ladies don’t like to lose. It has been more than 10 months since the last release of a new episode. I can tell you that ‘The Handmaid’s Tale nation is a fierce community. While I am sure that there are some that watch purely for enjoyment, I can speak for those that I have befriended in my late-to-the-movement state. These fans are for real. Look at any protest addressing female rights in 2018 or 2019 and you are likely to see the familiar dress of the handmaid. Join any fan group, and you will see the passion of June with fire in her eyes. You will even find shadows of the greens and the status of the blues mixed with the ‘I don’t give a crap’ of the grays. These women are not going away. I have no idea how season 3 will unravel. I refuse to read the spoilers. What I know for sure {just check out this trailer} is that the women hold the cards. They may not be invited to the biggest poker games in Gilead, but as June says, “If I am going to change things, I am going to need allies. Allies with power.” And there is nothing more powerful than inspired, passionate and ticked-off women.

Blessed Be The Fruit. 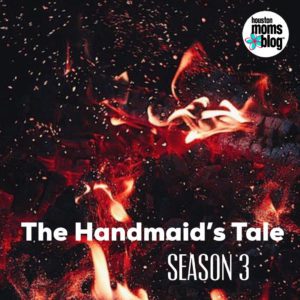