Alright ya’ll, I have a hot take: Promposals should not be a thing. There…I said it.

This is an opinion that many are likely to disagree with {and that’s OK!}, but hear me out. 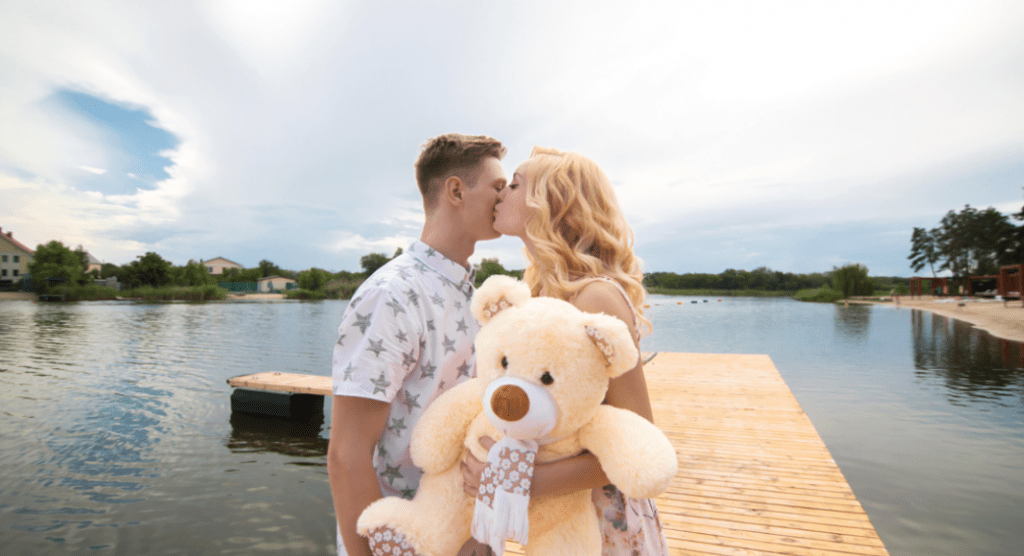 I came to this conclusion recently as my social media feeds were filled with pictures of elaborate schemes that teens are using to ask their dates to school dances. Costumes, props, rented sound equipment, baked goods, live animals {I’m not kidding!}…the list goes on and on!

MTV ran a TV series on this fad a couple of years back called “Promposal” and it featured a teenager asking someone to be their prom date using elaborate stunts, themed fashion, and choreographies. I chuckled at the first few I scrolled past on social media and even “liked” a few on my feed that were especially creative, but as the days went on and I was seeing more and more of these over the top {in my opinion} set-ups, my mind went in a different direction and I no longer found them so charming.

In the following days, I conducted some very informal crowdsourcing with some of my peeps to gauge just how ridiculous my opinion was on this topic. I basically wanted to gauge where my thoughts on the matter registered on what I like to call the “Karen-o-Meter.” To my utter amusement, I heard stories from friends about even more ridiculous {again, my opinion} promposals and we also tried to come up with some of the most insane ideas we could think of for our own promposals. My personal favorite was the idea that for a teen to rent a hot air balloon and a polar bear to ask his/her date to homecoming. Nothing says, “Hey baby, let’s dance” like helium and an exotic animal – right?

Once we got past the laughter and giggles, the conversations did eventually settle into two distinct camps::

{Shocker, I’m basically the resident camp counselor for Camp #2 above.}

All joking aside, there are some very real issues in my mind with this trend. Believe me, in a world that feels extremely heavy right now, I am ALL FOR our kids being given as many opportunities for lighthearted fun as possible. But that lighthearted fun shouldn’t come at a significant financial or emotional cost to others and shouldn’t perpetuate some of the outdated ideas around inclusivity amongst teens we are trying to overcome or contribute to a false sense of reality about relationships.

The three biggest issues I see with elaborate promposals include:

The pressure this puts on our kids to craft the most perfect-of-all-time promposal complete with Hamilton-themed costumes, custom ordered baked goods, peace-doves and glitter is too much. Not to mention the subsequent underlying pressure for the teen on the receiving end to accept the promposal simply because of the amount time, money and effort that went into said promposal. The lengths teens go to both mentally and financially to make these experiences absolutely perfect is unrealistic for most adults I know, much less for awkward teens just trying to keep it together during a nearly 2-year long pandemic.

Also, can we just take a beat and talk about the pressure this puts on the parents who get pulled into these shenanigans? One of the most common themes that came out of my crowdsourcing was just how little involvement the teens actually have in these promposals and how much time, energy, effort and straight-up cash is required of the parents. And like it or not, most of that was being provided by the moms. Ladies, WHY DO WE KEEP DOING THIS TO OURSELVES?! It’s bananas! Don’t we have enough to juggle in 2021 without pouring over Pinterest boards and Facebook groups to help our kids come up marriage proposal-level ways to ask friends to school dances?

You don’t have to be a genius to understand that there are some dangerous mental health implications associated with promposals. Yeah, yeah…I get it. Not everyone gets asked to the dance. That’s an unfortunate reality in life for many of us. But this seems like a practice that is not applicable to the majority. It is also something that promotes the literal definition of “love bombing“, a dangerous manipulation technique present in many abusive relationships that attempts to influence a person by grand demonstrations and the showering of attention and affection.

On the flip side of that though, what if you cannot afford a grand gesture to ask someone to the school dance – does that suddenly make you less than? What if you don’t really know the person very well that you want to ask to the dance – do you cave to the peer pressure and still plan an elaborate promposal and risk public rejection? What if you are asked to the dance but it’s not as part of some grand gesture – does that make you less worthy than someone who received an amazing promposal? What if you have concerns about the person who asked you to the dance, but are too afraid to speak up – do you ignore your instincts and accept anyway?

Also, take a moment to consider how promposals affect LGBTQ teens who are unfortunately under enough of a microscope already. It’s all too much.

Promposals are not a great example for how relationships are supposed to work and certainly do not reflect reality. If your standard expectation at 15 for being asked out on a date includes a pool float, donuts, and a choreographed flash mob, you are going to either need to settle down with a Nicholas Sparks character or come back down to earth and join the rest of us in the land of reality. Relationships are all about give and take and shouldn’t be anchored in meaningless gestures. Sure, they’re cute and fun at times but at the end of the day, they really don’t matter. My hope for all of my children is that they learn how to embrace relationships in a healthy way and learn that not everything has to be a thing. School dances can be fun, exciting and promote great memories.  But not everything about them, including the manner in which you ask your date has to be a thing.

What are your thoughts on promposals? Have you seen some really positive and healthy outcomes from them?  Share below! 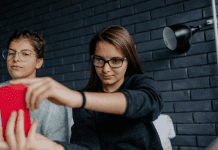 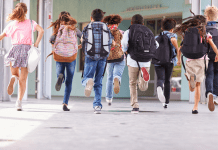