We learned this firsthand when our daughter was born 5 weeks early. Living literally across the country from most of our family, our Texas village rallied and got us everything we needed. We couldn’t have done it without them, and we still can’t.

The interesting thing about villages, that I’ve found, however, is that we all want the best village for our children. Unfortunately, we often forget that to other children and other moms, we must be a villager too, even to complete strangers.

This notion was brought to my attention twice in one week {thus inspiring this post}.

Being a Good Villager Means Being A Listener 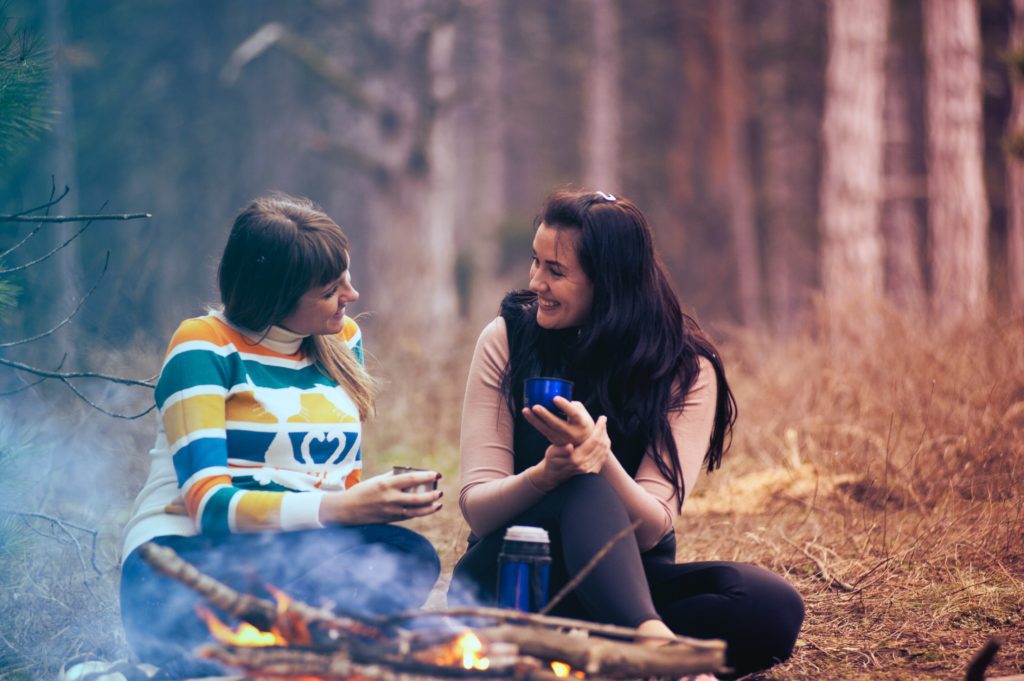 The first incident happened at my son’s dance class. One of the girls in his class is autistic, and has been having a difficult time adjusting. On this particular occasion, she had a few meltdowns when her mom had to leave the room, and having only one kid with me this week {since I dropped the other one off at camp}, I had my hands free enough to notice the dynamic that had developed amidst the moms.

The mom tried to talk to the other dance moms, kind of reminding herself that things were getting better, and looking to them for agreement or assurance. They gave her none. With curt answers and colder body language, they ignored her.

She then walked over to the bench where I was sitting with my baby, and we started a conversation. We talked about our kids, our own backgrounds, and then she started talking to me about how she’s been trying hard to help her daughter. I told her that I noticed vast improvement even in the first few weeks. We discussed resources in the community she uses, and she shared difficulties she’s had over the years.

None of my children are autistic, so I don’t know what it’s like, but I have been in situations where all I needed from my village was a listener to vent to, and I was fortunate enough to have one.

Even when our own lives are loud, we need to be able to take a moment and listen to others.

Being a Good Villager Means Being Kind Instead of Bluntly Accurate

A bit more about my son:: he’s the embodiment of the word “enthusiasm.” From trucks, to chocolate, to a new toothbrush, EVERYTHING is experienced at a level 20 {the scale ends at 10}. It would come as no surprise then that his new “all by himself” gymnastics class {replaced by the former Parent and Me class} would be subject to this enthusiasm.

We have been working on him containing a bit of his enthusiasm so he stays with his coach and his group, but sometimes, that trampoline is just TOO tempting and off he’ll go bounding across the gym. He’s kind to his other classmates though, and follows directions well within exercises, so we generally see gymnastics as a big gross motor success for him.

Usually my husband takes him to class, but on this day, I did. After sending him off to class, and getting his baby sister settled in the waiting room, one of the other moms started striking up a conversation with me. She pointed her daughter out, and asked which one was mine::

The little guy right there.

To which she replied::

Oh! Is he the one that kept running away from the teacher all last week?

Through gritted teeth I replied::

That certainly sounds like it could be him. He loves his class and is getting used to staying with his group since he JUST turned 3.

Really lady? REALLY? That’s his identifier for you?! Not “the excited kid who bounces up and down while waiting in line,” or “the thoughtful boy that helps his coach clean up an activity without being asked?” No, he’s just “the one that kept running away.”

I thought about how different that interaction would have felt if she even just picked out a phrase like “oh he looks like he’s having so much fun!” Instead of putting me on the defensive, we could’ve added to each others’ villages.

We’ve got to stop feeling the need to unnecessarily ostracize others’ children and instead lift them up when we can and help when we can. 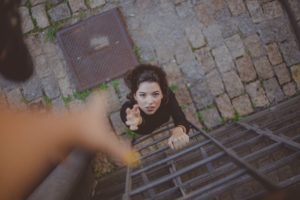 Be the Type of Villager to Others that You Want in Your Village.

At the end of the day, there’s no set of specific rules to make you a good villager to others, but there are two guidelines that you can use to help you in this mission.

1. Be aware that you are, by default, a member of everyone else’s village.

In saying this, your daily interactions with other moms impact their villages. We need to be mindful that our words and actions can build villagers up or tear them down, even for complete strangers. Instead of looking aghast at the mom in the supermarket who just had to peel her kid off the floor, give her a reassuring smile, or ask if she needs help with anything. Build up her village.

2. Be the type of villager you want in your village.

Even in a busy season of your life {and believe me, with three children 5 and under, I get the busy time}. You still have the option of texting a mom friend, writing an encouraging note, or interacting positively with another child in the library play space.

It doesn’t take HUGE actions to help build a village, but offering small kindnesses can lift another mom up and help her to see a growing village around her.

So now it’s up to you. As you grow your own village, don’t forget those other mamas out there who need to grow theirs as well. Imagine how much good we can do, if we remember to be good villagers and not just good mayors of our own villages. 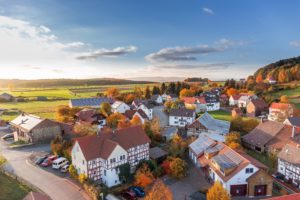 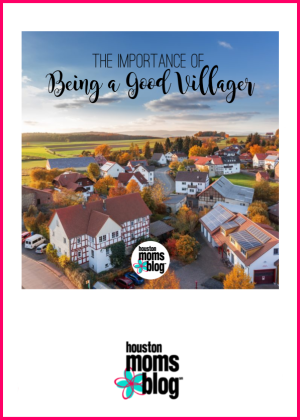