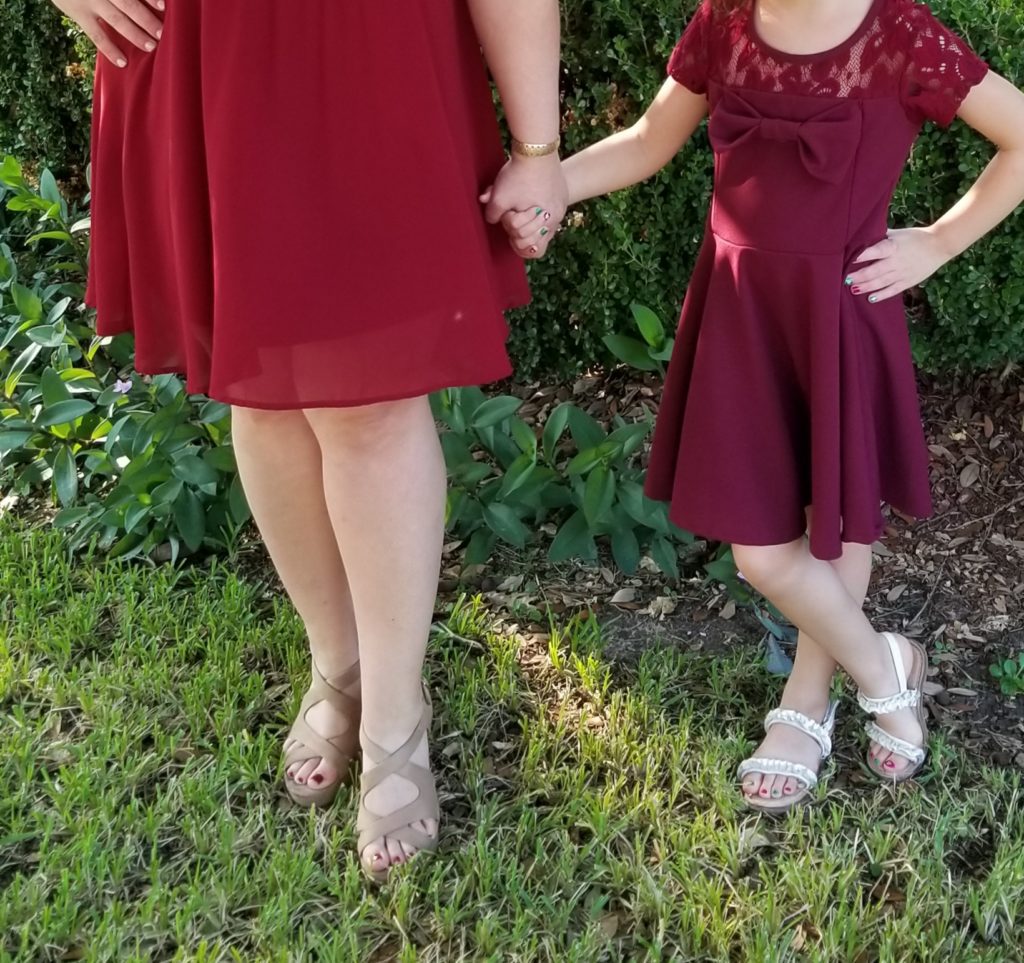 Her name still makes my right eye twitch and the hair on my arms stand at attention. Theresa. Such a foul human being {I’m sure she’s not. Like any rotten antagonist, she likely grew up and married a senator and has 2.5 kids and a golden retriever.} But in junior high, she was miserable and she made my life equally problematic. Whether or not she realized it at the time, her incessant picking at me and relentless teasing caused me to act out in fits of fury fueled by self-preservation—not always at her—but at anyone I came into contact with following my interactions with her. She became my “mean girl.” And to this day, I side-eye anyone unfortunate enough to bear that name.

Now, 20-some-odd years later, I stand in the corridor looking at you with your eyes ablaze, cheeks reddened, ready to annihilate me and dissect every one of my parenting decisions. You’ll tell me I should spank more or eliminate processed foods, limit screen time or douse her sheets in essential oils—whichever remedy your family is into. Meanwhile, I’ll apologize profusely {and I’ll mean it}. Without looking at her I know she’s standing behind me with eyes as round as saucers chewing on her index finger and swaying back and forth. She knows what she did was wrong. It’s not that she doesn’t know she’s not supposed to kick your daughter if she doesn’t let her use her iPad—she simply “forgot.” And before you storm off with your angel in tow, you’ll say it. You’ll label her the mean girl and you’ll tell your darling {while still in earshot} not to play with that girl anymore.

Now, I’m not excusing her behavior {and I assure you, we have our repertoire of consequences that are doled out accordingly}, but before you cast her into exile or spin-off into a discussion of her transgressions around your dinner table, I ask you to make a few considerations. Come be a fly on our wall for a spell.

Before our girl came to us, she was exposed to some situations that were not very kind. She was taught that striking someone was not only acceptable but the preferred method of handling almost every emotion:: anger, fear, frustration—in some cases even excitement. She was not given the kinds of boundaries you and I might expect. She was allowed to flounce and wallop without an ounce of correction.

I know you have to protect your child, as you should. But what if I told you that mean girl you see has created a tortoise-like shell out of an instinctive need for survival? She is merely striking before she is struck. When she is faced with what she perceives as aggression or correction, her fight instincts kick in and the wall shoots up. Her brain no longer registers your sweet seraph clad in glitter and pigtails standing in front of her. She sees a seven-foot aggressor coming in palm exposed and ready to peel more flesh from her trembling frame. And…she acts.

I plead with you to see her from my side of the playground. Sit with me on this bench; share some cheese crackers and a juice pouch. Watch as that lonely mean girl stares at the ground swinging her rainbow shoes because she has scared all of her friends away with the spontaneous and aggressive reactions that she herself doesn’t understand. Help me calm her when she’s convinced that everyone hates her. While you’re shaking your finger and raging on Facebook rallying your cyber troops, remember that I’m at home trying to convince my girl that while there are consequences, no one will physically harm her as a result of her poor decision—and I’ll have the same exchange tomorrow.

She’s not always like that you know. She loves art, books, games, mermaids, and she’s extremely creative. She can get a little bossy at playtime {we’re working on that}, but it’s partly because she gets so darn excited and she wants to share her new idea which is quite possibly the “best one ever.” She introduces herself to everyone and tells strangers that their babies are adorable. She gets excited on Tuesday about church next Sunday. I bet if you sat down and played with her ponies for a little while you’d see, she’s not that different than your “perfect” sweetheart at home. 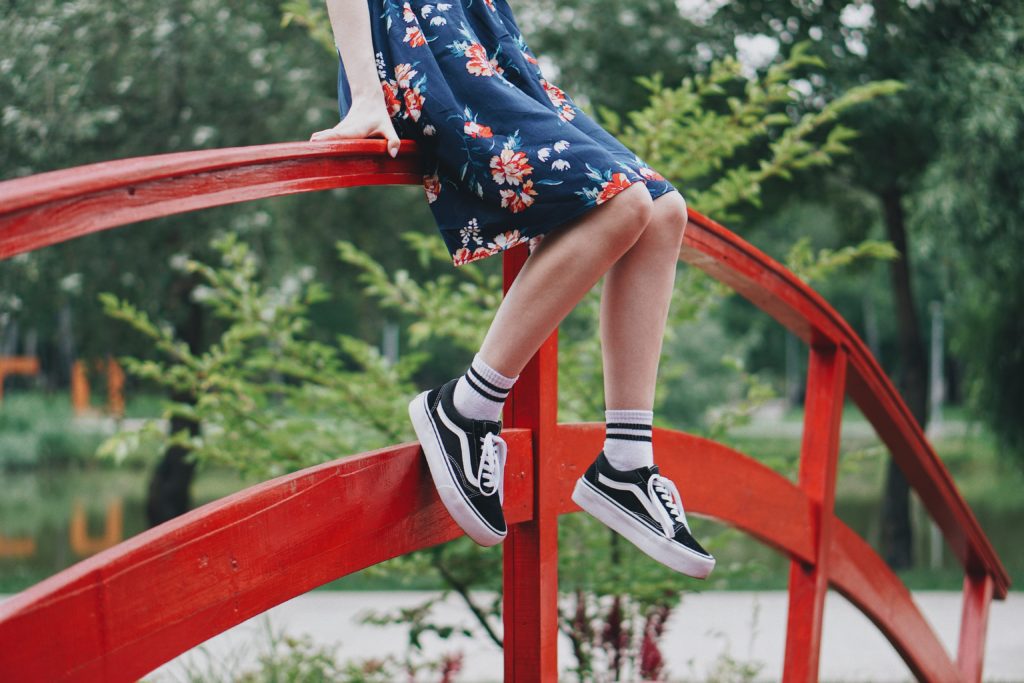 I get it. Sometimes parents are just jerks and they create little mini jerks that terrorize other children who happen to be in their wake. But sometimes, every once in a while, there’s something else. Something that runs a little deeper. Pieces of the puzzle that are a little more difficult to fit together.

I’m not asking you to turn the other cheek or ignore behavior that is potentially harmful to your student. Even she needs to be taught different coping mechanisms and behavioral skills. I’m simply asking that before you post your rant or conduct your own tantrum, consider that there may be more than what you’re seeing. Have a conversation, ask some questions, and have compassion for the mamas of mean girls—it hurts our hearts, too. 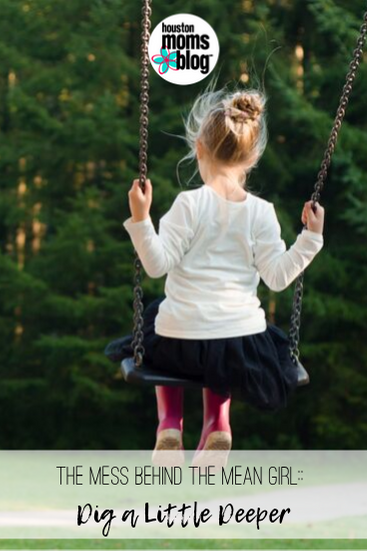 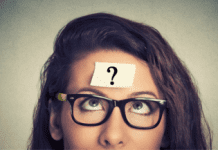