We hear a lot about kids and boundaries. As parents, we need to establish firm limits, but we should also expect kids to constantly test them. We can see this in action when children try to stretch their bedtime routines with yet another request for a sip of water, a story, that special song, two hugs, one more kiss and a partridge in a pear tree. Now with a tween in the house, boundary testing looks a little different. It’s still a sport around here but the stakes are just higher. 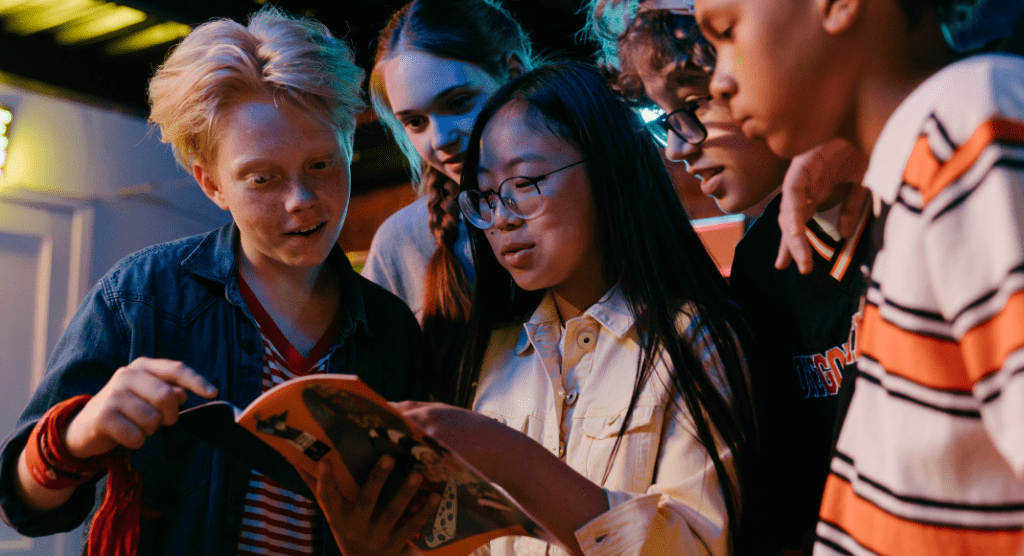 Mad as I was that my son was trying to stretch his allotted screen time out behind my back, I reminded myself not to overreact. He was just doing what is developmentally appropriate, but he definitely still got punished because he broke a house rule. Tween boys especially, are looking for a little bit of danger and a little bit of risk.

My 5th grader stayed after school for an activity this past year. It ended much earlier than he anticipated but instead of waiting for me to pick him up at the agreed-upon time, my tween decided he would walk home. He hoisted his 18-pound backpack onto his shoulders and trekked the one mile back to our house, crossing a busy intersection that always makes me nervous.

I was shocked to find him standing at the front door ringing the doorbell that afternoon. “How did you get home??” I asked. “I walked,” he replied simply. I asked why he didn’t ask a friend’s parent to use their phone to call me. “Where’s the fun in that?” he said. He was right. Boys his age need to have a little adventure and I was glad he had his.
But not all tween boy adventures are acceptable, especially when they border on the criminal.

Just the other day in my neighborhood, a tween boy was caught on video trespassing on property and stealing a Black Lives Matter sign. Meanwhile, another boy was seen on camera riding his bike up on a lawn and kicking another neighbor’s sign while his two friends watched from the sidewalk. One lady posted on social media that ever since she’s put out a similar sign on her lawn, boys have been ringing her doorbell and running, or knocking on her windows late at night.

Underneath the post about one of these events, someone commented that perhaps it was just a case of peer pressure, because “young boys do dumb things.” I don’t disagree with that sentiment, but I was still glad that the overwhelming response were of ones of shock, dismay, and condemnation. I understand tween boys wanting to flex their muscles, but some things are just not OK.

I honestly did wish it were as simple as tweens testing out boundaries. Unfortunately, there were other incidences in our community that made me think otherwise.

Recently, another neighbor mentioned on social media that she saw a group of tween boys, some on bikes and some on foot, in the middle of the street. They were stopped by a police officer and asked to move out of the road. Instead of being appropriately chastened, one of the boys in the group actually yelled out “hands up, don’t shoot” and laughed.

My jaw dropped when I read that. I couldn’t imagine my son or any of his friends doing this – in fact, I think most of them would probably be close to tears if they thought they were in trouble with a police officer. For many of us, getting pulled over is an anxiety-inducing situation. {For some, it’s a matter of life and death.}

What stands out to me is that even if it was just one child behaving badly, there were often other kids along for the ride who may or may not be innocent. The majority of those boys in question might not be the one mocking the police officer, or the one that stole the signs, but once caught up in the crowd, it won’t really matter. As the saying goes, it takes just one bad apple.

Tweens are not only starting to enjoy the adrenaline rush of doing something risky, they are by nature starting to define themselves in friendship groups. It’s more important than ever for parents to have a talk with their kids about who they choose as friends. Encourage them to speak up when their friends are about to make a poor decision. Empower them to break from the pack when it becomes necessary.

While it’s true that my husband and I can’t teach our kids how to react to every situation they might come across, I hope and pray that the values we teach them at home will guide their decision making as they navigate these tween and teen years, especially as they make new friends. Bad apples can spoil the bunch, but enough good ones can also prevent innocent escapades from devolving into something else entirely. 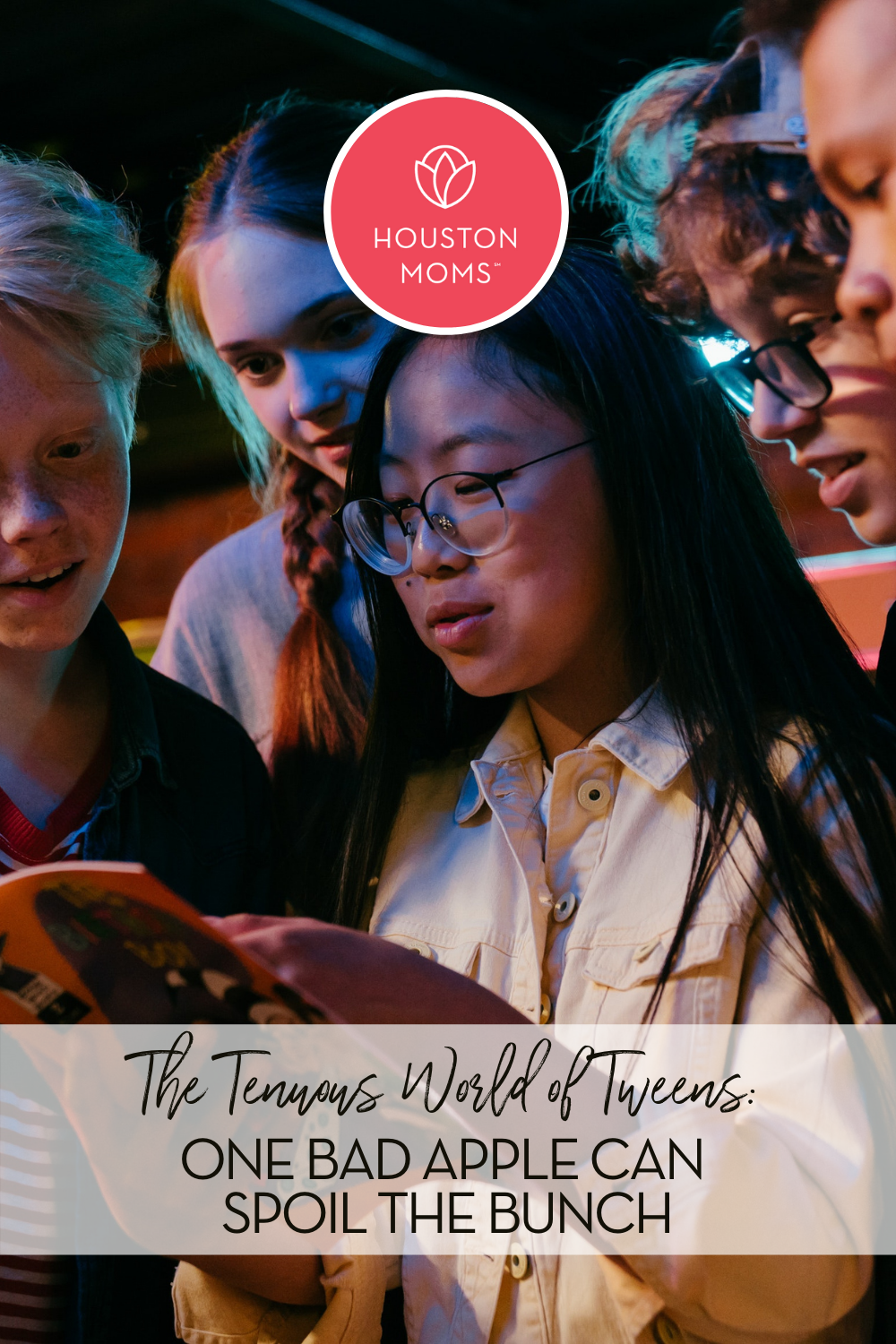 Parenting Through the Preteen Paradox

What is she saying?:: A Guide to Generation Z Slang

Confessions of a Tween Mom:: We Weren’t Ready. Period.