I am the oldest of three girls. The younger two are twins, and I’m the oldest by eight years. So when my husband Aaron and I began talking about starting a family, the question – “What about twins?” – came up. Without hesitation, I thought it would be great! It would feel like normal because I had twin baby sisters. I had a well-rounded view of twin dynamics in a family, especially being eight years older, I remember a lot. Not only that, there are four other sets of twins in our family {that I know of}. Four! That’s a LOT of twins!

So the thought of twins didn’t intimidate me – it filled me with nervous excitement!

When we were matched with our twins, I couldn’t believe it. It sounds so cliche, but it was a dream come true. For over four years, we had been wanting and desiring just one baby, but now we would be mommy and daddy to TWO. Being mommy to twins is definitely a lot different than being big sister to twins, but it felt so familiar that I feel like I just slipped right into the routine. That may be the baby amnesia talking, but it didn’t feel any different than the last set of babies I was around {my twin sisters}. Maybe it didn’t look so put together to the outside world; to everyone else it might have looked sleep-deprived and chaotic, but I guess that’s motherhood. Aaron and I quickly fell into our twin parenting groove, and before you know it, we had an established routine that felt natural. 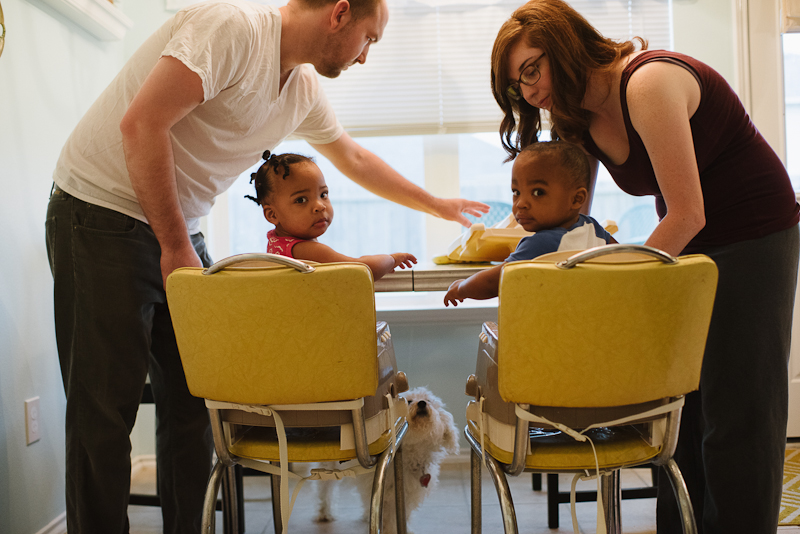 One day a few weeks ago, I was perusing around Facebook falling for all the click-bait articles in my newsfeed, when I stumbled on an article about I-can’t-even-remember. I might not remember the article, but that doesn’t matter because as I was reading through a few of the comments, I read something that broke this twin mama’s heart in two. It said…

“I hope that woman is cursed with twins!”

That sentence smacked me across the face like an angry Victoria Grayson.

“Cursed?!” There’s absolutely NO WAY twins should be equated with a curse! Since when is any child considered a curse? No, every child is a blessing. There are challenges, sure. But never a curse. 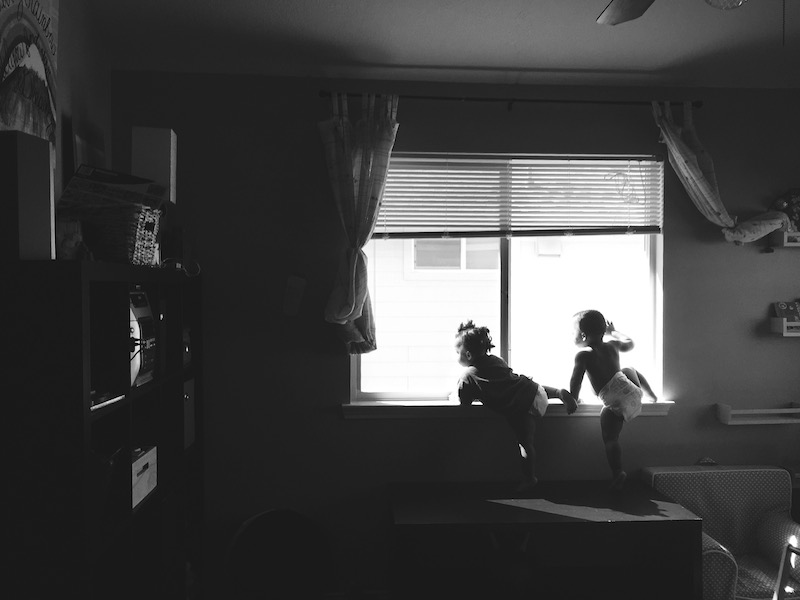 I’m not trying to sugar-coat it and say twin parenting is easy. It has it’s challenges. I’m petrified of the day they run in different directions while I’m flying solo. Or how they help each other try to climb out of their cribs. Or how they fight over the same toy even though there is an identical toy right. next. to. them. But even with all of its logistical challenges, being the parent of twins is F.U.N. This anonymous commenter, bless her soul. She has no idea what she is talking about.

My kiddos, even at 17 months, are the best of friends, and it’s so much fun to watch! I’ll find them giggling with each other in a corner. Sometimes I’m a little paranoid they’re giggling AT me, but I don’t worry about that too much. Also, as a work-from-home mom, I’m so thankful that they have each other to play with while I try to get some work done on the computer. They love each other! When they’re separated, they’re always looking around for one another. When I moved their cribs across the room from each other {read previous paragraph about helping each other out of their cribs}, I watched them over the monitor scream while simultaneously reaching their arms our for each other like Kate reached our for Leo at the end of Titanic. It was sad {but necessary for all of our sleep}.

2. Twins recognize each other immediately and cling to each other.

Maybe this isn’t the case for all twins, but…I loved that my kiddos had each other, especially in our adoption situation where placement is trauma for any child. Yes, we’re a loving family, but they had a home for nine months and were separated from that. It warmed my heart so much that they had each other when they came into our home because after sharing a womb for nine months, they at least had something familiar. They would find their way to each other while they slept. And it comforted me to know that they were always together.

3. Twins have their own twin speak.

Sure it doesn’t make sense, but they seriously have their own language. Sometimes, it’s even telepathic because they just look at each other and seem to nod in agreement. But when I hear them in the back seat or in their cribs or on the floor playing and just babbling at each other? Oh my, it just melts my heart.

4. Having twins is a team effort.

I feel like, because we do have our hands full at times, that our family and friends willingly pitch in which makes parenting not feel so isolated. Because, c’mon, sometimes it does. It warms my heart to see our friends and family just jump in with our kids because sometimes we need 6 or 8 hands for 2 kids. It’s humbling for us to realize we just can’t do it alone, and it makes me so happy that our kids have a support system around them to help them {and us} out when we all need it.

Before I was a parent, I just did not understand why anybody cared that their baby rolled over, or clapped, or stood up on their own. I was a little insensitive, I’ll admit. But then I had kids, and I TOTALLY UNDERSTOOD. But guess what? TIMES TWO! How fun is that? Not only do I get to watch one baby grow, I get to watch two babies that are the same age hit milestones around the same time. On top of that, you go through all the stages at once! When the teething happens, it happens BIG, but it only happens once even though there’s two babies.

This might not sound like a blessing, but hear me out. Now, I don’t pit them against each other because…just…no, I don’t want to do that. But there’s this little part of them that is naturally competitive. Cason wanted to walk because Gracie was. Gracie wants to climb in her chair because Cason can. They’re constantly looking at each other and pushing themselves to try to mimic the other which has simultaneously helped them reach milestones. It’s been so interesting to watch! This also goes the other direction in that, Cason wants to dig in the trash – so Gracie wants to. Or Gracie is throwing things in the toilet – so Cason wants to. And over the years, we’ll have conversations about how they’re both special in their unique ways, so they won’t need to mimic the other…but instead be themselves. But that’s for a different stage. For now, the good, healthy things usually outweigh the bad, unhealthy things.

7. Twins are twice the love.

You know what’s an amazing feeling? When both of my kids come plowing into me with hugs, kisses, and giggles. You think that’s a curse? You’re off your rocker.

So while being the parents of twins has it’s challenges, its tears, and its ups and downs, I would never, ever say having twins is a curse. Watching two people grow at the same time and become their own individual personalities, it’s so fun. Plus, who can resist this?… 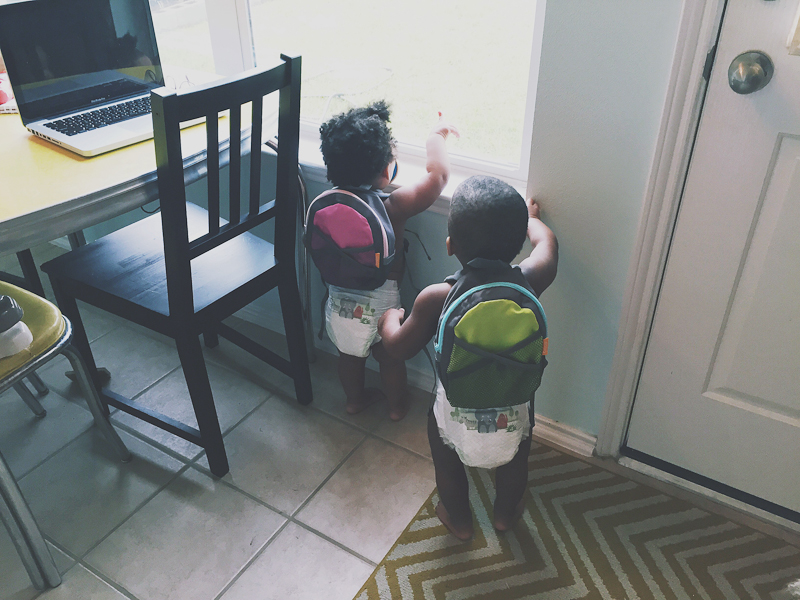 Any twin mamas out there? What is YOUR favorite part of having twins?