It’s been seven weeks since Hurricane Harvey, and if you were to venture outside for any reason, you would not necessarily get the vibe anymore that our city was declared a federal disaster from a Category 4 hurricane. You would no longer detect that over the course of a six-day period, 27 trillion gallons of rain dumped on Texas and Louisiana, or that estimated costs from the losses from Harvey amount upward of $80 billion. Or that it will be years before the city and its infrastructure is completely repaired, rebuilt, and better prepared for natural disasters in the future.

But if you take a closer look, you will see that thousands of homes are now vacant, under construction for a re-model or re-build, or even slated to be demolished. Thousands of cars on the road are newly purchased, still without license plates. And if you look enough strangers in the eye, many will still appear exhausted, overwhelmed, and barely staying above water {pun intended}.

Within days of the catastrophic natural disaster, certain terms were coined that each resonated with me in their own ways. I loved the #HoustonStrong motto, because it so beautifully and succinctly describes our city as a team, and makes me proud to be a Houstonian. So many people were doing good and helping those in need.

Then there was #TheHarvey15, and no doubt I gained some pounds {hopefully not 15!} as I frantically shoveled down any food that people handed me for the first week or two after the flood. Any previous commitments I had to eating well completely went out the window.

My least favorite term, however, is “Survivor’s Guilt.” There are two irritating things about this. First, because I’m so literal, people who did not flood were the ones using this term … but they weren’t actually survivors. I am someone who flooded, and I didn’t perish; therefore, I am a survivor. The people who didn’t flood could have called it “non-floodie guilt”, or something to that extent. On top of that, I understand that all these non-flooded people felt helpless for the ones who did flood, and I believe that everyone appreciated their empathy. But from my perspective, I didn’t have the time or energy to single people out and judge them for not flooding. I wouldn’t wish that circumstance on anyone. And also, I was too busy picking up the pieces of my own life to scrutinize if any non-floodies that I knew were doing anything on their end to help. I’m venturing to guess they manifested the guilt they were feeling upon themselves.

When the non-flooded friends in my life approached me post-flood, I could sense a sort of tension – like they were all walking on egg shells around me, trying to formulate the best statement or offer some form of help that wouldn’t offend me. They didn’t want to say the wrong thing. Maybe it’s just me; but again, I didn’t have the time or energy to worry about how a statement was being delivered. The fact that they said anything to me, acknowledging my struggle, that alone was enough. And it was appreciated.

As I mentioned in my aftermath story, my friends, family, and community were absolutely amazing after Harvey. I honestly can’t express enough gratitude for everything they did. The support was above and beyond what anyone could ever hope for. And I don’t want to come off sounding negative when I express what’s going on in my brain now that so many of us are on the road to recovery. But as with every other huge event that takes place in history, the excitement and buzz eventually fades away. The news coverage dies down. And people {i.e. the non-floodies} usually move on with their lives, and they eventually forget about that huge event and all of the people who were directly impacted.

A few weeks after the storm, my children’s school opened back up, and after dropping off my kids one morning, I ran into a dear friend who had flooded for the second time in two years. We ended up talking for nearly 45 minutes, commiserating with everything we had to do and decisions we weren’t ready to make. The main commonality we found was that people who have never flooded, no matter how awesome and well-meaning they are, they just don’t know how to relate to those that have flooded. They may or may not have reached out, which can bring about its own subset of disappointments. And if they did reach out, after only two weeks, they tend to act as if nothing ever happened. Very few people, besides family, check up on us, and very few ask if they can do anything to help. No one calls and offers to watch our kids while we go back to our damaged houses for the umpteenth time to do more work that is still needed before we can rebuild. That’s life. And we’re not offended. We don’t hold this “moving on” against anyone. But it does happen. And it is hard to accept that after a while, you’re on your own.

So, my message to those who didn’t flood, and who may have felt guilty about it, is to please try not to forget about the ones who were directly impacted ­– the actual survivors. We still need you, and we will still need you for likely another year. The road to recovery is very long, and it gets very lonely. If you really want to help, my plea is that you remain vigilant about checking in on us, asking if you can help us, or really just lending an ear. Your constant support is something that will not go un-noticed. And it is more helpful than you will ever imagine.

Ask your friend to coffee, or bring her a meal. These days, we hardly do anything enjoyable or social. Although it might seem like we are too busy or have too much going on, we are actually in desperate need of a break from it all. Your offer will likely be taken up quickly and enthusiastically. Volunteer to watch your friend’s kids so she can go on an actual date with her husband, where she actually tries to put herself together and wears a dress or skirt for the first time in seven weeks. Offer to take her with you to your next manicure or pedicure, because I could venture to guess that she hasn’t taken one look at her nails for a very long time and they are likely in a very sad state. And if nothing else, keep calling her. Keep texting her. Keep letting her know you are thinking of her, and that you wish her well.

My dad often tells me that we live in a world where we have the common misconception that our lives are generally stable, but this is simply not true. Life is ever-changing and unpredictable. Things happen all the time. It might not have been you this time, but it could be you next time. It might not be a hurricane, but you might be the survivor next time. And if you are, you will hope to have the long-lasting support of your friends and community, just the way you continue to support those you love today. 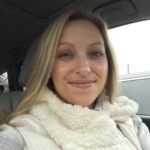