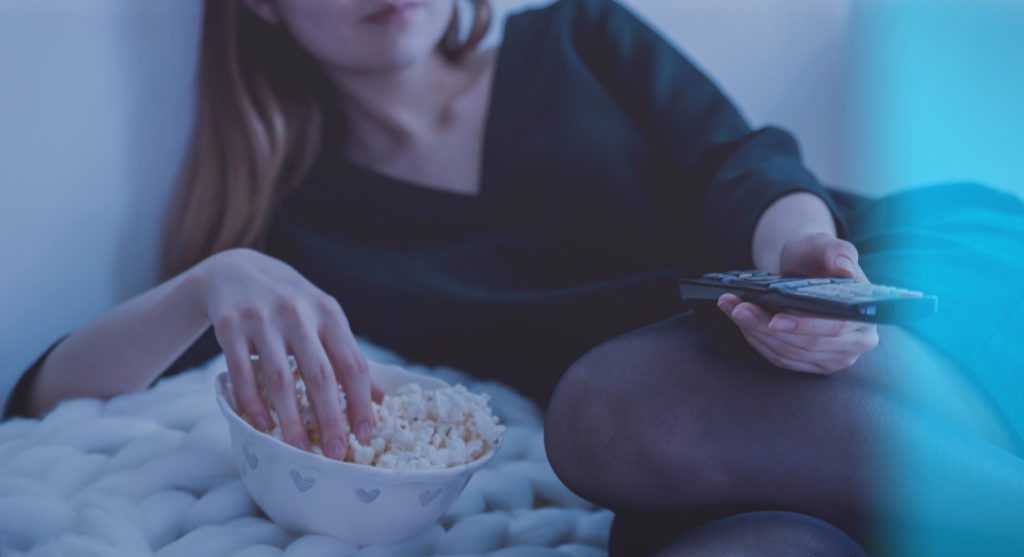 This past week I spent countless hours researching the cutest, feel good, cheesy holiday movies on Netflix for your enjoyment—you’re welcome! I would tell you that there are spoiler alerts, but the reality is you already know what’s going to happen:: Tragic Life Event leads to a chance encounter with a single guy with super cute kid(s). The main character then gets twisted into a hidden love that said character tries to deny. However, everyone {including us!} can see how much they are meant to be together. Add a chance meeting with a magical character and some random snow…Voila! Happily, Ever After!
It’s super corny, but we love it anyways. Nothing says Christmas like snuggling up in your comfy pajamas and sipping from your favorite mug while you watch a grown up fairytale. So, without further ado here are the Top 5 Hallmark-esque Netflix holiday movies you should be watching:

Want to teach your kids a thing or two about what being spoiled looks like? Then this is a family movie, complete with a love story for you all to enjoy together. In this story a single dad {cheesy movie staple, right?} is raising his 4 kids on his own. Things aren’t all that bad because he is a successful radio DJ. To make up for the loss of their mother, he brings home lots of money and ‘things’ to spoil them with. When his radio company decides to go a new direction, he basically loses everything. With no savings to stand on, he is forced to move from his sprawling home back to the tiny house he grew up in. Will DJ Daddy find love? Will his kids learn to value all of the things that money can’t buy? *wink wink* You’ll have to watch and find out!

In a twist of events, Santa is the single dad! But don’t worry he has his lovely daughter to take on the family business. Like any angsty teen, she doesn’t want to follow her dad’s footsteps. Instead she applies to a college in the ‘real world.’ Santa begrudgingly agrees to let her go, only if she takes her Elf-In-Waiting with her. The crazy part is the antagonist is a slightly creepy Jack Frost who is trying to get his son to marry Santa’s daughter. Will Santa’s daughter choose to follow the family business and save Christmas? Or will she choose true love instead?

#3 Holiday in the Wild

Right after her son leaves for college, Kristin Davis’ husband pulls out a suitcase and says that he is leaving her. Instead of giving up on their holiday plans, she flies to Zambia alone to find herself {a la How Stella Got Her Groove Back}. Rob Lowe makes an appearance as the Christmas hottie in this movie and you’ll have to watch to see how they both end up. Bonus: The movie was filmed in South Africa and gives a real-life glimpse into what the country looks like. My favorite line from the movie is when one of Kristin Davis’ friends ask her what Christmas in Africa is like and she responds:: “I can’t speak for the whole continent, but here they celebrate all week and the gifts are homemade.”

In this movie the magic is found in an Advent calendar that seems to operate all on its own. It predicts the future but doesn’t warn her about the breakup and loss of a job that send her into a downward spiral.
The first thing that caught my eye in this movie, is that the main character’s family is interracial! Even though its corny, we all want to see ourselves in the movies we watch. Will the magical Advent calendar lead her to love? Or teach her a lesson about old school romance? You’ll have to watch to find out.

# 1 The Knight Before Christmas

Super handsome Medieval knights don’t just fall into your lap, after your crazy- ex leaves you? No?? Well for Vanessa Hudgens it does. She almost runs him over and causes him to ‘lose his memory.’ Despite pleas from her friends and family she invites him to stay in her house until he regains his memory. The problem begins when he tells her that he must go back home to support his brother who is getting knighted on Christmas Day. Will this knight choose love over honor? Well thanks to the magic of Christmas {and streaming networks showing a plethora of holiday movies}, you can open a screen on your browser and find out!

Here’s to holiday movies and having a Netflix and Chill season!