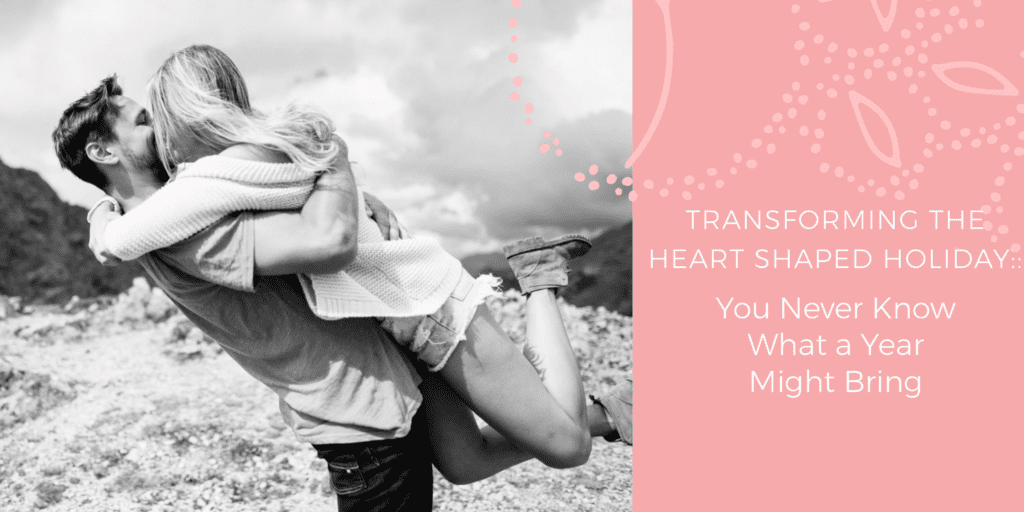 On February 14th of the year that I was 21, love was the last thing on my mind. I woke up that morning with a cold heart. It had been many a Hallmark holiday since I was a consumer of chocolate hearts. I intended to show the world my disdain for all things cute and schmoopy and red. My mix tapes included most of the songs from Melissa Etheridge’s “Yes I Am” album, and my soul sang “You Oughta Know” better than Alanis herself. I was the self appointed president of the Relationship Hating Club. On the morning of the dreaded holiday, I prepared for classes by dressing from head to toe in black. Black jeans and a hoodie would not do that day. I wore a dress. And boots with high heels. And panty hose. All of this to walk all over campus for a full day of my anti-love protest.

I shared an apartment with 3 other young women and love was blooming in other hearts. There were flower deliveries and even a card sent from one roommate’s out-of-state boyfriend to the other 3 of us. It was his gracious reminder to us that not all men were slime. I was not convinced. My black eyeshadow and continual frown let all who encountered me that day know that I was unimpressed, angry and destined to be a jerk should you try and change my attitude. Just ask the friend that left cookies on my doorstep after encountering me earlier in the day. Not even he could crack the ice.

When Love Seems Far Away

Fast forward one year. It was February again and the displays at the campus bookstore reminded me that once again, the world needed to suffer. There had been not one promising act of romance in the past 365 days and my attitude had not improved. As a senior in college, I had already planned to leave the state to go to graduate school. I thought surely there was more to this world than Texas boys. As the dreaded day approached, I was reminded by friends that the 15th was a social function and I was supposed to have a date. This was of exactly zero interest to me, and I was happy to go alone. Seeing that I was clearly not going to advocate for myself, a friend suggested that I go with a “friend” of hers from another college. I was no dummy nor a stranger to this act. Set-ups were a reoccurring theme that only further solidified in my mind that I was never going to meet anyone worthy of a second date.

Here is where the story gets interesting. Imagine with me the phone call to arrange such a occasion. Once we passed the niceties, it was clear that the details of said party would be complicated. Seeing that we were in the days of paying by the minute for long distance service, we hardly knew much about each other, nor cared to invest in long calls to explore a possible connection. Sure, he could come to town for the party on Saturday, but if he was making the drive, why not come on Friday and we could meet?   As the story goes, the mystery fellow sheepishly asked what my plans were for Friday {the dreaded day of red}. This was a move that his friends highly discouraged. This was a risk. If she had no plans…this could signal trouble…why does she not have a date? If she had plans already, why were we being set up the next night?

It was with equal parts concern that I admitted, in fact, I had no plans. I’m sure that I added a snarky quip about hating the stupid day of love, but I cannot recall the quote. With much trepidation, we agreed that he would come on Friday and we would eat at my apartment. There would be no restaurants or fanfare. This was just like any other day on the calendar, right? No pressure. He arrived on time {plus}. We ate and he did not complain about my cooking {bigger plus}. He had bad shoes and his hair, well…

There is a First For Everything 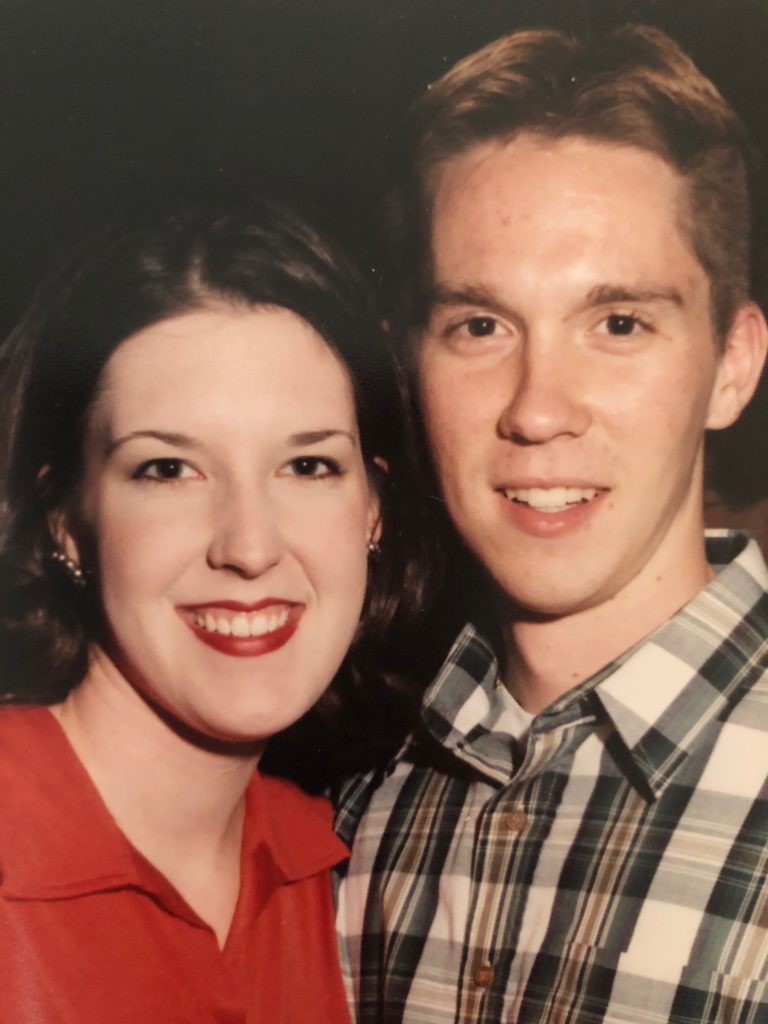 As you can already tell, this was not love at first sight. But, we didn’t hate each other at the end of the night, so by my standards, he was good. Certainly, he was adequate for the date party the next day. So we went. We wore costumes {as it was a costume party and I needed to have the best one in the room} which I learned is on his list of least favorite things. We tried to dance which I learned is even higher on the least favorite list than costumes. We did, however, laugh. Quite a bit. Which I learned was going to be so key. This laughter was particularly important in the next 3 days.

It was with all the fire and hatred of years of bottled anti-lovey angst that I began stalking him the moment he drove from the city limits. I was sure, like the many before, that I had seen the last of that tall guy with the smile. I knew his email address before he made it back home and I had pre-written the letter to be sent in the days ahead when my phone did not ring as promised. But it did.

You see, this Valentine’s Day blind date of mine has been my husband for the last 21 years. We have spent February 14th on trips, in the throws of post-partum tears, at school parties, at restaurants, with friends, with family, grieving, smiling and most importantly together. There is not one person in this world that I would rather harass about his hair or be proven wrong by more than the one who transformed my outlook on the over commercialized day of ick. For us, it is a day to remember the goofy love of our naive 20s, but it is also a day to be reminded that the real appreciation for celebrating our 23rd February 14th together comes through hard earned battle scars and a lifetime of laughter. 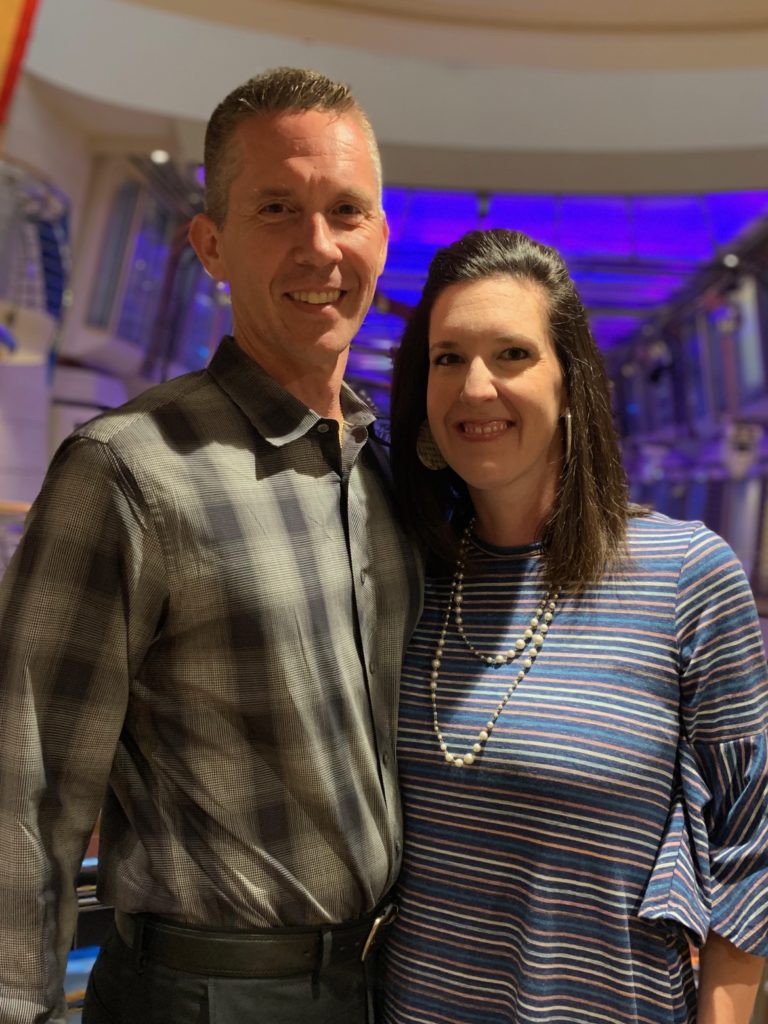 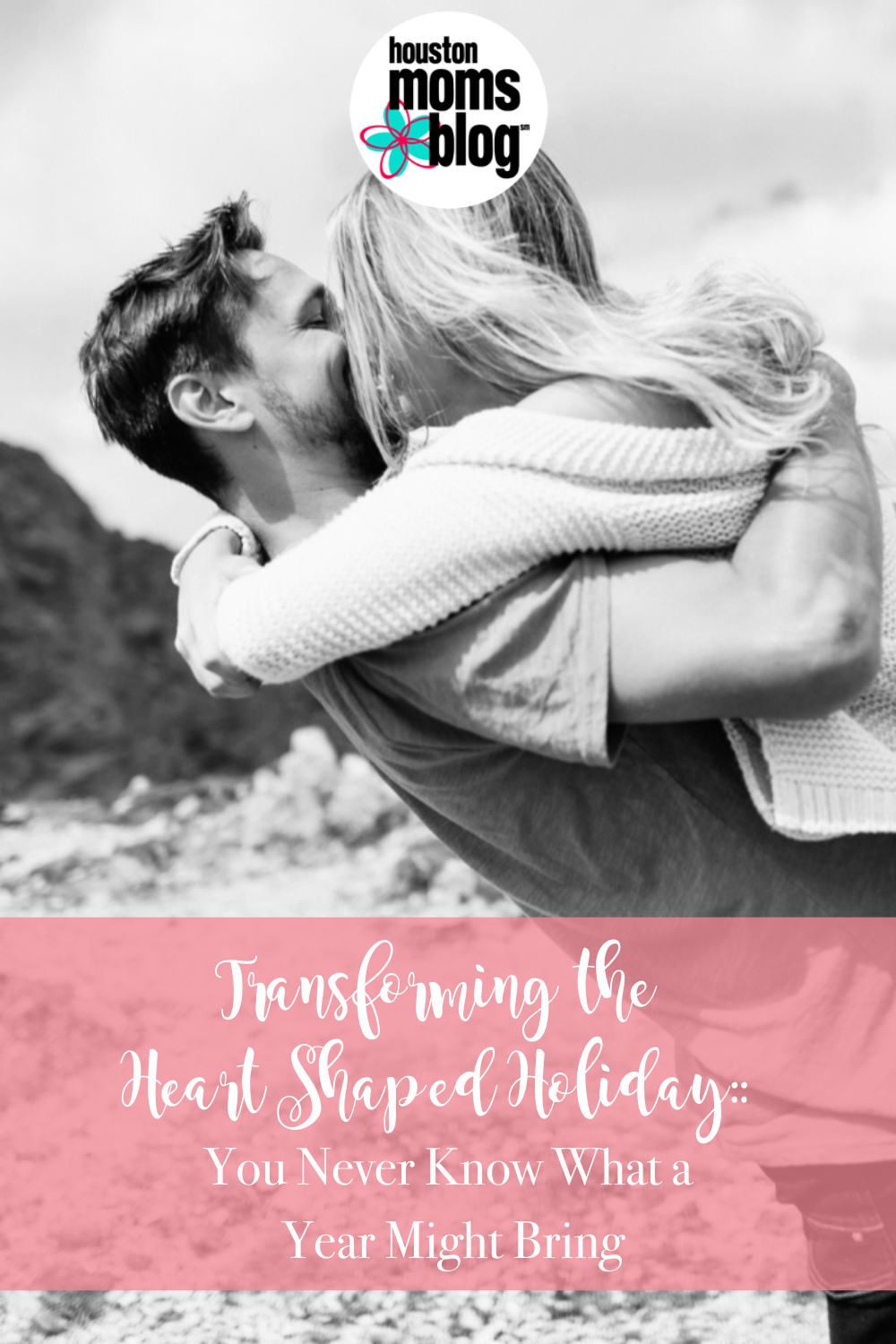