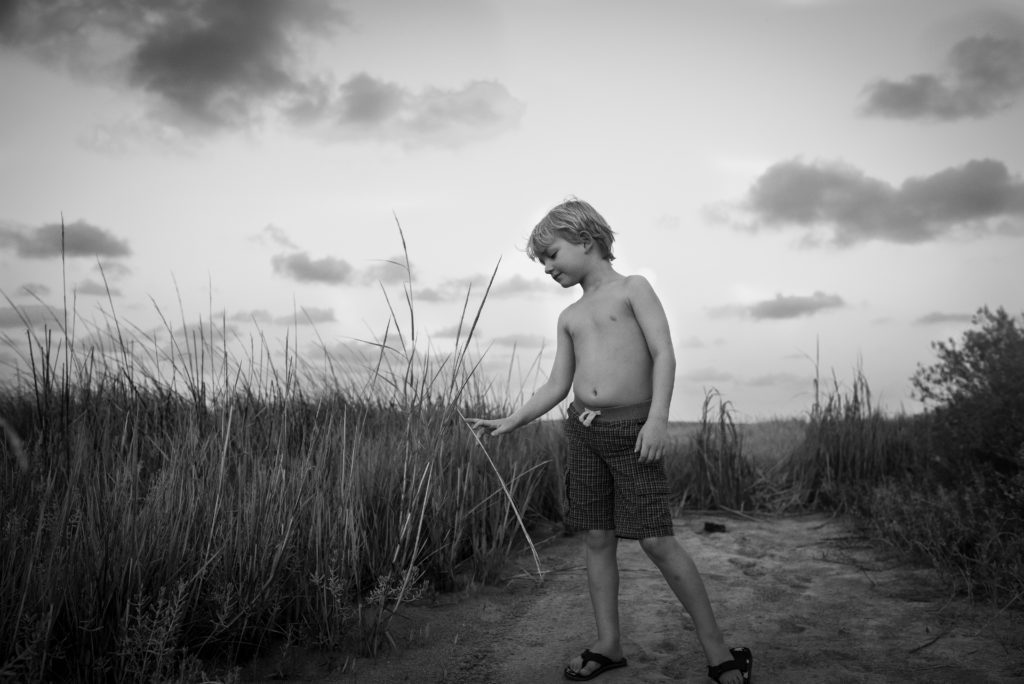 “What do you think, buddy?”

I pushed the loose strands of hair out of my face, their curls whipping my skin in the salty air and stinging my forehead.  He looked out over the ocean, his own summer-grown mop of straw being tugged from his head as though the wind were trying to steal the golden strings to ferret away for its own collection.  His sandy eyes matched the landscape on which we were standing, the endless rough particles seeping between the toes of our bare feet.  His pediatrician, a man who has seen at least seventy years’ worth of children, once asked me what color I would use to describe Sawyer’s eyes because he could not decide what to put in his chart.  “Sand,” I said.

“Do you think you’re ready to go in?”  I asked.  His internal struggle was almost visible, or maybe it was just the push and pull of the force of the evening wind on the coast.  In all of our years on this beach, he never asked to go into the water, choosing instead to stay on the shore, safely in the place he knows.

A final shaky intake of breath, and I saw him relax, a more peaceful expression replacing the furrowed brow and clenching of the eyes and a curiosity igniting his features.  “Yeah,” he said, turning to me and nodding his head.

He placed the bucket of shells we gather together each visit at my feet, a collection of tiny memories that we store in a colored glass bottle covered in fishing net on our table.  A few weeks ago, he threw a pillow in the direction of the glass bottle and it shattered on the floor.  He cried like his it was his heart that lay broken in a million tiny pieces, not realizing that while the structure may break and alter, the shells inside remain precious and intact.

My family went through a divorce last year.   After years of clinging to the safety of a certain level of unhappiness, its virtue lying in that it was a known level of unhappiness, I stepped away from that shoreline and into the waves, knowing that necessary change is a part of adulthood and that the future, while murky and cloudy and full of the unknown, is just as likely to harbor wonderful mysteries and new experiences…a different structure, but the shells inside remain precious and intact.

Having made his decision, Sawyer ambled over to the water’s edge and took three quick hops through the waves and paused.  I held my breath for a few beats waiting for the reaction to the breakdown of an eight-year-old barrier.  The wind tossed his giggle back to me before he turned around, flashing a gigantic smile and holding his hand out to his sister who followed him into the foam, all fairy hops and copper curls.

“It’s good!  It’s good!” he said with an enthusiastic nod of his head, while Birdie struggled to keep her balance in the shifting waves.  “A little colder than I thought, but it’s still good.”

I watched them navigate this new experience, together, hand in hand, while the sun breathed its last sigh and I ran my fingers through the shells we collected, memories to be added to their predecessors in a new colored glass bottle, resting on our table. 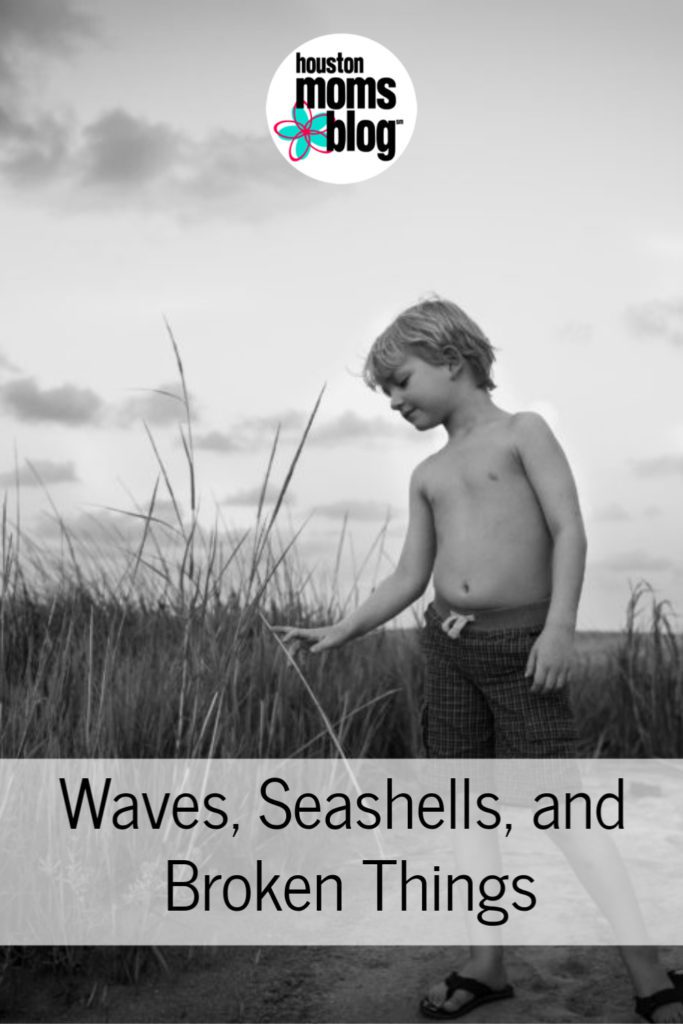