I am not much of a Black Friday shopper, but this past year, I made a single impulse purchase the day after Thanksgiving: an Instant Pot. Amazon was selling them for a steal, and the internet was all a’buzz about this supposedly life-changing appliance. So with a swipe of my finger on my Prime App, I jumped on the Instant Pot bandwagon. And I’m here to tell you that my life has indeed been changed.

Confession :: Cooking for my family is not something I particularly enjoy. I do it because I have to, but I dread the planning, shopping, and most of all the cleanup. So any appliance that makes this domestic chore simpler and faster automatically wins a spot on my kitchen counter. 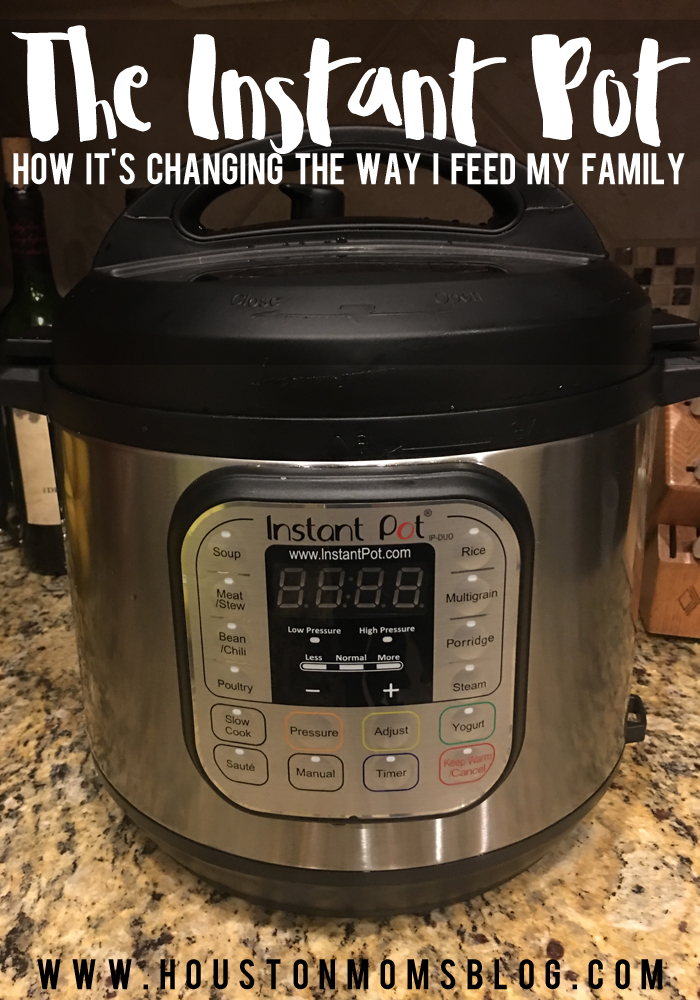 The Instant Pot is So Much More Than a Crock Pot {but you can use it as a slow cooker}.

The Instant Pot {or Instapot as it’s affectionately called by its fans} is a single electric appliance that has either 6 or 7 functions, depending on the model. I purchased the 6 quart, 7 in 1 model. In addition to being a slow cooker, its other talents are being a pressure cooker {probably its most famous ability}, a yogurt maker, rice cooker, steamer, sauter, and warmer.

It’s Easy to Use.

Admittedly, when I first took my InstaPot out of the box, I was really intimidated by all the buttons, as well as the user manual. But instead of staying fearful, I decided that the worst that could happen was a ruined dinner, and I dove right in. Once I learned the basics, as well as pressure cooking terms like “Quick Release,” “Natural Pressure Release,” and “Pot In Pot,” I realized that the actual cooking is easier than any method I’ve ever tried.

You Can Make {almost} Anything.

From sweet to savory, breakfast to dinner, there are countless InstaPot recipes. The internet is chock full of blogs and websites that share these recipes, as well as tips and tricks to getting the most out of your appliance. I’ve joined three Instant Pot Facebook groups that are an endless source of information. And there are also tons of specialty recipes available for those with dietary restrictions or allergies.

It Cuts Down on Cooking Time.

When you use the Instant Pot as a pressure cooker, your food cooks a lot faster than on the stove or the oven. Also, you don’t have to “babysit” the pot at all: just throw in your food, lock the lid, push a button, and walk away until it’s done. It certainly makes the dinnertime “witching hour” much more manageable and less stressful, and it makes good, satisfying meals possible in a very short timeframe.

How many times have I ended up with takeout or a frozen pizza for dinner because I forgot to thaw meat out? Too many times than I care to admit here. With the Instant Pot, frozen meat is no longer an excuse. While it does take longer for the pot to reach full pressure when the meat is frozen {and thus lengthening the total cooking time}, the InstaPot cooks your chicken, beef, or turkey perfectly, even when it’s fresh from the freezer.

It’s Just One Pot to Clean.

Gone are the days of a sink full of pots and pans to clean after a single meal. Many of the recipes I’ve made are single pot meals meaning everything goes in the same pot at once. I have made meals where I’ve cooked foods separately; for example, I cook the meat using the pressure cooker feature, and then set it aside and cook rice using the rice cooker button. When it’s time to clean up, I rinse out the pot and throw it in the dishwasher and wash the lid with warm soapy water. Fast and easy.

I’m not usually one to buy in to the latest craze or must-have product, but I certainly hit the jackpot with my Instant Pot purchase. I’m trying new recipes every week, and my family is loving the fast, high quality meals we are now eating on a regular basis.

Some of Houston Moms Blog’s favorite Instant Pot recipes include ::

Do you own an Instant Pot? Share your favorite recipes and tips with us! 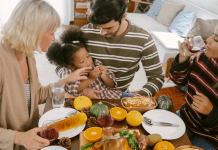