When I was a little girl, Passover was just another Jewish holiday to me. Like most kids, I had a one-track mind. And so, each year when my family sat down for the traditional Seder meal {a Jewish ritual feast that marks the beginning of Passover}, all I could think about was finding the Afikomen {a half piece of matzo, broken at the beginning of the Seder, and saved to eat later for dessert}. It was the token “game” of that holiday, where the Seder leader {my dad} would go off and hide the Afikomen, and later we would hunt for it. The grand prize was usually a crisp five, ten or twenty dollar bill. As you can imagine, I was very motivated. And so, when we were “released” from the table to go search, my three brothers and I would bust out of our chairs as if our tushes were on fire, and run rampantly all over the house trying to beat one another and become the next big winner.

Obviously, this is not what Passover is all about. And as time passed by, I thought about more than just the Afikomen. In fact, there came a time when I was no longer allowed to look for it because I was too “grown-up” for that. We learned about the holiday each year in religious school. And each year, as our sophistication level increased, so did the complexity of the biblical story. Then there was that one year that I finally understood what slavery was, and that my people were also once enslaved. Mind blown!

For those that don’t know the story, Passover essentially commemorates God’s liberation of the Jews from slavery in ancient Egypt. The Jews were led out of Egypt by Moses, and they eventually settled in the holy land of Israel. Several events took place before the Jews were freed. Ten plagues were cast by God upon the Egyptians before the Pharaoh finally released the Israelites from captivity. The tenth being the worst of all :: the death of each Egyptian family’s first-born son. The Jews were instructed to mark the doorposts of their homes with the blood of a freshly slaughtered lamb {apologies for the visuals} so that when God saw the homes marked with blood, he would pass over those homes, sparing the Jewish families {and hence, the name for this holiday}. This led to the haste exodus of the Jews out of Egypt…so haste in fact, that they didn’t even have time to properly bake bread to bring on their journey. That is why for eight days, Jews eat only unleavened bread {matzah} :: to memorialize this mass exodus and what it signifies for our people.

Sometimes I scoff at my little girl self when I think about what Passover meant to me back then. Because ultimately, Passover is the reason I am here today. It’s the reason I am living with my own rights in a free country, freely practicing my religion {at least, according the Hebrew Bible it is}. I also tend to get a little frustrated that this holiday often falls around the same time as Easter, because just as Hanukkah often gets associated as “Christmas for the Jews,” it seems Passover can get overlooked and connected somehow to a sort of “Jewish Easter,” or at least something having to do with Spring and re-birth. And while there is some underlying truth to those themes, Passover is so much more than that. It is my deep desire that our society understands and acknowledges that the Jews were once slaves too.

Jews are also considered a minority, and have undergone massive amounts of persecution, anti-semitism, prejudice, and unequal rights over thousands of years. And through it all, we have survived, persevered, and thrived. Passover is a joyous, but also important time to reflect back on the very beginning of our liberation. It signifies the creation of a people as a community, a religious and cultural group, and when needed, a strong and unrelenting band of soldiers who have time and time again stood up for their rights, their freedom, and their burning quest to live life to the fullest.

My children have each attended a Jewish Montessori preschool, and each Passover, they prepared for a Mock Seder with their class that the parents are invited to witness just before the actual holiday. Even though they might be “going through the motions,” and mostly enjoying the food, I know their teachers make a huge effort in trying to help them understand the story of Passover.

Even if my kids end up just like me in their younger years, zeroing in on the great Afikomen hunt, I hope as they grow up they will understand the true meaning of Passover and they will realize the significance of this holiday, and know how lucky they are to be free and healthy and happy. And if there ever comes a time that they are made to feel “less than,” I pray that they will stand up for themselves and their beliefs. They will be proud of who they are and where they came from. And that they will fight and persist, and live on to tell about it for generations to come. 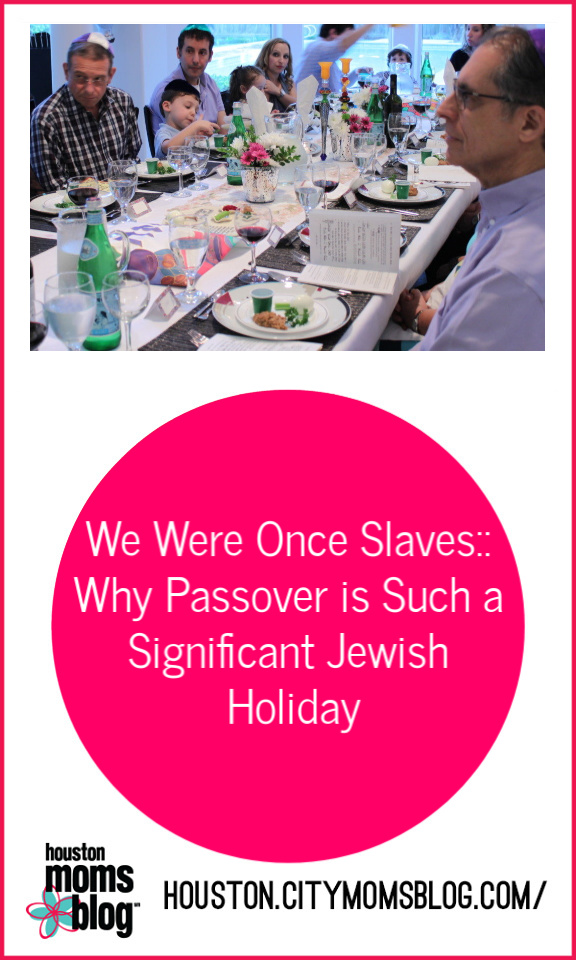 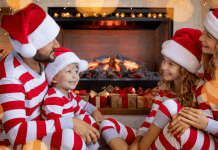