Eating Disorder Awareness Week may not be on the radar of most Houstonians, but for this one momma, February 26th through March 4th holds significant meaning. I am an advocate for adults and children suffering through this disease because I am a survivor. Today, twelve years removed from this horrific disease, I can proudly say that I am a recovering anorexic. That word, the word recovering, may stand out — it should. Surviving the disease is a lifelong process, and people who have battled this disease will never be able to let their guards slip.

The second survivors slip, the second they begin to dream about weight loss, dieting schemes, numbers on the scale, or carving large food groups out of their lifestyles, they open the door for the eating disorder to consume them … to consume their family. 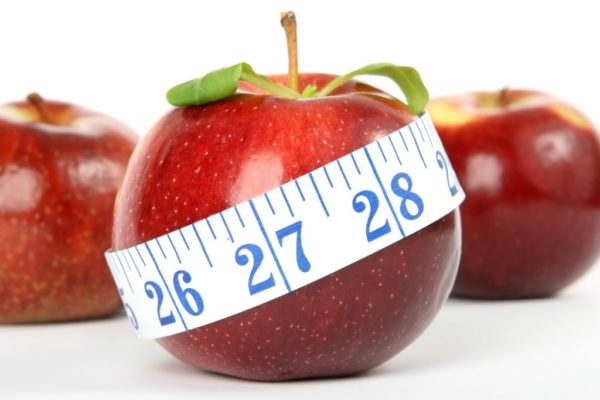 How Someone Limiting Food Becomes Consumed

According to Merriam-Webster, the word consume means “to eat, to drink, or to ingest.” Throughout the day, we, as humans, might consume coffee, tea, water, juice, shakes, and milk. We also consume proteins, carbohydrates, and sugars. People spend weeks planning meals, dinners, lunches, and snacks. They plan what to eat and how to eat it. They are driven by the nutrition found in food, and — sometimes — they are driven to create a healthy balance in their diet, in order to provide enough energy throughout the day.

That’s what food is all about, right? Providing energy for the body, so that we can move about our day?

In the eating disordered community, however, consumption takes on a different meaning. The brain, which is already consumed by the necessity of eating, begins to view food as an inherent evil. Food is no longer looked at as providing the nutrition needed for energy; it is viewed as the production of societal evils seen in perfection, weight, and beauty. The need to correct these evils within the self becomes the focus, due to a number of factors. Those with eating disorders place all of their energy into limiting, denying, or purging food from their lives in order to bring stability and peace into their world. They will do this until denying the very thing that keeps us alive consumes and destroys them. In the process, the disease consumes their family, their friends, and everyone who loves them.

Eating Disorders Are Never About Food

In our culture, everyone is dieting. We’re born into the idea that dieting means health. In order to be healthy, we follow these strict dieting norms, believing that our worth revolves around weight. There are carb diets, protein diets, holistic diets, whole food diets, liquid diets, cleansing diets, and fish diets. Even the diets are dieting these days, which gets to be a bit insane.

Our standard of beauty is carved in stone, ingrained deep within ourselves, and steeped into that one word. Anything less is unacceptable, and we cannot fathom what life might look like if we aren’t adhering to a dieting plan. Sometimes, though, we diet for the wrong reasons. We’re not dieting for our health; we’re dieting to look like someone else: a fashion model, an actress, the mom of four from down the street who just had a baby, and OMG, how is she a size two?

Because of our own thoughts about dieting, when we see people with eating disorders, we assume {wrongly} that they are denying or purging because of actresses, actors, or models. The idea of dieting to look like another person is so ingrained that we never stop to consider that eating disorders might have nothing to do with food.

When we learn that our mom friend down the street is bulimic, we blame it on food. If we hear that our coworker’s son is anorexic, we make it about the food. They got caught up in looking like the magazines, so that must be the reason they developed an eating disorder, right? No. The eating disordered community doesn’t see food as nutritional; they see it as a means to control the pressures of life.

As a society, it is hard for us to understand that a disease revolving around food has nothing to do with food.

If It’s Not About Food, What Is It About?

An eating disorder is a mental disease focused on control.

That coworker’s son from down the street? Is he in a sport that requires him to be a specific weight for his team? Will he get benched if he hits puberty early, but his weight class restricts even the tiniest gain? Then he’s focused on controlling what he can in order to remain on the team. He restricts his foods to stunt his growth, in order to please the coach. Soon, he’s worried that drinking a glass of water will show on the scale, so he goes days without eating and drinking, only to end his fasting with a solitary carrot stick.

He’ll spend the rest of the day wondering how that carrot will affect his weight.

The bulimic mom friend from down the street? Her family could be criticizing what she eats, what she wears, how she talks, or the color she decides to dye her hair. Everything she does is wrong; nothing she does pleases anyone. She feels worthless in her family, or in her life, and depression is weighing her down, begging her to give in to the pressure. Instead, she holds in the emotion until she’s ready to burst, and then she engulfs a row of Oreos, half a pound cake, fifteen Twinkies, and three hamburgers, only to purge the emotions twenty seconds after she’s finished.

She hates herself for it.

For me? It is about perfection — the need to complete every task perfectly. My need to be the best at everything, only to fail time and time again, turned into what I knew I could control. If I couldn’t control factors around me, then I could control myself and what I put into my body. The need to find perfection in one area of my life found itself in my anorexia. I was so perfect at dieting, I nearly killed myself.

I hated myself when anorexia consumed me.

Thankfully, I know many people who have — and some of us are proud moms.

How Can We Avoid The Consumption in Our Family?

Genetics plays some part in eating disorders. It’s like a switch. Once the switch is flipped, it’s hard to stop electricity from turning into light. The disease then consumes the person until the person is barely recognizable. As a society, we have to figure out how to lessen the problem through mindful actions that we can control.

Let me pose a question. What would it look like if we, as a society, stop dieting? If we stop labeling foods as good and bad? If we stop placing negative assumptions on a potato? If we can make people with eating disorders stop the idea that [insert diet here] is the only way to become who they want to be in life? Then, perhaps, they can start figuring out how to become themselves outside of food.

It starts with us.

A mom wants to know what she can do for her son and daughter, who are already showing signs of negative body awareness. In answer, I want to ask three questions…

During Eating Disorder Awareness Week, my hope is that we become cognizant of the fact that food is the crux of our society, but it’s also the easiest thing in life to control — especially when the world is so unforgiving. If there is a worry about a child, a loved one, or a friend, remember that they’re not using food to become skinny. They are abusing or denying food to fill a void in their life that seems impossible to control. That’s where the disease comes in, and that’s why we need to learn to show our children what positive body image looks like so that they understand how to fix larger life problems, instead of focusing on how to destroy themselves.