Before reading my story, I think it’s important you know that it has a happy ending. As I am writing this, my happy ending is sleeping soundly beside me. And yet, it has taken me months to finally write this blog post. I had to make sure that our baby was healthy before I could ever begin to look back on such a difficult season.

I’ll never forget where I was when the phone call came in. I was driving on 610 North with my two boys in the car, headed home after a normal day of school. My doctor’s number showed up on caller ID, and I thought nothing of it. I assumed it was an appointment reminder from the nurse. As soon as I answered the phone, and I realized it was my doctor, I knew something was wrong. In the back of my mind I hoped she was calling to tell me we were having a girl. She has two boys and a girl, and knew how badly I wanted the same. Her phone call, I hoped, was telling me this good news. I could not have been more wrong.

I was 12 weeks pregnant at the time and had done the early pregnancy blood work, including the optional NIPT {Noninvasive Prenatal Testing} that checks for gender and a host of abnormalities in the baby. It’s a pretty common test that many expectant moms do because they want to know the gender of the baby sooner than the standard 20-week ultrasound. I’d done this test in previous pregnancies, found out the gender, and went on my way. But this time was different. My doctor was calling to tell me that my test results showed that our baby tested positive for Trisomy 13. Through giant tears, I began asking her questions. So many questions. What is Trisomy 13 {no, it’s not Down’s Syndrome}? What do I do? What does this mean? How accurate is this test? She patiently walked me through the answers and the next steps, and wisely told me not to go home and google it.

So, I did what most anyone would do and I googled it. And then immediately regretted that decision. It was bad. So bad. I called my husband at work and could barely muster out a complete sentence because I was so distraught. He left work immediately and came home. And my boys – remember, they were in the car with me – were stunned with my sudden outburst. They had never seen me crying like this. How could this be happening? Our other two children were so healthy. How could this happen? What went wrong? WHY?

When my husband got home, we called my doctor and she kindly took the time to explain everything to him, so that he could understand the diagnosis. I don’t speak science, so he was able to process it and help me calmly understand the facts. The next day, we met with a genetic counselor who walked us through all of the information. I felt like I’d been transported back to high school biology, learning about chromosomes all over again. Except this time I actually paid attention and cared because now it impacted me in such a big way.

I learned that the NIPT screening that I had done is a blood test that analyzes the mother’s DNA to evaluate the baby’s risk for the most common chromosomal disorders. Pieces of the baby’s DNA are in the mother’s bloodstream, which is why this screening only tests the baby’s risk, and isn’t a full-blown diagnosis. When my blood work came back, it showed that the baby had a risk of having Trisomy 13. Fortunately, our baby was only at a 25% risk of having Trisomy 13. This percentage, called the positive predicative value {PPV}, was calculated by my doctor and genetic counselor and was based on my maternal age at the time of testing.

Most babies who have Trisomy 13 do not make it to term, they stop growing and die in utero. If they do survive until birth, they usually only live for a couple of hours. There are rare instances where the baby does live, but their birth defects are so severe they almost never leave the hospital or celebrate their first birthday. Learning this, you can imagine the defeat we felt over this news about our baby boy {amidst all the bad news, we learned we were having another boy…which really changed my disposition about wanting a baby girl}.

My husband kept emphasizing that there was a 75% chance he was perfectly healthy. All I could think about for weeks was yes, but there’s a 25% chance that he’s not. I was so worried it was nearly impossible to think of anything else. I would cry in the middle of playing with my two boys, because I was so thankful they were healthy. I would wake in the middle of the night in tears, which then would sometimes lead me to open my computer and go down a rabbit hole of “what if’s.” I cried tears of confusion, so unsure why this was happening and what went wrong. I cried because there was nothing I could do and I was just so incredibly scared.

The next step in this process was to have an amniocentesis performed, which had to wait until I was 16 weeks pregnant. The initial phone call from my doctor came at 12 weeks, so it was a very long four weeks of waiting, praying, crying and just being completely wonderstruck and grateful that I had two healthy children. My sweet, precious doctor, who I consider to be a friend – especially after this ordeal – gave me some poignant advice. She said there’s nothing that can be done by worrying. It’s just a matter of waiting. There is nothing you did or can do to change the outcome, and while worrying is a natural reaction, it won’t change the results.

When the day came for my amniocentesis, I was so ready to just have it done. My husband and I knew that if the diagnosis were in fact true, we would keep the baby and love him as long as we could. We wanted the baby to have a chance to be loved, even if it was only for a short time. This test, like the entire pregnancy, was in God’s hands. We need only wait, which is something we’d become quite good at.

For those unfamiliar with the amniocentesis, it’s a procedure performed by a doctor by sticking a needle into the amniotic sac and withdrawing some fluid, which is then tested further for any birth defects. It gives a much more accurate picture of what is going on with the baby. The procedure was so painful, and they had to do it twice to get the fluid, but my husband was by my side comforting me the entire time as the tears streamed down my face. All I could think was that our ordeal was almost over. Soon we would know what our future would hold.

The results of an amniocentesis take two weeks to come back. However, you can get the results quicker by paying for the FISH test, which is 98% accurate. This is the moment I realized that you can, in fact, put a price tag on your sanity. Without hesitation we paid for this test to get our results as quickly as possible.

Just over 48 hours after the amniocentesis, we learned that our baby was healthy. The original NIPT screening was indeed a false positive. There were no indicators at all that he had Trisomy 13. It was over. Our baby was healthy and everything was going to be okay. The weight of the world had been lifted off of our shoulders. We held each other tight and cried tears of joy as we rejoiced over this news.

My takeaway from this entire experience is that babies are a miracle. An absolutely beautiful miracle. Throughout this incredibly emotional time, I no longer cared about the gender of our baby like I once did. The deep desires of wanting a little girl seemed so frivolous in comparison to having a baby that would live. During the weeks of waiting for our amniocentesis, I dreamt of the moment I would be able to hold my minutes old newborn to my chest and inhale his sweet newborn scent. Oh how I just wanted to get to that moment, even if it meant he was attached to wires to keep him alive. I just wanted to hold him and comfort him, and perhaps, I wanted some comfort from him, too. To know that no matter the outcome, he was a part of our story, a part of us.

The emotions from this season are still so very raw, and as I type these words tears fill my eyes. When I think about what could have been…well, I just can’t let myself go there. Instead, I look at my three month old, with his endless leg rolls and gummy smile, and my heart feels that it could just burst with love. He is our happy ending. And for that, I am forever grateful. 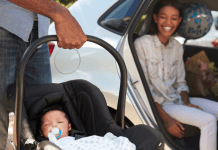 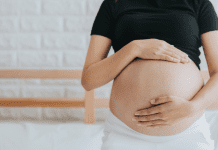 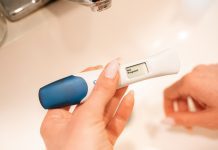