I make no secret of being a huge football fan. But it’s mostly collegiate that I love. However, as a die hard LSU fan, obviously I turned into a Bengals fan because ya know, Burrow. We don’t always get to see the games here in Houston so last night, like many of you, I was so eager to watch the Bengals versus the Bills on Monday Night Football. I almost feel guilty now how excited I was about something so silly, firing off texts about my boy and posting Instagram stories.

It was just about 9 minutes into the game and then everything changed. Damar Hamlin of the Bills tackled Tee Higgins of the Bengals. It looked fairly innocuous as NFL hits go and he even stood up, straightened his face mask, and then we all collectively gasped as he lost consciousness just a couple of seconds later.

I have watched what must be thousands of hours of football and I’ve never witnessed anything like that. Within 10 seconds, trainers were on the field – and as we discovered just a few minutes later, they were delivering CPR and using a defibrillator. I pretty much lost it as the announcers said that. 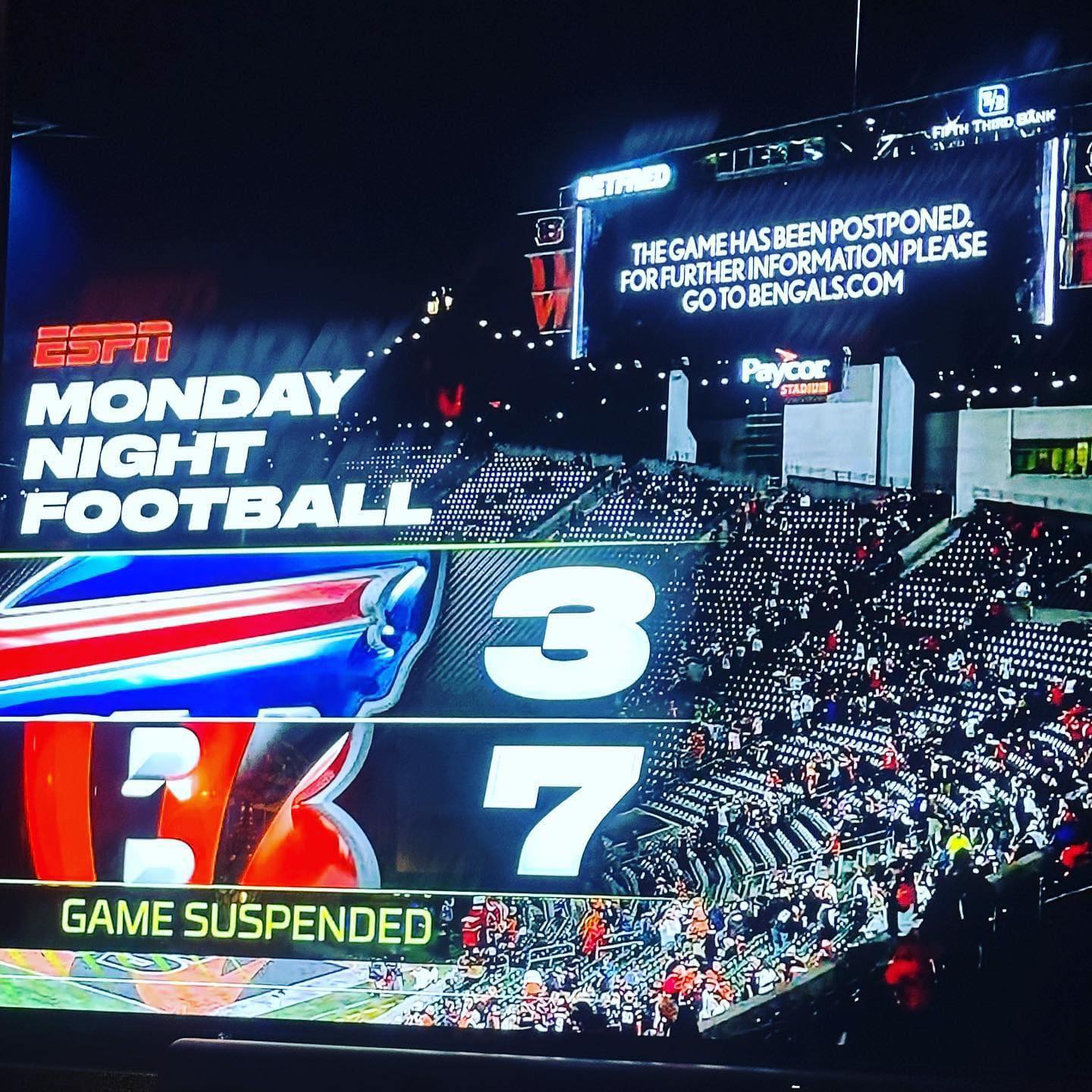 And when I tell you the tears I cried, just bawling and sobbing on the couch, as my 12 year old daughter hugged my neck. I really didn’t know why I was so affected until I saw my social media blow up, and saw that many of my friends experienced this onslaught of emotion. All of us sitting in front of our TV, praying and hoping against hope for good news.

So what was it? What is it about particular single instances that somehow unite us all in grief? Was it seeing men, huge big men, unabashedly on their knees with tears running down their face? Was it hearing anchors having the fill in large awkward gaps, when obviously they were emotional themselves and overcome? Was it knowing his momma was at the game and from reports, got to her son in the ambulance?

Probably all of that. But also…

I believe it was witnessing the absolute preciousness of life and how quickly it can change on a dime. We hear about it, we live it in some cases, but we don’t all experience it in real time, together. It was a reminder that really this is all just a game; it’s all just work; it’s all just fluff. It’s a job for sure. But in the end, it can be taken from you in an instant. I have no doubt that it was Damar’s absolute dream to be on the field that night. He only became a starting free safety because of an injury to another player this year. This was his moment to SHINE that ended in the most heartbreaking and horrific way.

I just keep thinking of his momma.

It’s our job to do our best to protect our children. No one wants to see their child experience pain or hardship or a catastrophic injury. We are momma bears for a reason, yes? But this was a reminder too that we can do all the things right, and we still can’t protect them from the world. Accidents will happen. Mistakes will be made. We can’t put them in a bubble. And we will have to watch our children from the sidelines walk through that. And hopefully live.

So today I am praying from Damar but I’m also praying for his family. Seeing our kids realize their dreams is a beautiful and magical thing. It also can be incredibly painful and full of sacrifice. I hope Damar’s mom is gentle with herself. I hope she knows there’s nothing she could have done. Life can be a terrible beast sometimes. I bet he would tell her that, too.

I hope he gets the chance to do just that.

Sending our love from Houston, Damar – to all who love you, to all who have cheered you on, and to all who are praying for a miracle.

And speaking of collectively supporting, Damar had another dream. He wanted to raise a very modest $2500 to support his “The Chasing M’s Foundation Toy Drive.” Well, right now it’s at 4 million and growing. Turning tragedy into triumph. Community really is the best way to live.

Ashley KB - January 30, 2023 0
Looking for ways to keep your kids busy this weekend with family-friendly fun? No worries! We've got you covered with all the things to...