{For just two weeks, we are handing over our computers to the men in our lives and turning this little piece of the world wide web into Houston Dads Blog!  Read along with their joys and their struggles, and find out why we are so very thankful to have these awesome dads in our lives.}

When I’m writing posts for my own Houston media blog, most of my readers probably don’t realize I’m juggling two kids along with the latest media news.

That’s the life of a stay at home dad. You have multiple bosses, and they are half your size – but double the energy.

Naturally, it’s not all blogging for me. That’s what nap and school time are for. 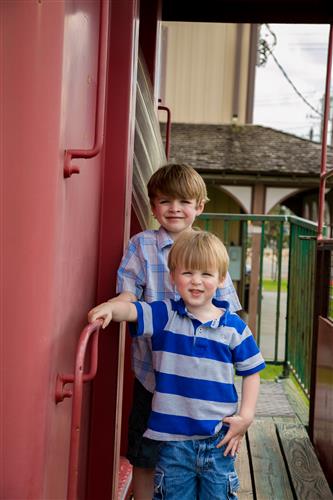 The greatest thing about being a stay at home dad is getting to spend time with my boys who are ages 5 and 3. We know every inch of track at the Hermann Park Train, every nook of the Children’s Museum of Houston, every dinosaur bone at the Houston Museum of Natural Science.

When I worked, time was not on my side as a father. I basically missed the first seven months of my eldest, James’, infancy. When the nanny quit on us, my wife convinced me to stay at home.

Taking care of kids was certainly nothing I ever thought I would do. I mean – Michael Keaton was funny in Mr. Mom and all, but that wasn’t my desired life.

Fortunately for me, before I jumped in full-time with a baby, I started getting Fridays off which let me earn my parental stripes. And those were trying days for me. James was not the best sleeper, so we’d be up with him at night and I’d be trying to take naps while he was asleep during the day.

The following Monday morning, I would interrogate the nanny to figure out how she appeared to pull it all off so effortlessly.

When the time to quit my job and take over came, my wife had a surprise business trip to Los Angeles. Instead of totally throwing me into the jungle, we decided James and I would go with her. That trip was a baptism by fire as I tried to watch a 7 month old interested in pulling himself up on hotel furniture.

James and I bonded quickly.

A few years later, we added David into the mix. The Three Musketeers were formed. 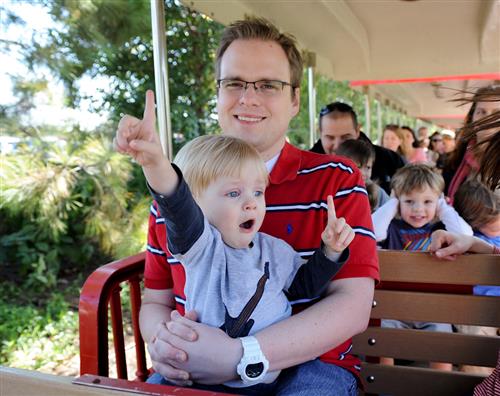 I have noticed more and more fathers out with kids during the day since I started this in 2009.

According to a recent NPR story, the fastest-growing group among stay-at-home fathers is men who say they are home specifically to provide child care a Pew Research Center study found.

As the boys quickly grow, I’m trying to enjoy every minute of the experience. I learned from personal experience that time is the most precious commodity we have.

My mom was diagnosed with Early-onset Alzheimer’s at age 53, just as I graduated college. Five years later, she was dead.

Genetically speaking, will I have the same fate? If so, I want my kids to have memories of a father who was there, having fun and teaching them things in their childhood.

This is the reason I am very happy being a stay at home father.

Mike McGuff is a native Houstonian who has been blogging at mikemcguff.com since 2005 with a focus on the Houston media. He is currently producing a documentary on the former Rock 101 KLOL and its continuing legacy. McGuff also builds websites and produces videos for clients.

Overcoming the Odds:: One Dad’s Journey to Fatherhood