Almost from the time that I discovered that our twins would be “summer babies”, I had school on the brain. Specifically, wondering how being the youngest in their class would ultimately affect them. And that certainly weighed on me as I carefully selected their preschool, ensuring that the program I chose had a “bridge” or “transition kinder” class just in case. Fast forward 3 years later, and it was decision time. No pressure, right? My husband and I spent weeks agonizing over the options, meeting with their preschool teachers, and consulting other parents. Ultimately, we made the choice to “redshirt” and head for transition versus trotting them off to traditional Kindergarten. {I should stop right here and say that I’m not a huge fan of the term “redshirt”, but I dislike “holding back” even more – so for ease of communication, we’ll call it redshirting.}

Clearly, whether or not to redshirt kindergarten is a very personal decision. What is right for my family may not be right for another. But for those of you with summer babies, I thought it may be helpful to breakdown our decision. Only time will tell if this was the right choice, but in my heart of hearts, with the information I have currently, I feel strongly this is the best thing for the twins now. Why? So glad you asked… 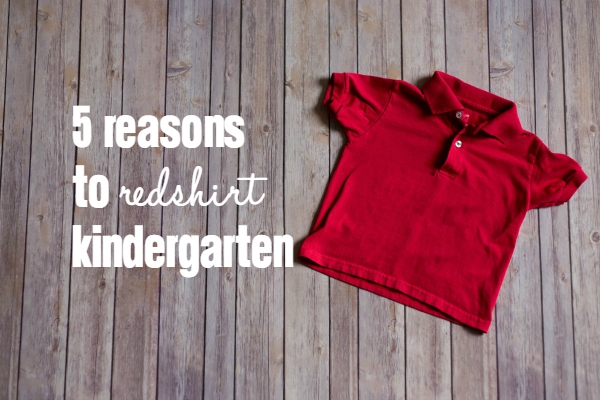 After much observation amongst their peers and friends, I noticed a bit of a gap in the twin’s maturity levels and theirs. My sweet, albeit sensitive, son gets his feelings hurt quite easily, often resulting in tears and tattling. The kiddos that are older tend to be able to stand up more to hurtful statements, but he’s just not quite there yet. And my daughter, vibrant and passionate about pretty much everything, has what we’ll call a patience problem. She’s always going to be Type A and strong-willed, but I think an extra year to grow and realize that the world doesn’t revolve around her desire to move onto a different activity will be massively beneficial. I’m pretty sure Kinder is not an appropriate place for tantrum throwing.

If I’m being honest, academically I believe my kiddos would have been just fine doing Kindergarten-level work. But since my preschool offers an amazing Transition program, they will be able to work on readiness skills, while at the same time still embracing the philosophy of play-based learning as we redshirt kindergarten. Research shows that young minds are best molded when they are at play versus sitting at a desk. I want them to have that for as long as possible. Kinder has changed dramatically since I was in school almost 30 years ago. Back then, half-days were the standard, and we still had things like sensory bins, sand and water stations, and we sat on carpet squares not at desks. I just can’t imagine my wiggle worms sitting still for up to 8 hours per day. Simply put, Kinder is the new first grade where expectations are HIGH, especially in our upper middle class suburb. It’s serious business, y’all.

For us, redshirting is more than just waiting a year for Kinder. It’s thinking ahead to the junior high years or sending a newly turned 18 year old off to college {hopefully!}. When I think of middle school and all the social and emotional challenges that come with those formative years, I much prefer my kids be the oldest versus the youngest. I want them to be confident in their ability to stand up to peer pressure and to lead instead of follow. Not that the youngest aren’t capable of that, but I think they will be better prepared by being a year older.

Now stay with me on this one. I am NOT holding them back in order to give them some sort of athletic advantage later on. No ma’am. But I can’t ignore that by far, they are the smallest among their peers. For my daughter, it’s not so much a problem. I’m short, and most of my life, I have embraced my size. Not that I didn’t experience teasing or challenges, but I think it’s easier for girls to be on the small side. However, for my son, his friends are starting to notice the dramatic height difference {sometimes as much as a head taller}, and they are making comments, innocent though they may be. But I can’t pretend that those comments aren’t going to just progressively get worse. Because he’s on the younger side, he doesn’t quite have the maturity to deal with them effectively, but I believe if I give him an extra year to build his confidence, it won’t be so heartbreaking. Let’s be honest, even with giving them an extra year to grow, they are still probably going to err on the small side of their class. But I think they will be better equipped to stand up for themselves.

For the twins, this extra year will give them time to master skills at their own pace, plus gain confidence in their ability to do tasks. Sometimes, they simply won’t try something because they are afraid to fail. Or they get incredibly frustrated and completely melt down. Kindergarten teachers don’t have time for that in the pressure cooker environment that is now our school system. {I’m not even going to go there – it is what it is, standardized tests and all.} I want to do everything possible to cultivate a love of learning in my kids. I would hate their frustration of feeling behind because of an 18 month age gap in the classrooms that may hinder that.

And I’m not going to lie, as we redshirt kindergarten, I’m looking forward to this “gift of time” too. I don’t have another child coming up in the ranks, so this is literally my last year to have them somewhat at home with me. And as long as the days can be, I’m not 100% ready to send them off for an 8 hour day, 5 days a week. I want to soak up this last year and the sweetness of this age. I don’t want to race through their childhood. Instead I want to embrace the philosophy of “let them be little.”

Let me reiterate: When we decided to redshirt Kindergarten, this is what is best for OUR family. Your decision-making may look different. You know your child best. Trust your gut. I don’t have a crystal ball to see how redshirting will affect my kids in years to come. But as many an educator has told me, they rarely, if ever, hear a parent say they regret the decision. That brings me some comfort. Time will tell, but until then I will revel in this extra year to love on my babies.

Did you redshirt kindergarten with your child? What are your thoughts and experiences? Any regrets? Let’s get a respectful dialog started below!

{I know this can be a sensitive subject for many — let’s keep it clean, y’all!} 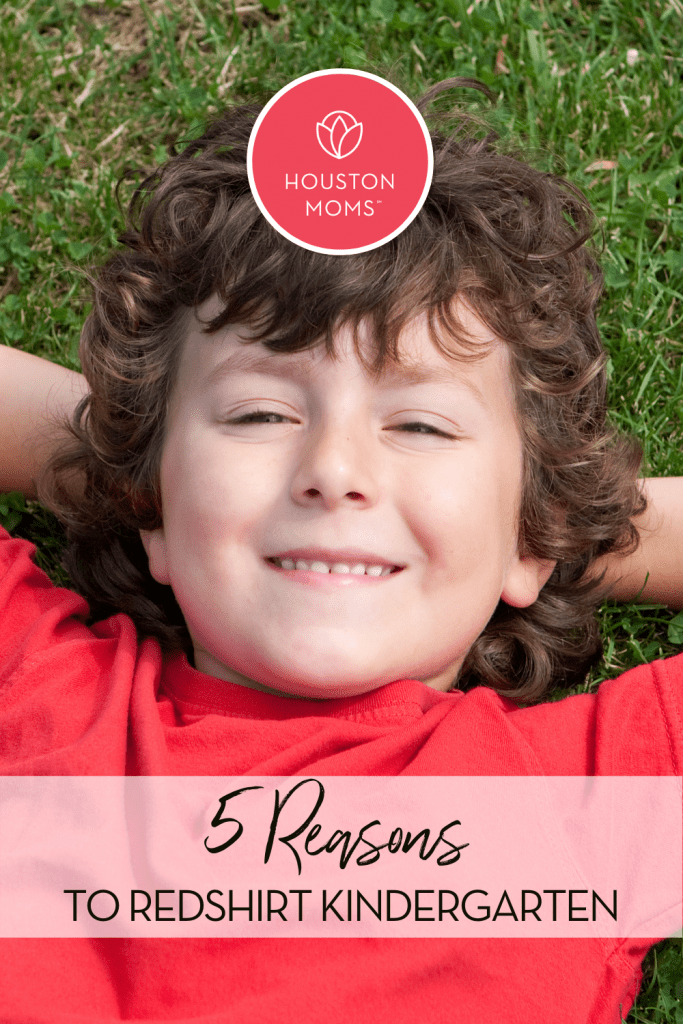 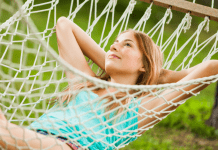