As many of you are aware, October is Breast Cancer Awareness month. My mother-in-law, Barbara, has graciously agreed to share her story in hopes to encourage all women to do their monthly self-exams and get their mammograms as appropriate for your age and risk factors. She wants all to know that she was the poster child of avoiding regular exams or doing self-checks and admittedly waited too long before seeking treatment. 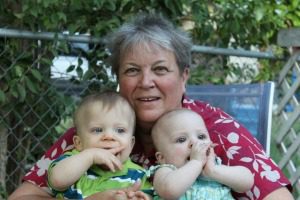 Until five years ago, no one in my family or my husband’s had been affected by breast cancer. I knew other friends whose moms fought the brave battle, but we remained unscathed and all sort of lived in a blissful state of ignorance. That all changed with one phone call on October 14th, 2009.

I remember it like it was yesterday, mainly because just that morning, I had my two precious embroyos implanted during our infertility journey  and was on doctor-ordered bed rest. Matt took the call while getting me settled in bed, and I think we all just assumed it was his family checking in to see how the transfer went. I saw the look of horror and utter disbelief on his face as he relayed the information that his dear newly minted 60 year old mom indeed had breast cancer. On our end, we felt a huge amount of helplessness. Since I wasn’t supposed to get out of bed to even shower for 3 days, we couldn’t rush to be with his family and could only offer emotional support via phone.

Barbara’s story goes back to January of 2007 — about 2 1/2 years before she was actually diagnosed. She initially felt the “knot” as she calls it, but between my father-in-law’s upcoming 60th birthday, my sister-in-law Emily’s recent engagement, and other family issues, she chose to disregard it. Thankfully, the tumor grew very slowly. But in October 2009, it was impossible to ignore when it literally exploded one evening. Stage 4 breast cancer was the original diagnosis, but a few days later following the biopsy, it was downgraded to an advanced Stage 3.

Things moved very quickly following the diagnosis. Just a few days later, with her head reeling, she had a port surgically placed for the chemotherapy process. A PET scan soon followed, then her very first mammogram to check for any signs of cancer in her left breast. And nine days after the initial diagnosis, her first of six rounds of chemo {one every 3 weeks} began in an effort to shrink the tumor before they could begin talking about removal. She was extremely lucky during chemo, only experiencing some flu-like symptoms for the first week and then underwent a few iron infusions towards the end of the process. 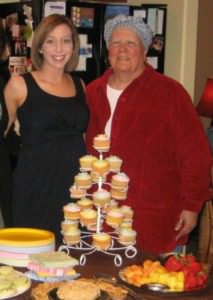 And as if the diagnosis, subsequent chemos, and facing the future mastectomy wasn’t enough to emotionally and physically manage, her husband David {my father-in-law} was diagnosed just a month later with terminal Pancreatic cancer. He lived just another 2 1/2 months and tragically passed away at the age of 62 on January 31st, 2010. Absolutely devastated and heartbroken, Barbara forged on through the rest of her chemotherapy with strength and resilience like I’ve never seen.

Her double mastectomy {her choice, no evidence of cancer was found in the left breast} took place in March of 2010 and all the lymph nodes were removed on the right side — with the most amazing miracle. Not a single trace of cancer had spread beyond the initial tumor. Even more miraculous? Her stage 3 cancer was classified as “triple negative”, which makes up 10-20% of all breast cancer diagnoses. It is particularly aggressive and treatment has to be very specialized, as its receptors do not respond to more common types of chemo. It also is known to recur early and come back in other areas of the body, thus Barbara’s decision to have the double mastectomy. We can only praise God that the cancer, as aggressive and late stage as it was, did not spread anywhere outside the very large tumor.

Five weeks after surgery, 32 sessions of radiation followed and by summer 2010 {just around the time her twin grandbabies were born}, Barbara was declared cancer-free. Now, 5 years later , her most recent CT scan this past summer was crystal clear with NO TRACES OF CANCER. She has been permanently cleared from her oncologist and will see her radiologist once more in December for the final all-clear signal.

I can’t speak exactly to all the emotions that Barbara experienced during that tumultuous year, for it wasn’t my journey. However, I know as a daughter-in-law, I have never been SO proud to have Barbara as my “mother-in-love.” She was a warrior in every sense of the word. Absolutely determined to rid her body of this evil disease, she showed me what true endurance was. Head down, she charged into battle and buoyed by the support of her family and amazing friends, she BEAT it. Thank you, God. 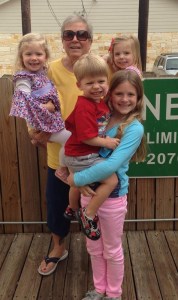 As with any devastating struggle, from the ashes also rises beauty and blessings. Barbara made radical changes in her lifestyle, losing over 85 pounds and exercising daily despite bad knees. She not only looks fabulous, but most importantly, I think she realized she had inner strength she never knew existed. Seeing her fight when some would have given up and WIN has been incredibly inspirational for us all to watch. And our relationship as “in-laws” has deepened dramatically thus the “in-love” title vs the former. Clearly, I’ve always loved Barbara, but now our bond is on a new level. I can’t imagine her not being around to be “Ma” to her four beautiful grandchildren, and I realize how perilously close that became a reality. We now check in constantly, email and speak often, and can sit and talk for hours when we have the opportunity to see each other.  I hate the journey it took to get us here but am immensely grateful for where our relationship is. I don’t tell her enough but she is one fantastic woman with a heart of gold that brings so much light to our lives. {I love you, Barbara!}

As I mentioned in the beginning, Barbara is allowing me to share her story because she doesn’t want you or your mom to do what she did. Ignoring symptoms won’t make it disappear. We both urge you to get checked if you discover anything suspicious. If you are at the recommended age or have a family history of breast cancer, please consult your family doctor or OB/GYN to set up a mammogram plan for yourself.

On a personal note, although I am 34 and do not yet have to be screened yearly, I’ve had two mammograms to date for various reasons.

Embarrassing? Somewhat, although most of my modesty disappeared during childbirth.

An hour or so of being self-conscious and having your boobs smashed like little pancakes is not my idea of an afternoon of entertainment. But even less appealing is months of chemo, radiation, and surgeries. Not to mention the real possibility of facing death in the gravest of situations.

Because I have extremely dense breast tissue, I will be screened every 4 years or so until I’m about 40, wherein I’ll have regular yearly mammograms. Until then, I self-check every month and encourage all of YOU to do the same. And if Barbara was writing this, she would plead and shake you to get it done as well. The costs are just too high. 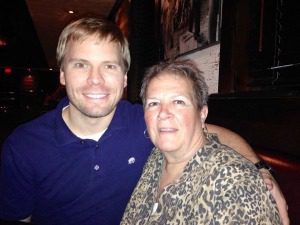 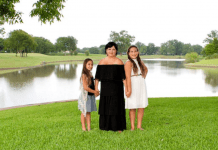