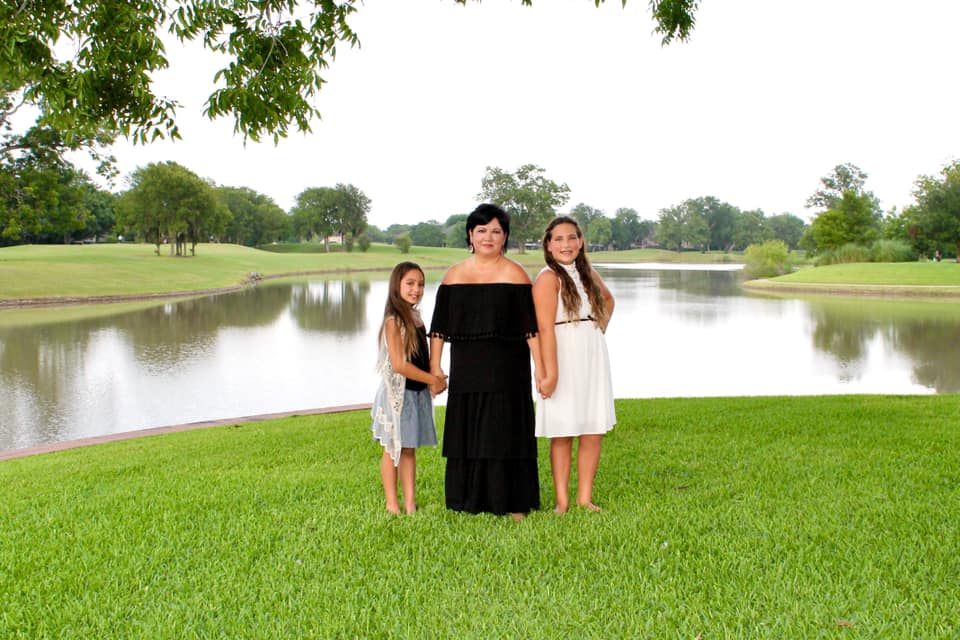 Mom Calling read my phone. It was an early afternoon, and I was on my way home from the grocery store with dinner. We were at the beginning of summer, temps were rising and quarantine restrictions had somewhat subsided. Life was supposed to go back to normal, but this phone call was going to put normal to a halt once more.

“Hi,” she replied quietly, “I need to tell you something.”

I pulled up to my house and sat in the car, while I held my breath.

“I have a warm, red spot on my breast. Your dad {who is a surgeon} says it could be a bite or something else…but it doesn’t look good.”

“What else could it be?”

At this moment I had no words. These are the moments you fear, the ones you never want to hear, the ones that bring you to your knees and tear at your imagination.

Of course, as the first born, I went into fix-it mode. What can I do and control? How will we figure this out…whatever this may be.

“I tried getting an appointment, but they are booked for a while because of the pandemic.”

“That is crazy, I said. It’ll be torture to wait. Have you called other places?”

“Your dad is calling some; hopefully we get in sooner. Other than that, we wait. Dad has me on some antibiotics just in case. I don’t want you to worry. I’ll be fine. I just want you to know and pray and I am going to be fine. I am strong.”

I put on a brave face, {though we were on the phone, but I was going to have to practice it, so there was no better time to start!} and said, “I know. God has this and we will be good.” And I believed it. It was all I knew to be true, because no matter what, God was going to hold us as he always has.

I hung up and sat there with the car running and dinner getting cold making a list of how we are going to survive this in my head. I was trying not to let my imagination take over as tears fell down my face. Usually, my imagination and ideals are friends, but sometimes they turn on me and this was one of those times.

I wiped my face, put on a smile and walked into my home knowing my kids would know if I was upset. But there was nothing I could share with them just yet. No need to worry them. Their Yaya was going to be great. She was strong. She was theirs.

Later that night I googled.

I know that is the worst thing you can do, and my father would be furious if he had known I googled because he always says, “You don’t trust doctors, but you are sure to trust the internet!”

I had to. I wish I hadn’t, but I just had to. I needed to know what we were fighting.

That was all I could thing of.

All I knew to do was pray and be available.

I sent a text to my people, “We need an appointment, like yesterday.”

I went there. I had to because I had to know we would keep going even if…but I cried out pleading not yet.

The next day, I had lunch with my sister in law. Her advice was to bring joy and light to Mom in whatever way I could think of. On my way home I went to the store, bought some flowers and a vase, and took them over. I hadn’t seen her since the phone call. We talked and she was hopeful.

My dad…well he had on what I call his “doctor face.” He was trying to be positive, but I know his scientific mind was battling his faith. My heart broke.

A few days later she called and said an appointment had opened up. Hallelujah! We planned to meet for lunch after the appointment at the French Crepe restaurant we love after her appointment.

I finally got her text after the appointment, which seemed to be so long, but all it said was “heading to the restaurant.”

I had spent my morning in prayer and I was ready to face whatever we had to face.

She was there when I arrived. I sat down, ordered my food and said, “Ok…what did the doctor say?”

“She was very concerned. She looked and then they did a mammogram and then came back. She said they were going to figure it out today. They did the mammogram and continued to examine. She then left and was out for a bit. When she came in she said they reviewed it and well, it’s nothing. There is nothing there. They aren’t sure why it is inflamed, but the more they looked, the outside does not match the inside.”

I sat stunned and then I cried; relief overwhelming me. Joy followed.

It was a miracle. It was grace. It was hope.

My mom turned 60 a month later and we celebrated. We had so much to celebrate!

Cancer has come close before. My mom’s dear friend passed away from it a few years before. Her sister passed in November of the same year from Breast and Ovarian cancer. But this time, for us, it was too close.

Every October we bring breast cancer awareness by wearing pink ribbons, football players wear pink socks, many do 5Ks- all this has become part of our culture. But honestly, I never really thought about it too much.

I am looking forward to it, and though I never thought of including a mammogram into the festivities, now I am. Now I think about how important early detection is. Now, I think about paying attention to my breasts and looking for any abnormalities because now I know a small, red patch can be really scary and life altering and dangerous. Now I know that breast cancer is the 2nd leading cancer affecting women. Now I know early detection is so important.

Now I know awareness can save your life.

I am so grateful my mom didn’t have to walk through breast cancer, yet I know so many stories do not end like ours. We cannot let those amazing, strong women’s fight be in vain. Let us glean from their wisdom and strength. Let us fight with them and for them. Let us fight for awareness. Let awareness save lives.