I’m not a professional photographer by any means, but once I dropped the moolah for my Canon Rebel T3 on a Black Friday sale, I was determined to learn how to use it.  Between online lessons, blogs, forums, and over 40,000 shutter clicks, I’ve become more comfortable with my DSLR than I ever thought I could.  So I figured why not pass along some of what I learned with some Getting to Know Your DSLR tips. 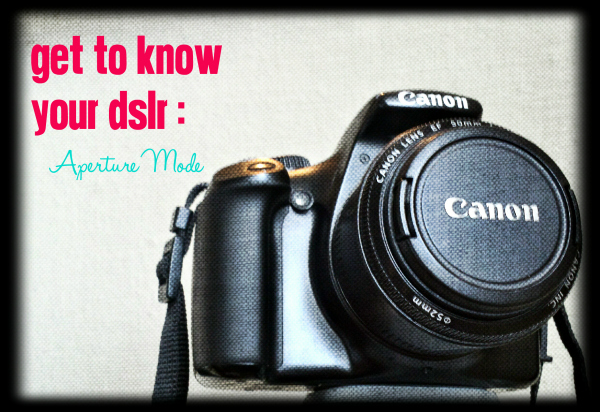 Don’t get me wrong, right out of the box your DSLR is going to take fantastic pictures whether it’s a Nikon, Canon, or a mirrorless DSLR-type that let’s you manipulate settings.  Auto Mode is totally going to get the job done

When I looked at the first few snaps on my computer, it wasn’t giving me the look I wanted.  That’s when I had to sit down and do a little homework. My main want was for the blurry background I would see on some of my friends Facebook pictures.  Where the subject was clearly in focus but everything else was blurry and not a distraction.  This is called “bokeh” {bo-kee}.  Fortunately, your camera probably has a setting for you to adjust your bokeh on your own.

Aperture Priority Mode totally saved me from just setting the camera on the shelf and not touching it anymore.

If you’re a CanonGirl like me, this is the AV on the dial.  A on Nikon and Sony.  AE if you have one of those Fujis I’m starting to covet. Aperture is measured by f-stop.  The lower the Aperture setting, the more bokeh you’ll see.  It’s almost as simple as that.

Fortunately, Aperture Mode is going to let you control the f-stop while it controls the ISO {amount of light let in} and shutter speed {how fast the shutter closes}. My kit lens {the lens that came with the camera} has a lowest f-stop setting of 3.5.  Which is totally fine.  But after I learned what bokeh was, I tried to find the cheapest lens that would give me more bokeh.  I ended up buying a “Nifty Fifty” a month after I got my Rebel.  The Canon 50mm f/1.8. It was about $110 but the lowest f-stop is 1.8! Enough with the technical terms, right?  You want to SEE what I’m talking about.

So to demonstrate, I have enlisted the help of my good friends Jack Skellington and Oogie Boogie.  Jack is behind Oogie on my table.  The light is coming from a window behind me.  I used a tripod for consistency and because my knees started to hurt when I was squatting down.  That’s about all you need to know as far as set up.

First round, the focus is on Jack. 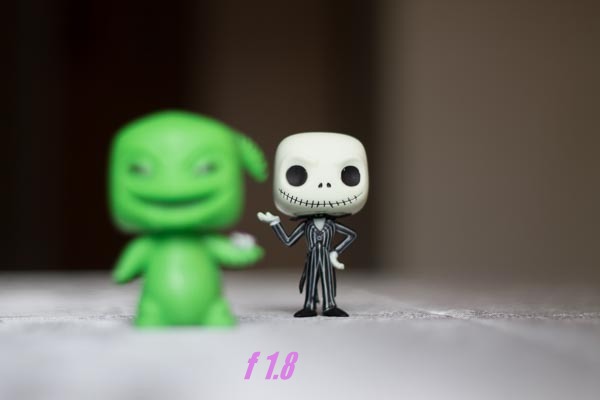 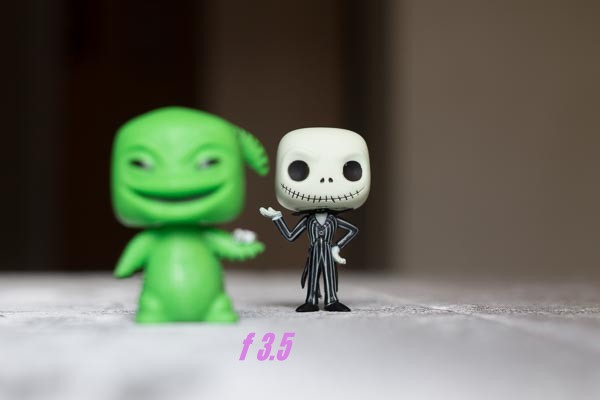 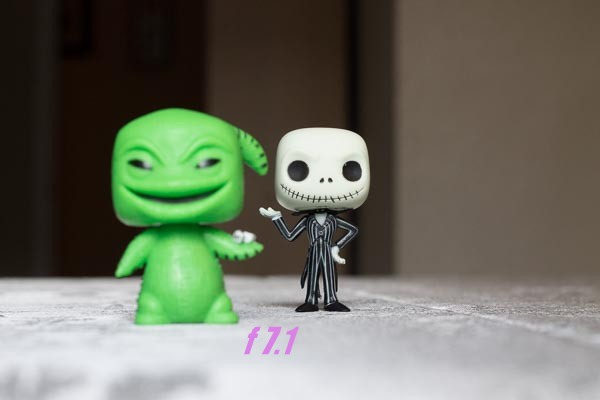 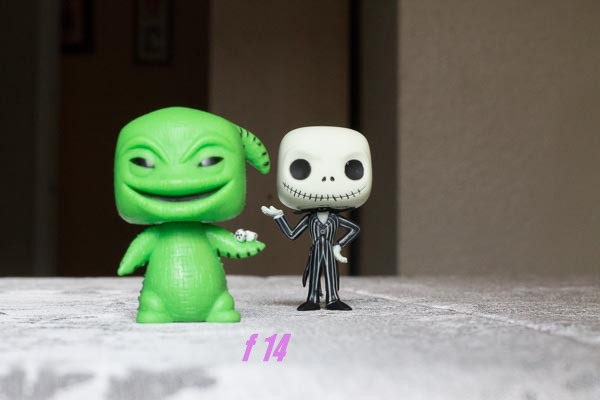 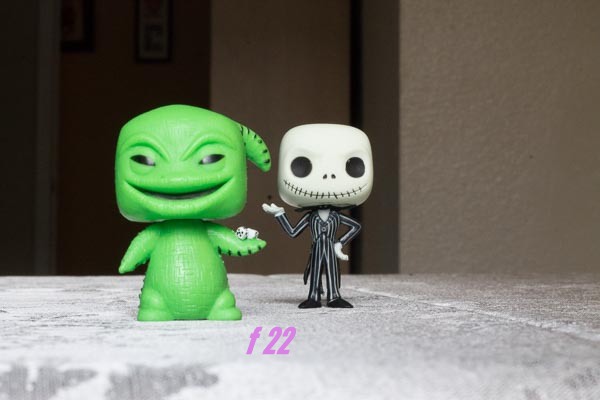 Can you notice the gradual progression where Jack is in focus and everything else becomes clearer? Aperture Priority mode let me control how much of the surrounding areas I wanted in focus with Jack.  By f 22 even the snowflakes were coming through on my seasonal clearance sale tablecloth. If you want to know how it looks the opposite way, with the focus on Oogie, here’s a few examples as well. 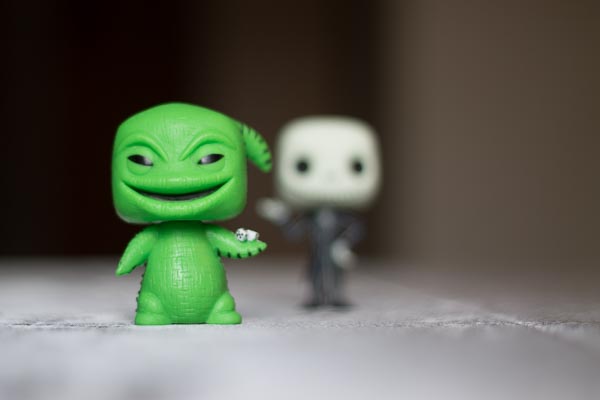 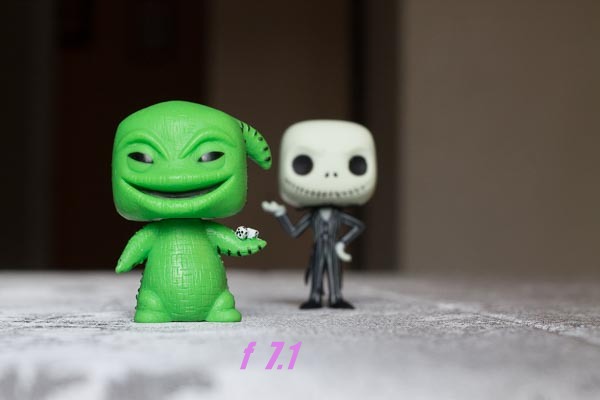 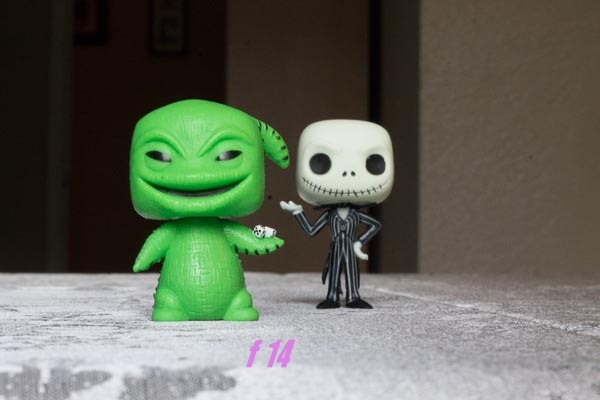 If you want a high aperture, you’re going to need A LOT of light.  The camera will adjust the ISO setting in Aperture Priority mode, but along with that comes a slower shutter speed and the need for a steady hand {or tripod}.

You probably want to reserve your f 11 and higher for landscape photography or maybe sports on a really sunny day, that sort of thing.  Also, the more space between your subject and the background the better.  I was pretty close to Jack and Oogie but if you were in a field or open space, Aperture Priority mode would really separate your subject {more than likely your kiddo} from everything else.

Here’s some of the first few pics from 2012 when I really fell in love with Aperture Priority mode. 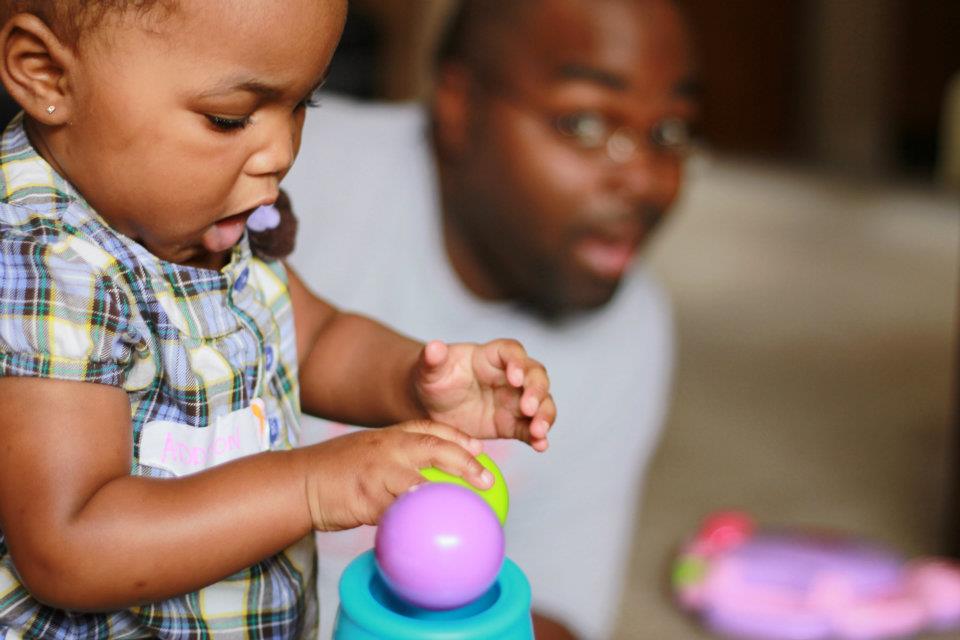 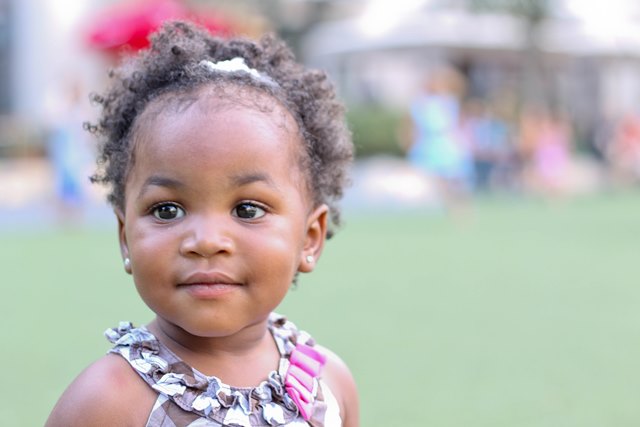 And here’s a picture that I took this month now that I am more comfortable with the settings and know how to make the camera do what I want. 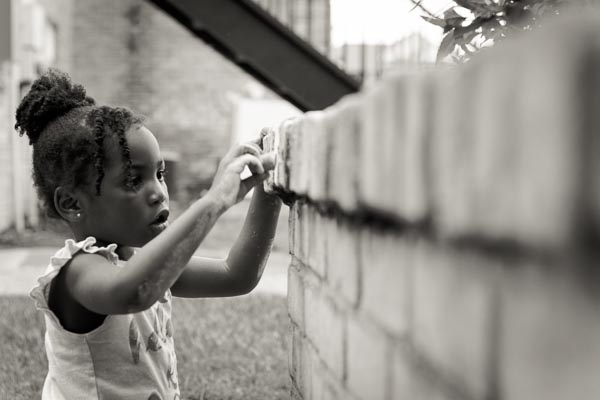 That’s the goal for me anyway.  To make the camera give me the picture I want.

So get out there and learn your Aperture Priority mode!  And let me know if there are any tips you want to see next. 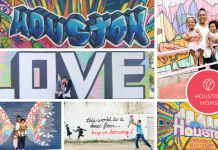 How My Hobby Saved My Postpartum Mental Health