It’s not every day that you meet people with an incredible capacity to LOVE. To give love. To share love. To open up their hearts and their home to the greatest love of all, a child. A child that was not born from the adoptive mother’s womb, but was born in this adoptive family’s heart. November is National Adoption Awareness Month and in its honor,  I am featuring two people that took a leap of love and faith that resulted in a vivacious little boy joining their family.

This family happens to pour into the hearts of my family and so many others every week at The Fellowship Church in Katy. They are John and Vanessa Cordes and this is their story of adoption.

John is the worship pastor at the church {The dude should be on KSBJ, just throwing it out there, radio!} and Vanessa directs the children’s program. With three biological children of their own, the idea of adoption only began to stir when a 7.1 magnitude earthquake hit the island nation of Haiti. The Cordeses were sponsoring a child in Haiti at the time and so began questions about what would they have done if this child had lost her parents in the quake. This natural disaster opened up their eyes to the great need for families for about 153 million orphaned children worldwide. The answer to their question was to make room for one more child and so began God’s work in their hearts in preparation to bring home one of their biggest blessings.

Adoption as we all know is a very timing consuming, invasive and COSTLY process. It can take years before an adoption is finalized. Vanessa admits that she was very ready to take on this journey first while John was a bit hesitant at first due to the large financial factor involved. After much praying, John says he finally felt God saying TRUST ME. Trust that I will provide and he most definitely showed up in miraculous ways! Little did they know that this journey would also lead to a ministry dedicated to helping other families with the financial burden of adoption. The stirring in their hearts had begun!

Initially, the Cordes’ thought they would adopt from Haiti but soon after they realized that door was not going to open. They felt led to pursue adoption in Africa. As it turns out, international adoptions have varying rules and requirements such as parental age, average income standards and number of children already in the home, among many others. Ethiopia would welcome them and so the process of paperwork, fingerprinting and home visits began. What should have been a 3-6 month journey, culminated in a 3 year family reunion in the making. The son that was to be theirs had not even been born when they began to pursue adoption. The waiting can be incredibly frustrating and painful; as there are usually many delays throughout the process. There were many times when they questioned God as to whether this journey was really meant to be for their family.

And so, after many months of waiting, close calls and a little frustration, John decided to grow out his beard.

His thought process was that people could see his face again once he was finally able to see his son’s face.

The beard grew and grew.

The call finally came and 3 years after they officially began their adoption journey, a 23 month old little boy from a small village in Ethiopia named Abas, finally became a Cordes.

John had the opportunity to meet Abas’ biological father and through interpreters he asked him what was the meaning of the name Abas. He said…BEARDED MAN. I’m pretty sure God dropped the mic right there. 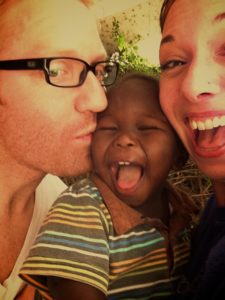 The Highs and Lows…

Bringing Abas home has one of the biggest joys for the Cordeses. Along with that joy certain challenges also coexist. Bringing home a child that has had a rough start in their very early childhood has a way of shaking up everything you thought you knew about parenting.  Finding out which style of parenting connects best with your child becomes an adventure where your best and worst self are often revealed. Post adoptive care is something that many mental and health care providers are not very well versed in, specifically when it comes to early childhood trauma.  This is something Vanessa says they struggled with early on when realizing that they needed to find more varied ways to connect with their little boy. It took several years of trial and error to find the right person to best help them meet their parenting and therapy needs with Abas.

Despite a few challenges, John tells me that Abas is thriving and flourishing! He has tons of energy, an amazing memory, seems to be quite musical {a good trait to have in the Cordes clan}, and has the uncanny ability to make real connections with people. I have had the pleasure of meeting this little dude and he definitely light up any room he walks into!

We know that adoption is crazy expensive. Now recall that John had heard God telling him TRUST ME earlier in this journey. When it seemed that there were no more funds coming, yet there were still lots of funds needing to go out, John asked a small group of men for prayer. A few days later, while sitting in his office, John received the news that an anonymous donor sent them a large sum of money, just what they needed to complete the adoption. When the Cordes’ were in the process of fundraising for their own adoption, they started a life group with other families that were also going through the same thing. They wanted to give back to families, just as they had been blessed and this is where Run 4 the Children was born. The 4 mile run takes place in Katy every November. The goal of Run 4 the Children is to help 100 children be adopted. So far 24 kids have found their forever homes with 16 families. Grants from the organization help families with costs ranging from airfares to legal fees to fingerprinting. If you are interested in finding out more information on how to qualify for a grant, please contact [email protected]. 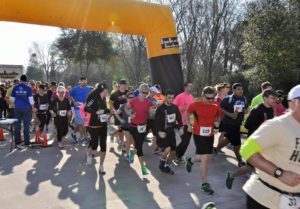 What you need to know…

I asked the Cordes’ what they would like other families to know about the journey to adopt. They both agree that the journey is a difficult one but they wouldn’t change a thing! It has helped them grow in their marriage, as parents and as believers in Christ. Before Abas came along, they wondered if could love a child that is not biologically their own the same way they do their other children. The answer is absolutely YES! God gives you this incredible, increased capacity to open your heart and just LOVE. Tough times do come along, however, they ultimately serve to change our perspectives on life and parenting. If they could put this journey into just three words, they would be :: 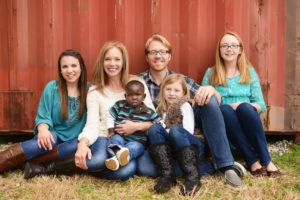 We want to thank John and Vanessa for opening up their hearts and sharing their story with the Houston Moms Blog! 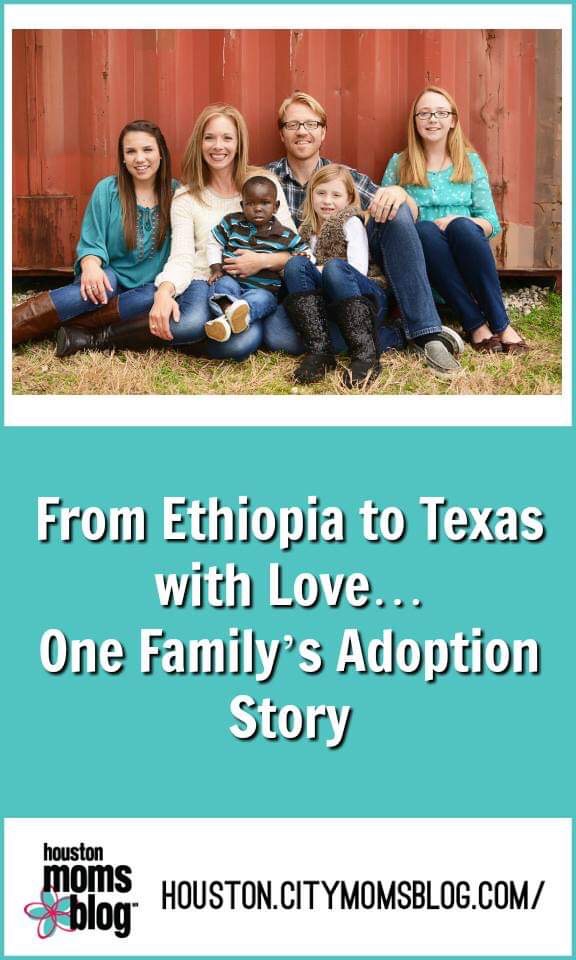 Fed is Best :: The True Story of Mommylocks and the Three Nursing Bears