It seems like every time I try to make big plans for my day, a worm my daughter secretly hid in her closet in a glass container from The Dollar Tree, perishes.

That’s dramatic. I’ve only had to plan two services.

But one could argue, that’s two services too many, for a young girl with the world’s biggest, squishiest heart.

And a mother, who despite living through the most fickle year of her life, has yet to gain the balance or strength needed to pivot.

To gracefully change plans, roll with the punches, suck it up and eat the yellow starburst. 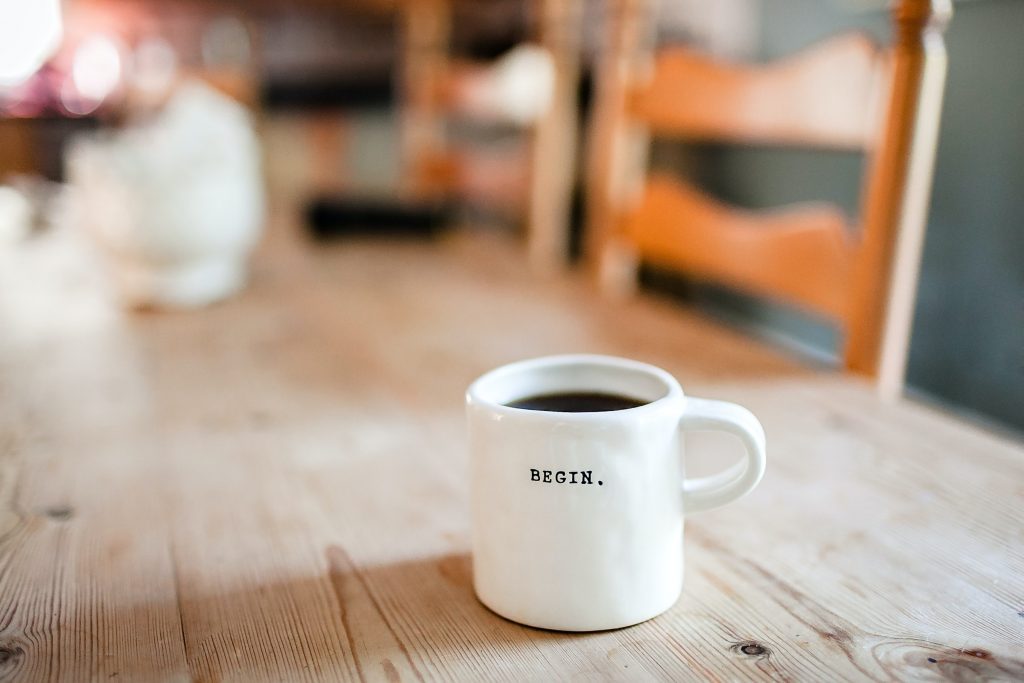 Yesterday started with purpose and direction; a different kind of waking up for me.

My appearance, haggard, but my mind, hopeful. Ready to start a full day of quality school, followed by a couple guiltless writing hours.

A reward for my efforts.

I recently completed the MOST tedious task of transforming one wall in our dining {temporary school} room into a magnetic chalkboard and I was living off of the brief productive high it had gifted me. That feeling of completion, of having a goal and seeing it through, was something I hadn’t felt in so long.

And I was determined that things were going to change. Starting with this grand wall of chalk. 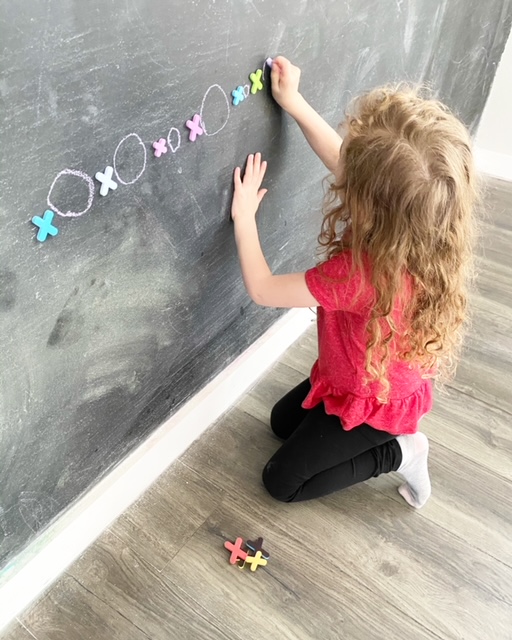 I woke up early, wrote down our schedule on the freshly dusted wall like a polite IG mom, added a few special touches like a poorly drawn Ender Dragon recalling sight words, and sharpened their lopsided pencils. I put the biscuits in the oven, a few eggs in the pan. Poured some obscure tea I bought from a kind, old lady who promised renewed clarity without the jitters or bloat. I even changed out of my actual pajamas to “lounge” attire, which isn’t exactly pajamas, but really is.

I was ready for the day. We were going to get some actual work in. A good three solid hours of knowledge and I would be free to work on the book I’ve neglected since December.

Four more minutes until the timer went off. The dog, nibbling on the good side of a bone. Me, with my magic tea. All was right and ready, didn’t even feel the need to doomscroll before breakfast.

That’s when the one with the curls came down the stairs. Absent was her usual, bright greeting to the world, GOOD MORNING, TEXAS!, as she glided across the stairs on the wings of a ladybug, glitter cascading down as she landed with a curtsy.

Instead, head down, small steps and a trembling bottom lip,

She threw herself onto the ground and tears flooded the living room.

That’s why I burned the flaky layered biscuits. 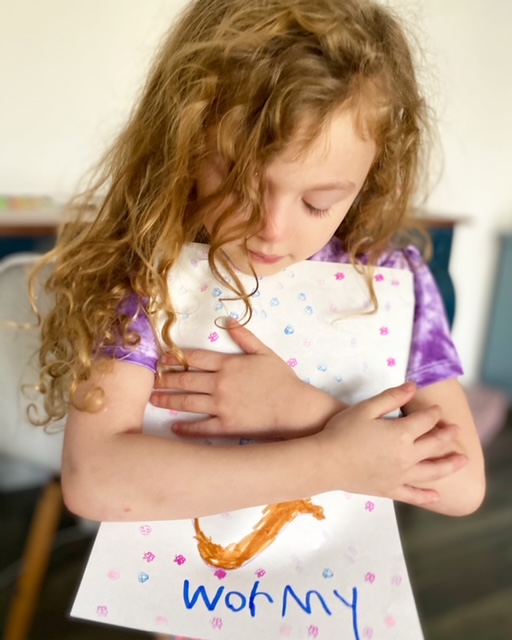 It took thirty minutes to calm her down.

In that time, I managed to ruin breakfast, lose my happy, and neglect my son. The entire morning schedule, gone.

It was like a dirty snowball. From hell. It wouldn’t stop rolling…

Eventually, one must leave the restroom.

I’ve tried not to. You get hungry.

Two more deep breaths and I open the door.

I’m already panicky about the time I have lost. My anxiety waves hello with a naughty wink.

But I’ve learned how to trick my body into movement, even when it’s heavy from rain.

I help her cut out pink and purple stars she carefully drew and colored in. They’ll look spectacular on a shoebox worm coffin. I tell her this. She already knows. She has decided to use paint instead.

I bribe my son to attend the service. Play her favorite Jojo Siwa song as we carry the box outside to say our good-byes.

I only found half of the worm… I don’t tell her that. I doubt she will open the lid.

Scatter a little dirt on the top. She says a prayer. Big bro rolls his eyes.

The dog waits for us to leave before he tears into the box. 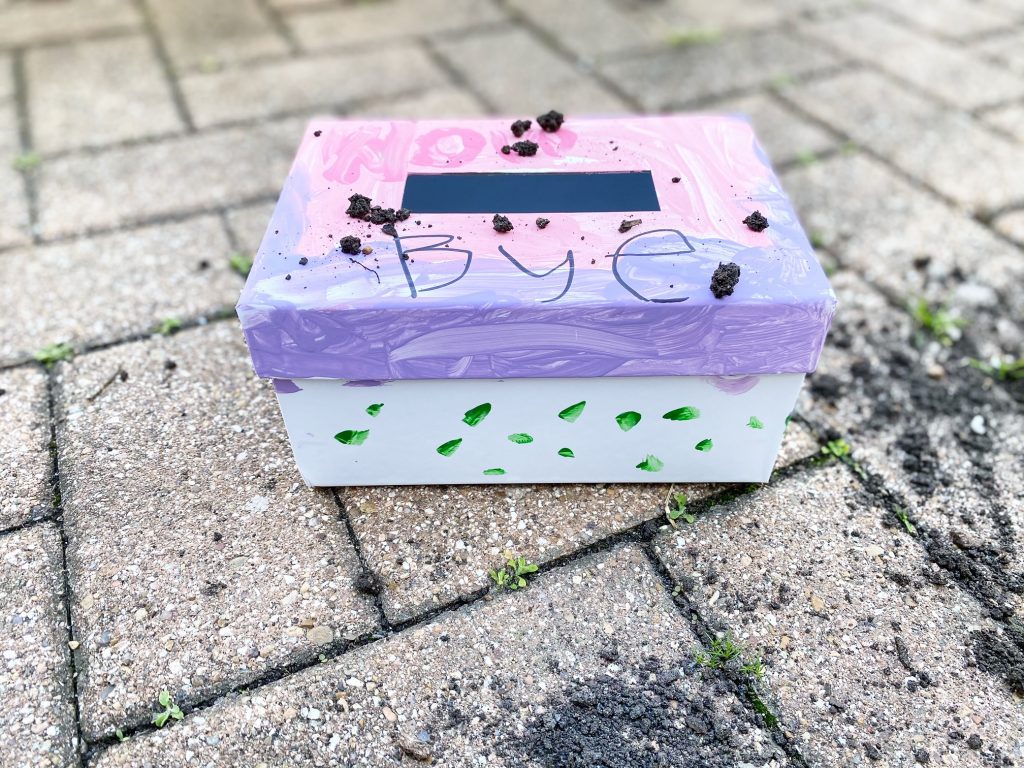 This year we were presented with a lot of worm funerals. Unexpected changes in our lives, surprises, that we have had to deal with before we could move on. Continue with our day. Our year.

Some much bigger, uglier than others.

And I am not trying to reduce anyone’s pain into something as simple as having to say good-bye to a tubelike animal, when you had other plans. Some pivots cost more than others.

I’ve had my share of shouting at the wall, demanding it move. Only to fall down and rest beside it.

And I’ve left the playroom dirty for weeks. Because it was the only thing I could count on. 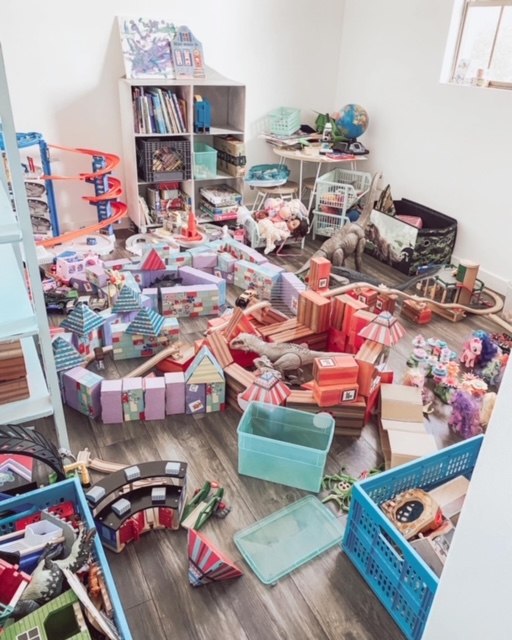 The productive morning I had planned, carefully sketched out across a board, didn’t work out the way I envisioned and texted my mom about.

But the day wasn’t wasted. We just changed the lesson.

Next time a worm dies, I’ll try to remember to sip my fancy, supposedly non-bloaty tea more slowly. Maybe start using a pencil instead of a Sharpie, when drafting that to-do list. 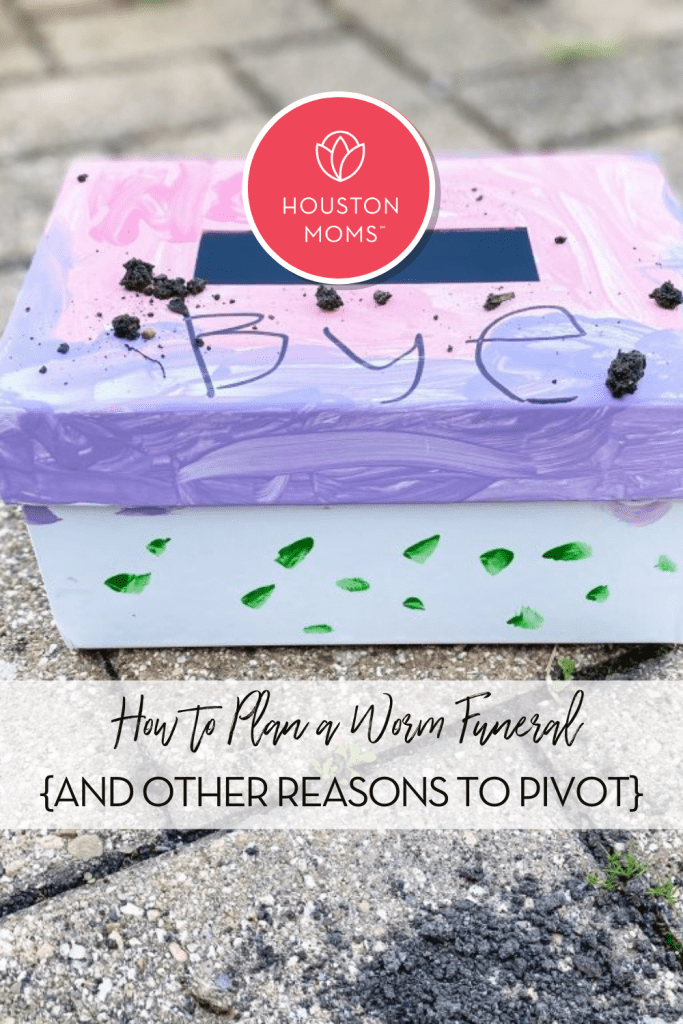 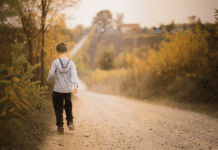 Enough is Enough: Saying No to Parenting in Fear 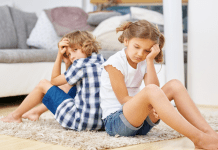 Teaching Our Children How to Accept Apologies