With hurricane season upon us, it is a good time to reacquaint ourselves with this meteorological menace. In true Jeopardy fashion – the answers are the questions and the questions are the answers. Play along with us for a moment. Ready?

Hurricanes for $200
Answer :: The date range June 1 of any year through November 20 of the same year.

Question:: What is hurricane season?

Remember, Mother Nature does not always play by the rules. The first hurricane of 2018 has already come and gone – a week before the start of hurricane season. Watch the news. Check the weather. Stay prepared.

Question :: What are the names for the second, third, fourth and fifth hurricanes for the 2018 season?

The World Meteorological Organization selects storm names beginning with the letter A and working through the letter Z. There are six lists of names, so on the seventh year – we start back with the first list. There is one caveat – the names of the most destructive storms are retired. The 2017 hurricane season was so destructive that four storm names – Harvey, Irma, Maria and Nate were retired.

Question :: Which American cities are impacted by hurricanes at least every two years?

Galveston is the Texas city closest to Houston; it is impacted by a storm every 2.65 years.

Question: What is the financial damage caused by Hurricane Harvey?

Hurricane Harvey was one of the most costly natural disasters in U.S. history coming in second behind Hurricane Katrina.

Question:: What is the date Hurricane Harvey made landfall in Texas?

While Harvey first hit land on the 25th, it danced back and forth between land and sea several times over the course of week. The lingering heavy rains caused catastrophic flooding in the Houston area. By the end of Harvey’s rampage, 13 million people had been affected, schools and business closed for weeks, over 200,000 homes were damaged, over 12,000 homes were entirely lost and the death toll stood at 88.

Nine months later, evidence of Harvey is not uncommon in the Houston area and some families are still in the process of recovering. Hurricanes, by nature, are unstoppable. Also by nature, their possibilities are very much open to speculation. Where exactly will it hit? How long will it remain in the area? Should we evacuate? And when it passes, what will remain?

After a laborious, extremely stressful, and at time scary evacuation prior to Hurricane Rita in 2005, I vowed that I would only attempt to leave the area under the worst of predictions and then – it would have to be well before the mass exodus that puts Houston freeways on permastop. So when news of Harvey began surfacing, I prepared to ride out the storm at home. My neighborhood has never flooded and I felt confident that we would deal with some nasty weather – but we were not in danger of flooding. I felt foolish {and nothing short of lucky} watching the timelines of those who once thought the same thing and were less fortunate than me. Mother Nature clearly had no respect for history or the thoughts and expectations of mere mortal men.

Therefore, this year, I will do better.

A FEW OF MY PERSONAL THOUGHTS AND LESSONS

A FEW OF MY FAVORITE RESOURCES

Kuddoes to Jacob Hunter. This is the realest hurricane prep article I have ever read. It is a little extreme in places, however, it lists several things I did not know or had never considered.

This is my favorite site for comprehensive categorized lists. Great stuff for the professional preparer. I am not here yet. I am more of a grade school to junior high level preparer.

My favorite list with actions to take prior to and after the storm goes to the Red Cross.

The power of Mother Nature is undeniable. Freeways under water. Families being rescued by boats in newly formed rivers in streets. Empty grocery store shelves. Impassible roads. Homes without power. With one hurricane already in the books even before the start of hurricane season – we may have just received a warning of things to come. It’s definitely time to get ready.

What are your best resources for preparing for Hurricane Season? 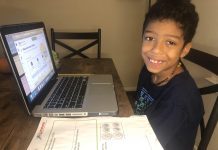 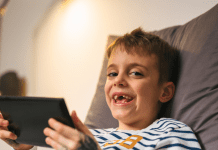 Help Your Child Learn to Read with Reading Eggs 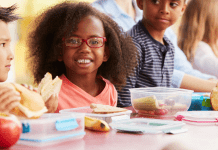 Kid and Mom Approved School Lunches Without The Stress