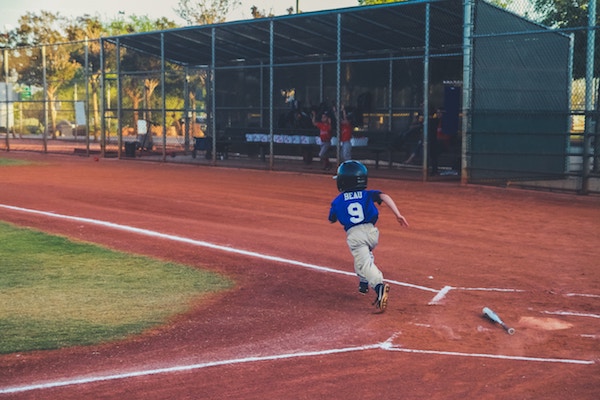 Mercifully, my older son’s Little League Baseball season is winding down. With four {or more} touches a week, our family has had to juggle and coordinate schedules for the last several months to make sure everyone can be where they need to be.

Yesterday during his team’s first play-off game, my nine-year old hit an impressive line drive straight over the heads of the opposing team. I did not cheer, because I wasn’t there. Instead, I was entertaining my youngest in the waiting area of the rec center while my daughter was in gymnastics class.

I Will Miss a Game…or Seven

I have only racked up about three or four games for each of the past three Little League seasons. Many times, I need to take the kids elsewhere {like dance, gymnastics, kids choir, birthday parties} or I need to be elsewhere myself. During his very first season, that elsewhere was often just safely at home, where I don’t have to be at wits end trying to corral and entertain a toddler and a preschooler in the Houston heat while struggling to catch a glimpse of my child at bat.

Oftentimes this season, the games just take place way too late in the evening. I don’t feel like prepping supplies and bringing the two other kids out while also fretting about homework, dinner, bath, and a very late bedtime on a school night. Afternoon games on the weekends are not much better–my youngest is often taking a nap during those, so I stay home. I don’t mind. I like baseball as much as any other red-blooded American and all, and I definitely love my kid, but meh. I could a miss a game or seven.

I’ve wondered whether there were other moms who don’t feel the need to park themselves on bleachers, mostly refereeing younger siblings, doling out endless unhealthy snacks, taking children to the public restrooms, and fending off requests for snow cones. I’m lucky if I catch much of the game at all. It has admittedly gotten better this season because the kids have all gotten older, but those struggles still exist to a certain extent.

I met another mom at a birthday party recently and she has teenagers in high school who play sports. She shrugged off the fact that she doesn’t attend many of their games. “It’s just too much.” I liked her immediately. We both agreed that unless it was the playoffs, we wouldn’t sweat it.

Don’t Feel Sorry for Him

Before you start feeling sorry for my little baseball player for having a horrible mother, rest assured that he is fine with my attendance record. One Saturday well into the season, when all the stars aligned, I ended up taking the two younger ones to watch their big brother’s game. The game had already started — I had been home with a napping child so we got there when we got there. As soon as she sees her brother’s team, my daughter runs over to the dugout with the little one in tow and shouts his name. “What are you guys doing here?” he asks somewhat accusingly. “Is it OK that we came?” I replied. “Yeah, it’s OK. It’s just that I’m not used to it.” We were cramping his style.

Don’t Feel Sorry for Me 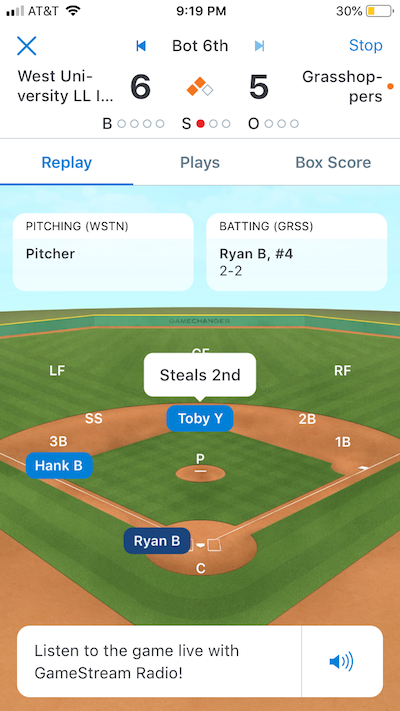 Before you start feeling sorry for me for having an apathetic son, rest assured that I’m thrilled he has this special bond with his dad. My son makes no secret of preferring the company of his father when it comes to baseball stuff. He and I are actually very much alike and bond over lots of other things—but sports is not one of them. {I jumped a mean rope and could hula-hoop with the best of the recess crowd when I was a kid— do either of those count as a sport?}

My husband is a great baseball dad and has handled all the logistics since the beginning. He takes him to every practice and is there at every game, shouting instructions at our son from the bleachers and annoying me with his backseat coaching. He knows all the other players and their parents. I don’t.

He’s even an official scorekeeper and inputs the action live into the Gamechanger app that allows me to “watch” the game on my phone. I keep up by tracking my son’s name on a graphic that shows him going up to bat and moving through the bases. Following on the app is much better for my nerves anyway. I’m a hand wringer at my son’s games. If it was socially acceptable to throw a blanket over my head when he gets up to bat, I would do it.

If I don’t get a chance to catch it live on the app, I use the replay feature to see what and how my player did. So, when he walks through the door after a game that I missed, I already know how to congratulate him or how to console him. After those late games, he comes home to a delayed dinner. His siblings have eaten and are in bed already, so I sit with my Little League-er and he tells me how it all went down. We celebrate or we lament together and this is our baseball thing.

We are Still Making Memories

I have very happy memories of this baseball season so far. Not many of them were made at the baseball field though, but the ones that were end up being extraordinarily special.

My son’s team is well into the playoffs. To be clear, he’s told me that he’s happy if we all show up and also fine if we don’t. I’ll try to attend as many games as I can though because soon, it will all be over—until next Spring that is. I’ll see if it gets any easier to catch a few more innings next year but even if I don’t, I’m not going to be sad about it. It is what it is. After all, everybody knows there’s no crying in baseball. 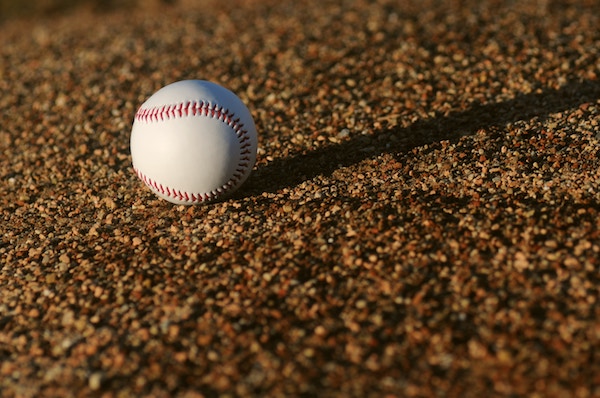 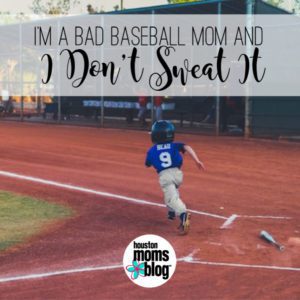