What does a mom really look like? Yoga pants and messy buns? Jeans, a t-shirt from her kid’s school, and slip on shoes? Workout gear? Heels, skinnies, flowy top, and lipstick? You can’t really pin her down with anything besides the kiddo hanging on her hip, holding her hand, or maybe darting off with a burst of independence. To judge her appearance on anything else — clothing, messy hair, lack of makeup — is well, judgmental.

I recently read a blog post labeling moms looking less than put-together as struggling and stressed. It went on to diagnose these moms as having lost their sense of self and worth.

I’m just going to leave that there

I couldn’t disagree more, and I’m here to passionately defend you, me, and any moms whose day gave them time for a quick shower and brushing of teeth and nothing more. I’m here to challenge the claim that how mom presents herself on the outside is “the best indication” of what’s going on inside, of who she is and what’s her worth.

I’m here to tell you, in no particular order, that looking like a mom …however you look like a mom… doesn’t matter!  Here’s why. 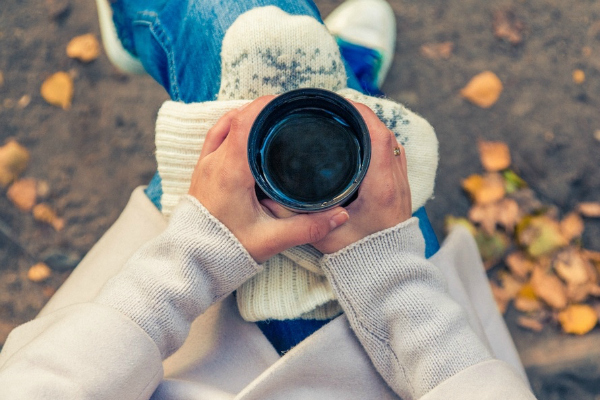 Maybe mom’s thoughts go something like this… “Zero Fox Given.”

And good for her. Really. Moms have enough on their plates without wondering if anyone is going to judge her self worth by her ratty jeans or non-monogrammed {or cutesy at all for that matter} baseball cap.

Maybe it makes her a better mom. {No, not better than you — just the best version of herself.} It’s certainly easier to climb after a toddler at the park, load up several kids in the car and push those giant car carts around the grocery store, splash in the sprinkler during summertime, and even squeeze in a workout during naps if not made up for the day. I, for one, am less likely to be as hands-on if I’ve put more morning time into my own look.

I hope my kids learn that their time is no more valuable than anyone else’s. For the most part, we are a prompt family. It’s important to me. If mom sacrifices a bit of her own beauty routine in order to arrive on time for school, play dates, church, errands before the kids get hangry around lunchtime, what of it? What she “gives up” doesn’t mean she puts her kids first for everything. She’s now thinking of other people. Perhaps she’s thinking of herself and the time she gets solo later in the day. There’s nothing unworthy about that.

While we are talking about time, we’ve only got 24 hours in a day, right? I’ll concede this: it’s beneficial for everyone in the family when moms can take time for themselves. It’s not always possible, but it’s a good lesson for kids, and it fills mom’s bucket so she can better care for everyone around her. But taking care of mom doesn’t always mean getting dolled up. Fitting in a workout {but perhaps not time for a shower after}, reading a book, sitting on the couch with a cup of coffee and a devotional while the kids watch tv, spending time prepping a tasty salad for lunch instead of eating leftover scraps from the toddler’s plate… These are all indications that mom is taking care of herself. But you might not know that if you are too busy judging a mom for her look.

Budget that is! Big or large, stringent or loose, we all have a system for our finances. Consider this: maybe being put together is a problem that’s not even on mom’s radar. Diapers, food on the table, house notes, kid birthday presents — let’s not tell mom that she’s overstressed and frazzled because these things might take precedence. Let’s just not.

Perhaps mom’s appearance might be indicative of what’s inside. Maybe mom was up all night with an infant. Maybe this is day 3 of the stomach bug, and she snuck out quickly for more Saltines and Pedialyte. Maybe mom made pancakes before school instead of doling out bowls of cereal and blowdrying her hair. Moms are designed to give. From the very moment of conception, moms are giving of themselves. If mom’s sloppy appearance indicates that she’s giving all she has to the souls around her, good. I would hope we can applaud such selflessness instead of throwing “overstressed” and “struggling” on her.

So let’s take our mom look for less these days…less judgement, that is.