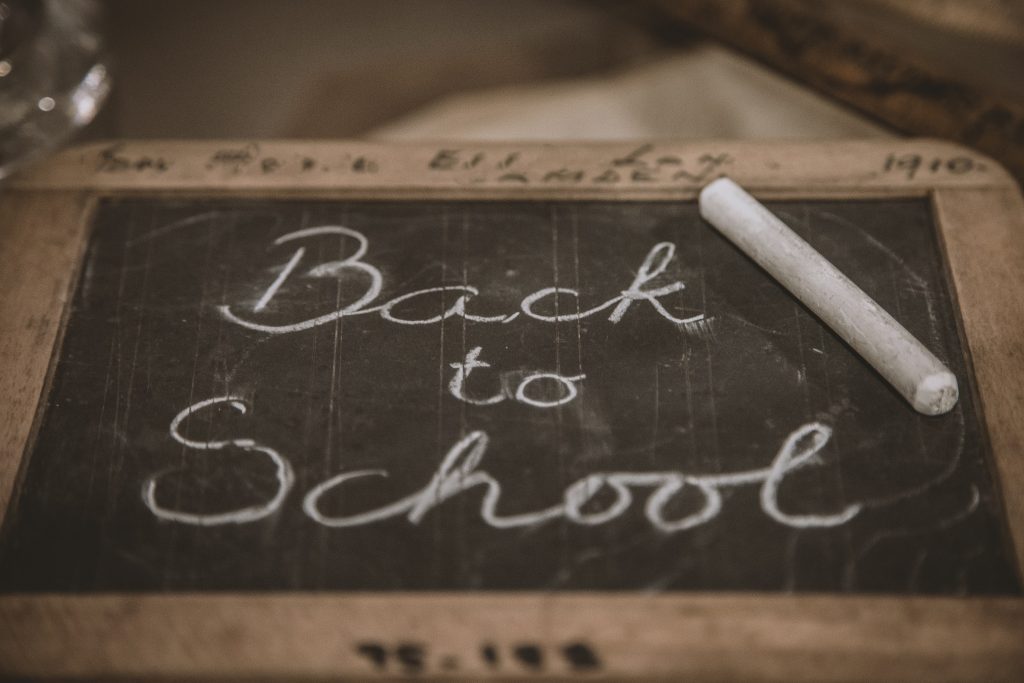 “So… what are you going to do with all your free time?”.

From close friends to strangers to the nice lady cashier at TJ Maxx after my daughter screamed, “I’M GOING BACK TO SCHOOL!”. The masses want to know.

I mean, I know for sure my mom would care. At least. Probably.

“Oh, I really haven’t thought about it too much. But I am SO ready.”

Lies. Much easier with strangers.

I’ll end up taking Tylenol for the throbbing behind my eye and proceed with my day.

Because I do think about it. Worry about it. Made a pinterest board, three months ago, named it DO THE THINGS, got overwhelmed after adding the same smoothie recipe three times, and quit.

I know how incredibly fortunate I am to be in this position {both of my children returning to school, while I wait for my 3:00 PICK THEM UP alarm, and ALL THAT TIME IN BETWEEN}. I almost didn’t write this post because of that.

But that would mean my experience isn’t valid. And that’s a sadness I don’t have time for.

I think there is some merit in sharing my own troubles. For myself. And anyone else, struggling or going through an unexpected funk, when you were prepared for rainbows. 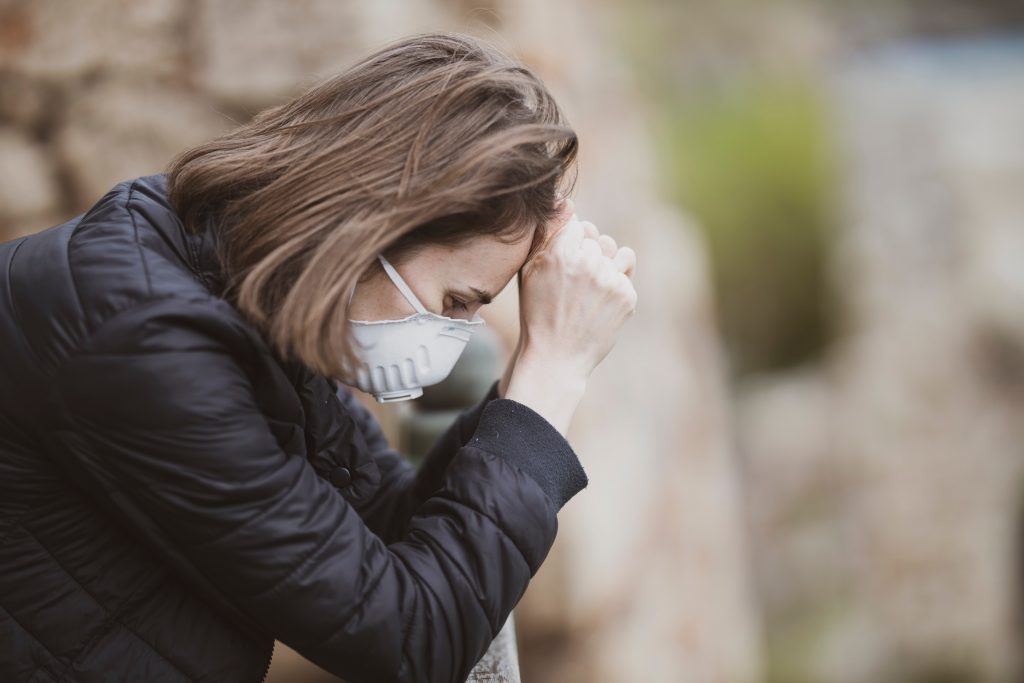 When we made the choice last year to pull our kids out of school, due to the scariness and uncertainty of the pandemic, I was ALL IN. I had never considered homeschooling my kids. Didn’t exactly think I could pull it off, but with both of them being so very young, I felt like I couldn’t possibly screw it up too much. At least, for one year.

Admittedly, I went a bit heavy with the PBS enrichment, definitely could have used more time on copywriting and skip counting, but all in all, no one really seemed to suffer.

I was ready {they were definitely ready} to be back in school. And now they are. And what I thought would be a giant exhale of gratitude and excitement, mixed with super productive days and the occasional guilt-free day-drinking meet up, has turned out to be… different.

As I try to find my footing and new routine, these are the stages I have crawled through:

The First Stage, AKA “Do ALL the things, ALL at once” Stage 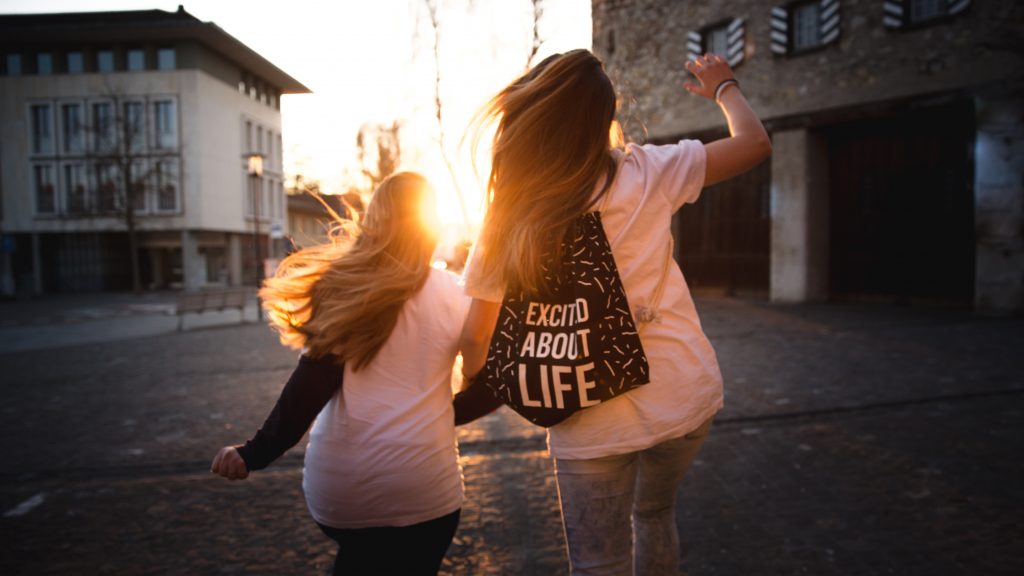 The one where I run away to The Heights and attempt to catch up on a year supply of things I missed. Which turns out, was too way too much to handle beneath a mask in the heat, while checking my phone 34723847 times to make sure the school didn’t call, attempting to drink coffee from 17 new places that opened up.

The one where I schedule 5 brunches for every day of the week. Want to immediately cancel them, not because of the company, but because I’m not that interesting and don’t want to pretend to be, 5 times in a row. Also, I have forgotten how to talk to adult humans and my eyes water more often that I remember.

I was often jittery and queasy and very aware of how socially inept I had become. I seldom felt happy, like I swore I would feel, for over a year, if I could just have the freedom to do so.

The Second Stage AKA “Guilt Trip and Other Sad Pastimes” Stage 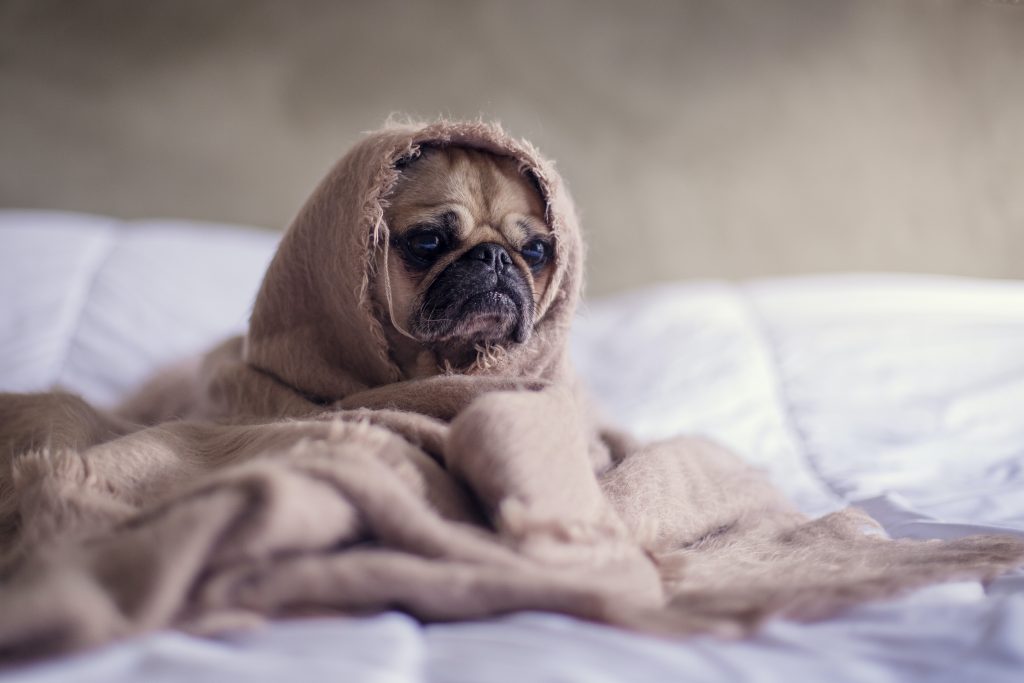 The one where you wallow. Have trouble finding peace or doing the dishes without crying. Everything is bad. Everything is going to stay bad. I didn’t prepare them enough. They will be behind. Everyone sees it. I am going to get a phone call saying, “come pick up your children, they are not ready and it is YOUR fault!”.

The one where you have no energy. No excitement. Can’t figure out simple tasks because there are suddenly too many tasks and at least half of them require organizational skills of which you have sworn off and buried for over a year.

This stage was the hardest to leave. The comfort and seclusion of my bed, too inviting and warm.

The Third Stage AKA “The Imitation and Team Sport” Stage 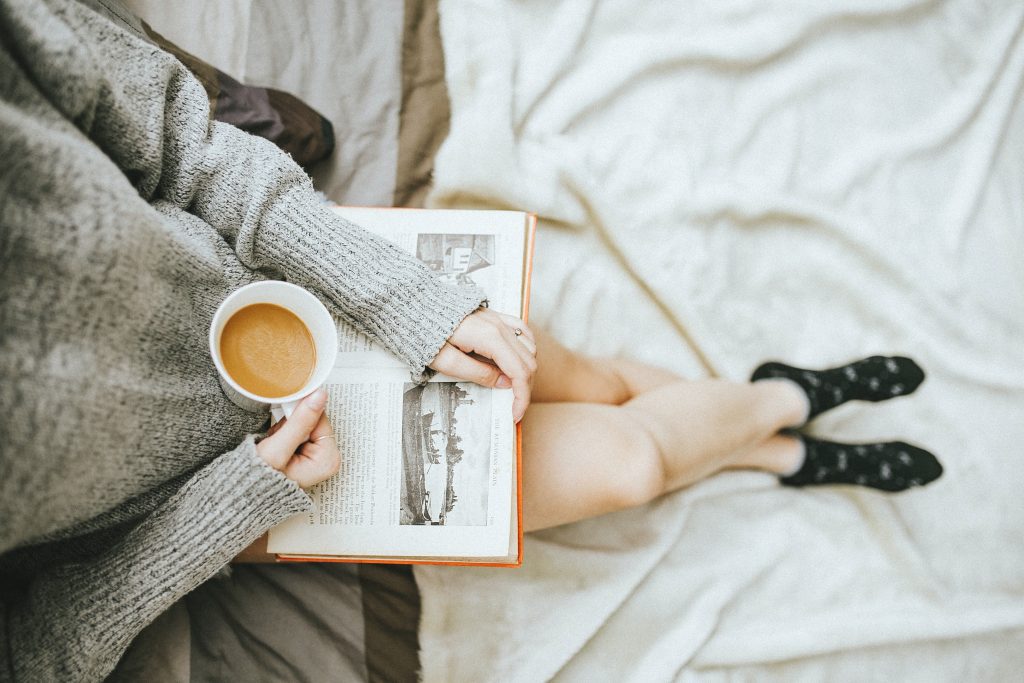 The one where I ask for help and advice from EVERYONE. And then tried my best to BE them. Wake up at least 45 minutes before the kids, get your quiet time in the morning, like Samantha. Schedule Pilates, like Jade. Pick a new hobby, like Jamie. Journal. Read scripture. Meditate. Put on something besides pajamas. Like everyone else on my IG feed.

{Not to knock ANY of those things, but I can’t write with sleep in my eyes, I don’t own a bible, my jammies are ADORABLE, and if I try to meditate, I will fall back asleep and wake up to my children pleading for cereal.}

The Fourth Stage AKA “Like the Beatles, Let it Be” Stage 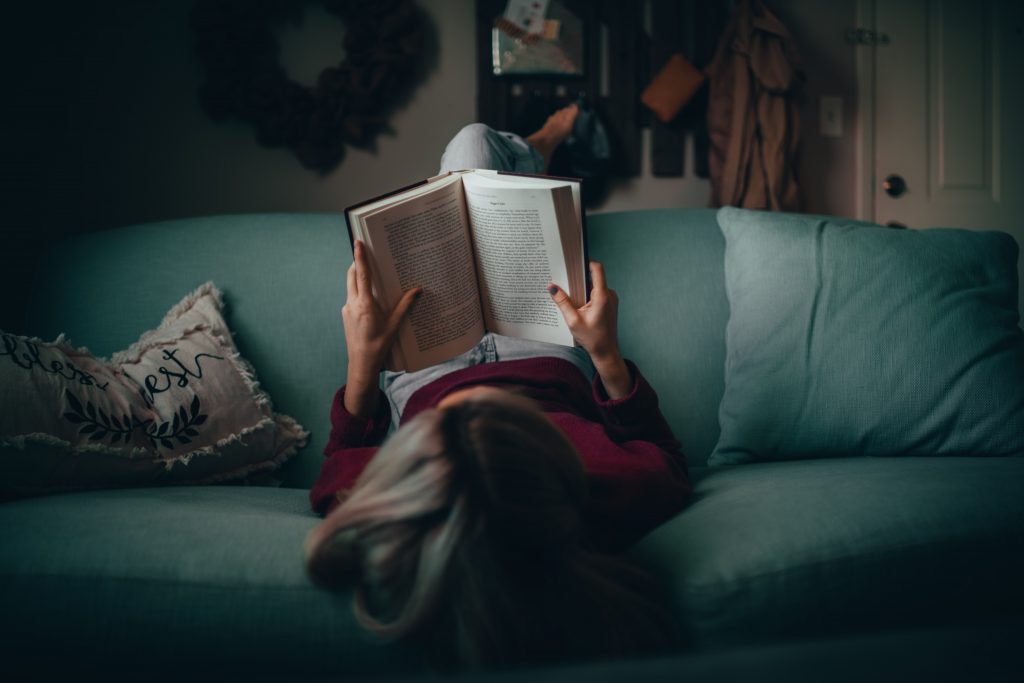 The one where I wake up 15 minutes later than I planned, but don’t panic because I set out their clothes the night before.

The one where I go on a walk with the dog because the weather was nice, even though, I had planned on going to the gym.

The one where I write for three hours straight and don’t worry that the laundry wasn’t touched while the kids were at school.

The one where I kind of, sort of, verrrryyyyyyyyslowwwwwlllllyyyy, start trusting in my own kids and their abilities to handle change and hard things, without my constant hand-holding and direction throughout their day. 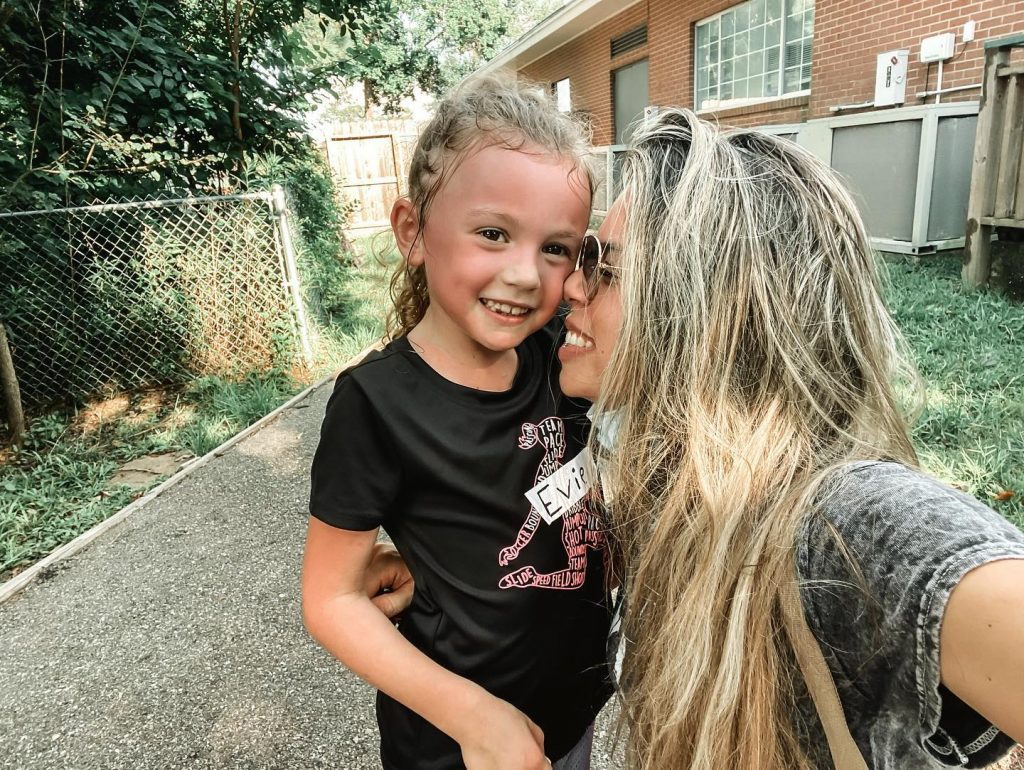 We are all going through a learning curve. Figuring stuff out. Breathing. Living. Doing. Stumbling. Repeat.

Eventually, I hope to have a routine and be productive and MAYBE organize my fridge.

Right now, I just want to make it through the day, without feeling nauseous {my least favorite anxiety activity}. Maybe, a few towels folded. Some new words on a blank sheet. Stop imaging all the horrid things that can happen before I enter the car rider lane.

But I am always down for a hug or peace sign from your window, during drop off. And a reminder that it will all be okay.