I met my husband Matt at the beginning of my final semester at LSU, just when I had it UP TO HERE with the whole college dating scene. I was disillusioned to the point of writing off boys for the interim {because let’s face it, most college boys are just that – boys} and making plans for post-graduation, including a potential move to Atlanta. Then in swept this handsome, hilarious, smart, loving, Aggie MAN, only in town for an internship at a local oil company. After dozens of late night phone calls, hours spent talking about anything and nothing at all, I was done. Bliss. Heads over heels. Every single cliche in the book. Suddenly, I couldn’t remember my life before Matt and immediately shelved all of my other “plans” so we could build our life together. Everything pretty much steam rolled from there – after 2 weeks, we knew we were going to get married…after 6 weeks, we whispered “I love you”…9 months later, he popped the question…and we married less than a year after that. A whirlwind to say the least, but an amazing one. 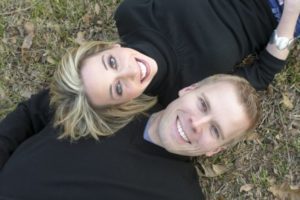 The day after our wedding, we packed up to start our lives together in a tiny but cozy 1 bedroom, 500 square foot apartment in Slidell, Louisiana – affectionately nicknamed the gateway to Mississippi and just north of New Orleans. Matt worked insane hours at his new job, I found a job in retail banking, and life just sweetly moved on. When people commented that the first year of marriage was the most difficult, I found myself laughing and wondering what they were talking about. After all, how hard was it to live with someone you loved, go to work, hit the gym together, try out new restaurants, meet up with friends for cocktails, and pretend to cook by dumping Prego on half-cooked noodles? {God bless men that will eat anything.} Oh, how little did my 23 year old self know…

August 29th, 2005 flipped our idyllic lives on their proverbial bottoms. Hurricane Katrina rushed ashore and given our proximity to the large lake to the south, our new home, the one we scraped together every penny we had to buy, was nothing but a shell in a matter of hours. Gone were all of our pictures from our first two years of marriage, furniture, clothing, and even a car. More than that, it stripped away our child-like bubble we were living in, our marriage fantasy suite if you will.

As we tried to sort the wreckage, figure out job situations, prepare for a move to Houston {which by the way, thank goodness!}, we drifted a little bit further apart. No doubt that we dealt with the tragedy in different ways. Matt was all business, head down, get it done, rebuild, sell, move, and start over. I was the emotional wreck, later diagnosed with PTSD, and lost my desire to do anything that I previously enjoyed – no more working out or reading. Instead I spent hours upon hours studying anything hurricane-related and just buying anything and everything I could to start replacing what I lost. Not exactly healthy, and we most definitely weren’t on the same page. We had fights upon fights upon fights. We screamed. We shouted “divorce” when we really wanted to stick it to the other person. I started staying away more, going to happy hours with “friends” just so I didn’t have to face him at home. It was ugly. I still find it painful to recall. Raw.

Just about 11 months after Katrina rocked our world, we received news that once again brought me to my knees. My amazing father, my pillar of strength, was diagnosed with stage 4 cancer. No one ever said “terminal” to my recollection, but I just knew. And it was. Two months after that devastating diagnosis, the Lord called him home. I was his baby girl. He was my protector. Any semblance of reason I was holding onto at that point was gone. I was numb emotionally, perpetually exhausted, and could not find my footing. I won’t speak for Matt, but I’m guessing that much like our little home in Louisiana, his bride was now just a shell of her former being. To this day, my biggest regret of my daddy’s passing, was him going Home not knowing if his little girl would be okay and if our marriage would survive.

I’ll leave out the massively personal details here, but safe to say the downward spiral continued. Divorce lawyers were contacted. Sleeping in separate bedrooms. The details get a bit fuzzy, but I still remember the bleak darkness and utter despair. Crying out to God how everything could come crashing down in such a short period of time. I was angry and hurting. Matt was angry and hurting. I didn’t see any way that this was going to end well and pretty much resigned myself to being a 26 year old divorcee.

That is until my husband, with one last ditch effort, walked into a local church one day looking for help. There he met an amazing Care Pastor who provided him resources for Christian counseling and then told him about a class called “Marriage Matters”. By providence, I had been in counseling for a good six months by that time and my heart was beginning to lose it’s hard edges. I agreed to attend. The first few sessions we listened, interacted with our small group, then got in the car to drive home in deafening silence. But as the weeks passed by, conversations began to happen. Deep ones. I started seeing my husband with fresh eyes. I remembered why I fell in love with him. And hell, I even remembered why I liked him. And I believe it was the same for him.

Piece by piece, we put back together our marriage. I can’t remember exactly when it happened but we climbed that mountain, inch by painful inch, sometimes slipping but always keeping our eyes on the peak. And we made it. By God’s grace, a lot of hard {and heart} work, we became whole again. Two healthy people who made a conscious decision to save a marriage. We were WORTH fighting for. Redemption.

It’s funny how you can look back and see all the good that erupted from the bad. We firmly believe that all of those trials were preparing us for some massively dark days ahead. From a battle with infertility, to losing Matt’s dad in almost the same tragic fashion as mine, my mother-in-law’s breast cancer diagnosis, to our daughter being diagnosed with a would-be fatal heart condition and subsequently spending weeks upon weeks in the hospital with her – without having our eyes fixed above and our hearts as intertwined as they are now, I know we would not have made it through in one piece. 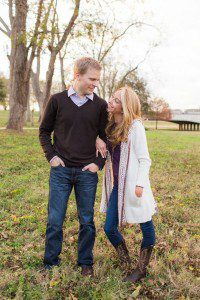 And my goodness, I’m so glad we did. Matt is my heartbeat, my life, my best friend, and my lobster. He is the only one who can make me laugh in the darkness. His zest for life is an inspiration. He’s a powerfully loving father and would sacrifice anything for his family. It’s often an overused word but here it’s perfectly applicable :: without question, we are blessed.

Our marriage isn’t perfect. Whose is? Of course, we still have moments where we absolutely lose our minds over the most inane things. We get angry and spew ugly words for no reason. We can be unkind to each other and maybe not always treat with the respect the other deserves. But we’ve learned. We know how to make room in our hearts for forgiveness. We don’t allow the “Big D” word to be uttered at all in this house. We protect our marriage. We love. We remain united.

And so this is our “fairytale” love story. Not quite the one I pictured as an innocent and wide-eyed 23 year old bride. Clearly it would have been nice to have a little less drama but that’s just not real life is it? This is our love actually. And when I think of what could have been, I wouldn’t trade our story for the world. Happy Valentine’s Day to my one and only. Hand in hand, we will keep walking this path, and no matter how windy or bumpy the ride may get, we will navigate it together.

If you are going through a tough time in your marriage, please know you are NOT alone. Sometimes it can seem like everyone else has the perfect marriage except you, especially when scanning through the highlight reel that is Facebook and other forms of social media. Be encouraged :: Redemption can happen and hearts can be mended.