I am pretty much an open book. There’s not much I haven’t shared from our infertility journey to my hysterectomy and my marriage trials. But one thing I haven’t been able admit {to myself even} is that the day my babies were born was one of the worst days of my life.

Now I know that sounds dramatic but it’s true. I don’t let myself go back to that day very often. And when I do, I quickly move my thoughts to something else because it sends me spiraling into a pit of self pity.

On June 2nd, 2010 I had a routine doctor visit. Our twins had been growing so well and I really, for all practical purposes, was feeling fairly decent for someone carrying around 10lbs of babies at almost 36 weeks. I had no reason to suspect that the day’s visit would be anything but uneventful so I slammed some LaMadeline down with my husband and went to the appointment. So of course, I was taken by surprise when the doctor asked me the last time I had eaten. Ummm, hello. Preggo here, I was eating anytime I wasn’t sleeping. The babies had simply run out of room and Baby B’s fluid was extremely low. I begged off delivering that day under the guise of I needed my mom to come down and the doctor agreed that “go time” could be the next night.

But honestly? I was scared.to.death.

With Baby B’s heart condition {our Quinnie}, all I knew is that she was safe inside me. Once she entered this world, all bets were off and we had no idea what was in store for her. I wanted to keep her with me, nestled safe and snug and I couldn’t do that. I couldn’t protect her anymore. It was time to let her go and it killed me.

June 3rd was such an odd day. My mom arrived and I mostly puttered around. I mean, what do you do when you have a c-section scheduled at 6pm? You can’t eat which is horrible, sleep was fitful, and I had nothing to distract me. I remember driving to the hospital with my mom and my husband followed behind so we could have a car down there. On the way there, I just recall staring out of the window, seconds from bursting into tears because I did NOT want to do this. I couldn’t do this. But there was no choice. So on we continued to the hospital where instead of feeling celebratory about finally expanding our family, I had the face and heart of someone attending a funeral.

There are no happy hospital bump pictures, none of me smiling with tender anticipation. I have one single picture of my bump in the gown, but no face in the picture. I couldn’t do it. 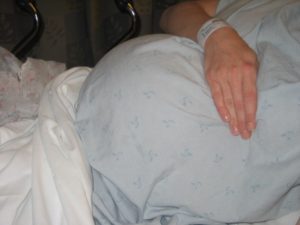 When the hospital staff came in for all of the pre-op preparation, I checked to make sure it was okay if we brought in our camera to the OR. I mean, everyone who has a c-section has that standard blue cape picture where they bring the baby over and it nestles in your neck, right? They told us an unequivocal no. No cameras would be permitted by order of my OB/GYN. Then I knew that things were maybe even more serious than I initially expected. There would be no time for pictures after they pulled out my babies and whisked them away. A sense of dread coursed through my veins. We were going to lose her. I just knew it.

Panic filled me as the medicine started to do it’s job and made it difficult to breathe. I made the anesthesiologist promise me that as soon as the babies were out that he would start some “chill” medicine. I couldn’t swallow, I couldn’t cry. I only could just lay there and stare at the ceiling wondering how our happiest day of our lives had turned into this horror. 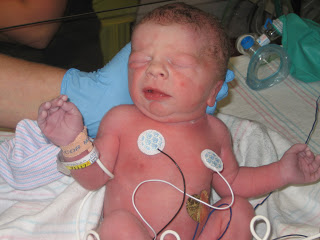 Ryan came first. I don’t remember if he cried or not but I never got to see him. Zero peeks over that blue drape. They yanked him out and thrust him into the arms of waiting Neonatal team. Next up was Quinn. I remember the pulling, my body swaying over the entire table as they tried to maneuver her tiny body out of mine. Finally. She was here but again, I never saw her. From there it was a blur. The medicine came on strong and Matt left my side to go see the babies on the other side of the room. We gave birth in the OR closest to the hallway that connected to Texas Children’s with the anticipation that both of them would head straight to their level 3 NICU. At some point, I suppose Matt must have told me that they were okay but I didn’t know much beyond that. They stabilized Quinn pretty quickly and immediately put her in a NICU incubator. They paused for about 4 seconds behind me as I craned my neck to even get a glimpse of her. She was so tiny, so fragile. Just 3lbs 13oz, unbeknownst to the doctors, she had a failure to thrive in utero most likely due to her heart condition. So while everything was perfectly formed, she had zero fat on her and just looked…so very ill. We were going to lose her. I just knew it. 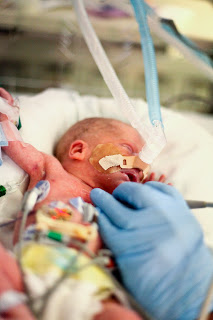 From there I finally went into recovery and still I hadn’t seen Ryan yet that I recall. I laid in that bed by myself waiting on my mom to get to my area, trying to process what had just happened. I knew nothing and no one could really tell me anything. It was the most bizarre experience of my life. Here I was doped up, having just given birth to not just one, but two babies…and my arms were empty as the moment I walked in.

Finally the curtains popped open and to my surprise they brought Ryan to me. We had all anticipated he would be in the NICU as well but after a cursory check, he was deemed perfectly healthy. Praise Jesus. They said he was here to stay and I remember saying, “Forever?”. I was still a little high. 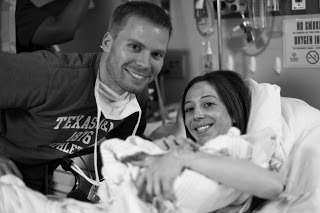 The rest of that night was just..not what I expected in my mind. I was so very sick from the drugs that I couldn’t stop throwing up and I was so out of it, I could barely hold Ry without dropping him off my bed. And all we knew about Quinn was that she was in Level 3. Matt tried to bounce between the NICU and also being with his wife and son, and I could see the strain in his eyes. How do you pick?

Indeed, how do you? The rest of our stay would be “picking” one baby over another, nothing a momma’s heart is ready to do so soon out of the gate. Quinn was thankfully stabilized but it was going to be a very long stay for her, in totality the first 7 weeks of her life were in the NICU. And spoiler alert, we do have a happy ending to this story…Quinn eventually came home, she had 2 major heart surgeries, but we did not lose her.

But I will always remember the day that I thought I would lose her. It’s a pain that I wouldn’t wish on anyone. I mourn the day I gave birth because it just wasn’t the picture I had in mind. I was supposed to be elated, right? It was our dream come true. And it still is, but that day wasn’t. I can hardly bear to read people’s happy birth stories because mine was…well, not. Time has eased the pain some and while clearly I wish I had a different one to share, this is our story, and we survived it together. The four of us. As we always do. 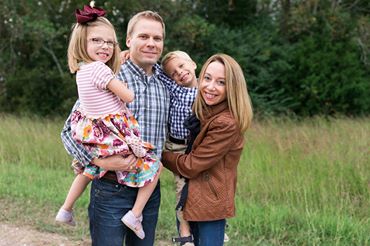 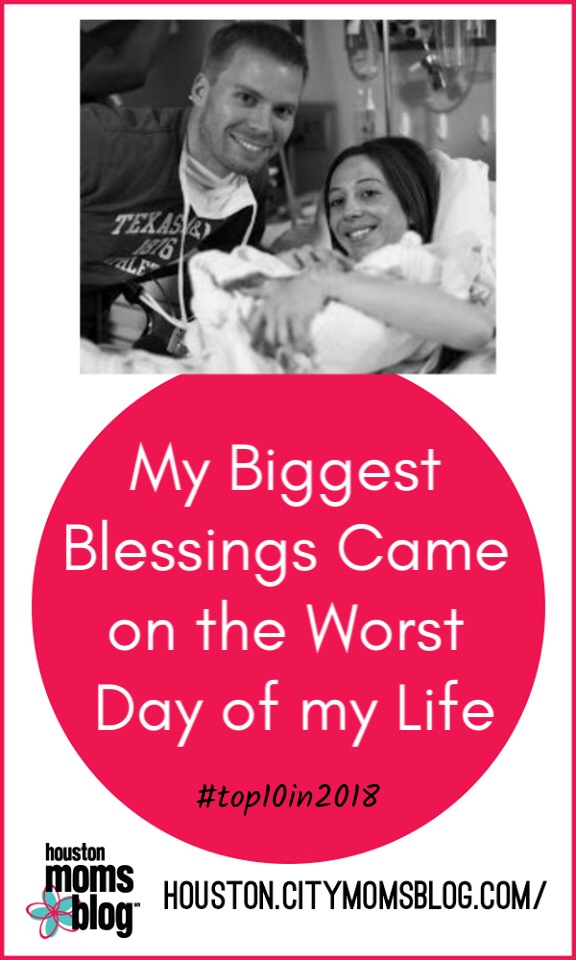 Working With a Birth Center During My Pandemic Pregnancy

Great Expectations vs. Reality:: Having a Baby During a Pandemic