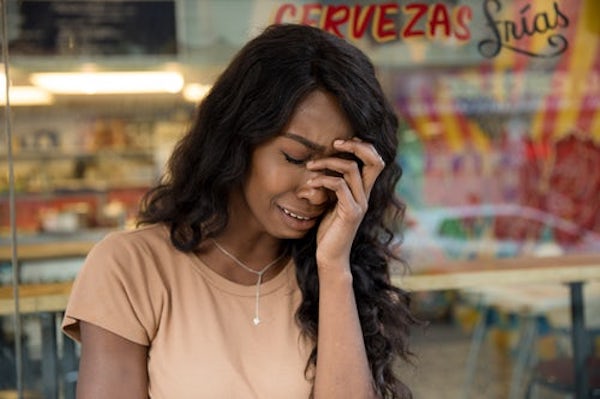 I have been obsessed with Brene’ Brown since I discovered her work a few years ago. Down to earth, funny, a bit crass, with some Harry Potter references thrown in, she is my social work idol. When I moved to Houston I was thrilled to share the same city with her, and may even have tried to audit one of her classes at the University of Houston. Spoiler…they won’t let you do that {insert shrugging emoji}.

In celebration of Brene’s new Netflix special, I wanted to share some areas that I struggle with in my personal journey toward vulnerability. Motherhood has made it a whole new game. As Brene’ says “If you don’t do vulnerability, it does you.” Boy does it, mama.

This is one of the myths of vulnerability that I have read countless times and heard over and over again. You must be vulnerable to have courage…blah blah blah. It makes sense, and is a nice sentiment, but in practice, the feeling still sets off alarm bells for me. Being vulnerable is exposing myself, often owning hard feelings, and I still equate those with being weak. It is a message that I am working to relearn, but that trigger is real. I am a type A person who thrives on projecting the illusion that I have it all together, and being vulnerable means revealing that I actually…don’t.

I will say this is an area that has become a little easier for me when I am sharing with other moms. Almost always, if I have had a struggle or a mess up, they have been there too. I know that we have those struggles in common, so it often feels safer to share. I think we are becoming more intentional about lifting each other up, and holding space for each other in the hard times, and that makes it easier to reveal those softer sides of ourselves to each other.

I Don’t Have Time for Vulnerability

I don’t know about you, but there are days when I am feeling something hard, or trying to work through something, and I just don’t have the luxury of sitting with my feelings. There are dishes to be washed, a toddler to comfort, errands to run, etc. Often being vulnerable takes intention and energy for me, and at the end of the day sometimes I just don’t have it.

I Feel Like I am the Only One Trying

There are times when I feel like I am the only one practicing this skill {especially in our current social climate} and feeling alone in trying to be vulnerable is not very encouraging for me to keep doing it. I see family members avoid talking about hard things, we talk about work struggles in whispers but don’t address them head on, and I have a husband who prides himself on “not having emotions”. Add into that the perfect storm of curation that is social media, and it just feels like I am going it alone sometimes.

That’s the real truth right there. Being vulnerable is scary. Almost every time. It is risk, and uncertainty, and emotional exposure. It is handing control over to someone else. It is being along for the ride even though you don’t know where you will end up. It is riding out big emotions with our children in public when everyone is staring at us. It is hard and scary, but it leads to wonderful, magical things.

Come to think of it, it sounds a lot like being a mom. 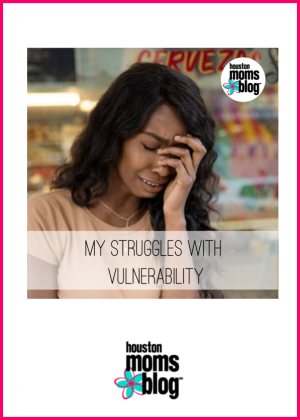