I hear bloodcurdling screams coming from the bedroom two of my children share. Thinking surely someone must be on fire, or worse, I rush in. There’s no fire, just two hysterical children tearing at each other like wild animals.

“Whoa, what is going on?” I ask, peeling my son off my daughter’s back.

“He scratched me so I kicked him in the face!”, my daughter wailed, lunging for her brother again.

Frustrated and angry, I make them retreat to different rooms. Not five minutes later, they are literally begging to play with each other again. And when they are reunited, they are like long-lost friends, hugging, giggling, and planning their next game.

After months of living with the reality that the children living under my roof will never be described with words like “calm”, “selfless”, or “go with the flow”, I’m starting to come to terms with and understand their volatile relationship.

MY CHILDREN ARE WORKING WITH BIG EMOTIONS BUT LITTLE SELF CONTROL.

Literally, the part of their brain responsible for impulse control is underdeveloped. Some of their crazy shenanigans simply cannot be avoided {BECAUSE SCIENCE}. Their emotions are sometimes bigger than themselves, and the situation, and they lash out at the easiest/closest person to them – their sibling. My two year old, especially, has little ability to reason, or practice delayed gratification. His sister’s pigtail is just RIGHT THERE begging to be pulled, so he pulls it. Obviously.

MOST OF THE TIME, THE LITTLE ONE STARTS IT BUT THE BIG ONE GETS CAUGHT

My 2 year old son is sneaky. He will wait for the perfect opportunity when no one is looking to grab his sister’s toy, shove her off his riding toy, or grab the piece of art she’s working on. Then, her hysterical reaction {which usually involves some sort of violence against her brother} gets my attention as he wails in agony. I’ve had to really be conscious of disciplining both kids, not just the one who gets caught retaliating.

I AM RESPONSIBLE FOR MY REACTIONS TO THEIR BEHAVIOR

Listen. This is the lesson I haven’t  at all mastered. These little darlings WEAR ME OUT AND WEAR ME DOWN. Admittedly, their bickering and fighting cause me to retreat to the solitude of my {locked} bathroom multiple times a day. I have yet to make it through a week without completely losing my cool in total exasperation. But, as many excuses as I throw out, I am the adult, and I set the standard for behavior in my house. If I act like a child in response to their childish behavior, they will never learn another way.

Regardless, I also have to give myself, as well as them, a lot of grace. All three of us are flawed humans, with selfish attitudes and raw emotions. And the day in, day out experience of living in a family is just intense. So when I screw up and lose my temper, I apologize, and try to calmly talk about what made us all so upset. 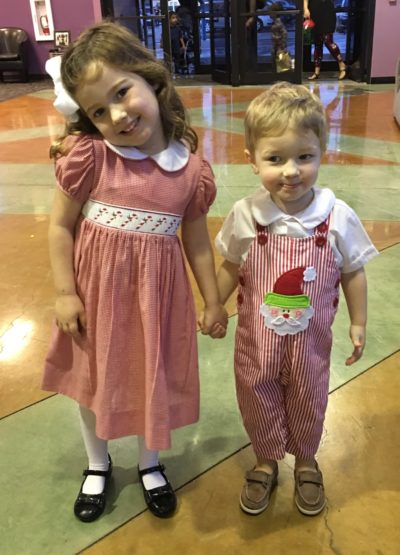 I am consistently amazed at how fiercely my children love each other, and will stick up for each other with other kids. They share a room because they want to be close, and when they are apart, always want to know where the other is. Sure, they have big negative emotions about their sibling many times a day, but they also have even bigger love and closeness. I hope that long after the daily physical fighting ends, they will remain close and have wonderful memories of growing up together.

Do you have siblings who bicker and fight? What strategies do you use to calm their emotions and reactions?