I pushed my daughter on the swing on a warm afternoon. We played a little game where I act like I’m going to tickle her as she flies towards me. She absolutely loves this game. As I lift my hand to reach for her little belly, she squeals, No, mama. No, mama! No tickles! Even though she’s protesting, she’s smiling and laughing her head off.

On this particular day, a woman was pushing another little cutie on the swing next to us. We exchanged smiles, as you do when you’re an adult at the park. Then she engaged in a conversation with my daughter. It was the typical conversation… What’s your name, how old are you, etc. My daughter babbled incoherently and we continued our little game. After a while, the lady began to speak to me. She asked me if I work nearby. Because I did work in a hospital in the area, I said yes. She complimented the relationship between me and my daughter by saying Wow, you two are very close. Then, she hit me with the question that stopped me in my tracks.  How long have you been her nanny? 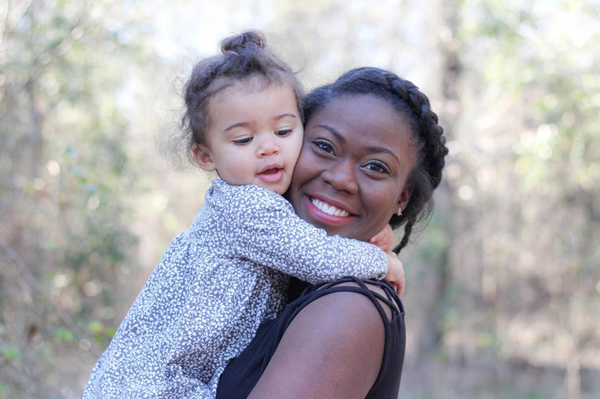 I won’t lie when I say that I was extremely annoyed but this wasn’t the first time that I’ve been asked this question. My daughter is biracial. I’m black and her father is white. With that being said, she is obviously a few shades lighter than me, and a few shades darker than him. As a mother, it’s irritating enough to hear that your child looks nothing like you. To completely disconnect me from being her mother is {occasionally} soul shattering. In this particular moment, I laughed it off. I told her that I was her mother. She apologized and that was the end of our very awkward interaction.

Because we are an interracial family, we obviously get occasional stares and questions. Socioeconomic status and societal stereotypes come into play when we’re being questioned. Because we’re young, we are constantly asked if our daughter is our child. Because my husband is white, he has been asked who she belongs to. Because I’m African American, I’m usually asked if I’m the hired help. Some days it’s funny, but some days it’s a buzz kill. I see families where the members don’t necessarily look alike, but because they all have similar skin tone, no one ever questions their familial bond. That makes me a little jealous.

If you haven’t noticed, the question has given birth to insecurities. Insecurities that I didn’t even know that I had until I birthed my little biracial beauty. Will people always assume that I work for her? When she’s screaming in Target because I won’t let her drink my coffee, will people assume that I’m harassing someone else’s child and report me? When I’m dragging her out of the store because I’m embarrassed of said tantrum, will people think that I’m kidnapping her? Will my insecurities and society’s constant questioning affect her self-confidence as a biracial child? These questions may seem silly or as though I’m thinking too hard, but they are appropriate for our family.

Parents of multiracial or adopted children get asked questions like this every single day. Questions like, Are they yours?, Are you all together?, Who do these kids belong to? {even though the parent is clearly standing there}, Are they all related?, and They aren’t the same ‘shade’ … do they have the same father?. The list of questions goes on and on but do they truly even need to be asked? And if that person simply can’t hold in her question, isn’t there a more appropriate way to ask it? Honestly, these families don’t owe an “explanation” of their family dynamic to anyone. As a parent of a biracial child and a curious person in general, I get it. I appreciate the {sometimes backhanded} compliments. To an extent, I understand the {sometimes inappropriate} questions.

Are you the nanny?

It’s a harmless question. I could almost take it as a compliment because nannies work their butts off to take care of other people’s children. But no, I’m not the nanny. I’m the woman who carried that baby for 10 months. I swore off almost every food that was considered harmful. I didn’t even drink coffee! I’m the woman who changed every single diaper Monday – Friday and didn’t get to clock out or get a paycheck for it. I’m the woman who sacrifices her time, entire body, and mind to provide the best of the best for that baby. She has my eyes, my nose, and my sass. So, no, I am not the nanny. It may be hard to see but I am 100 percent her mother. So ask me that question next time. 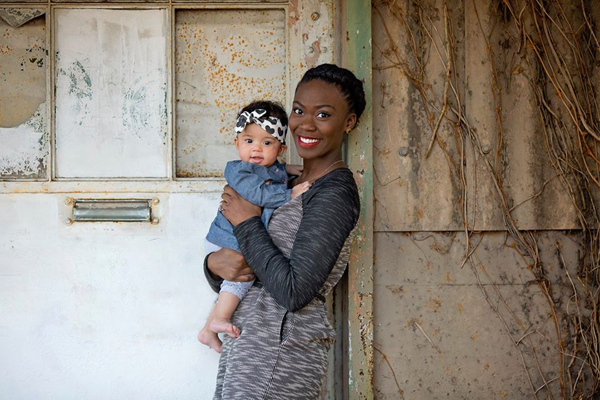