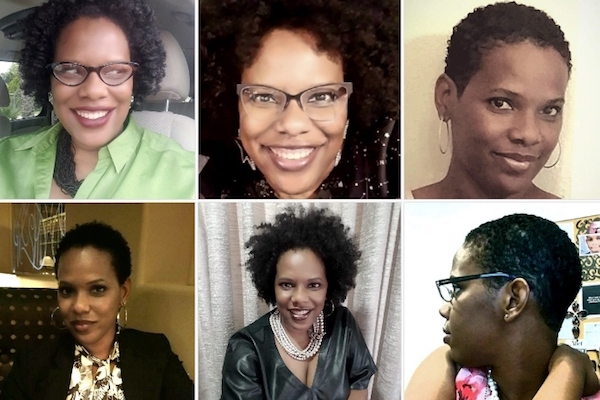 It happened again. She told me that she likes my hair in a bun. Then she added, or pulled back in a headband. I don’t think she likes it in its upright, extended position. Loose and curly, it’s sometimes difficult to manage. Uncontained, maybe a little wild, and definitely free. The way it grows from my head. Those days never draw compliments from her.

For the first 44 years of my life, I really had no idea what my hair – the way that it grows from my head – actually looked like. There was always some sort of manipulation in effect – a modification – so that it was different in appearance from the way that it grows from my head. It was just what most of us did – at least most of the black women in my life. Our hair as it grows from our heads was the less desirable look. Not long and straight, or wavy and flowing. That was often considered unkempt. Ghetto. Rebellious. Descriptions that were all less than flattering. So, we made modifications.

Let Me Count the Ways

Extreme Heat. I used a hot metal comb straight out of the fire atop Granny’s kitchen stove. Momma had a stern but sympathetic voice telling me to hold my ear down and sit still so that I didn’t get burned. It was the kind of heat where contact was not necessary; comb simply in the vicinity of your scalp and it made you jump.  I endured the heat to achieve the straight hair that did not just grow from my head. This was my life through seventh grade – when the two point seven inches of hair immediately above my neck broke off, leaving an already insecure 12 year old girl who just wanted to fit in with an exceptionally odd head {or rather partial head} of hair.

The Infamous Curl. Jheri. Leisure. California. Wave Nouveau. Or any other curl by a different moniker. The chemicals gave the hair a defined curl pattern and smooth definition. The curl activator was magical in effect. The fluid that was wet, sticky, and greasy in consistency was the necessary evil required daily to keep my curls fresh. It was a pillowcase killer, producer of pimples, and tragedy in a shower cap. Thankfully, in the end, the curl would simply go out of style. The curl left me with a long thick head of hair, which promptly departed my scalp once I refused to continue supplying its drug of choice. Without the curl activator, my hair rebelled and began to break. In the end, I had no choice but to cut off my luxurious mane.

The Creamy Crack. Hair relaxers relaxed my hair but left my mind and body tense. I would comb through each strand and wait for the burn. My longest relationship was with Johnson & Johnson; they gave me the Gentle Treatment. At least that’s what they told me. We spent 26 years together. Six weeks, or an inch of new growth, and I would be running back for more. They kept my tresses bone straight and easy to manage. Wrap at night, bump the ends in the morning, and I was good to go. It was the easiest hairlationship I’d ever had. But two things happened towards the end of this hairlationship. The first – time and age and damage caught up with me. My hair began to thin. Breakage was back and winning the battle. The ends divorced one another and split, moving in different directions. Growth, as I had previously known, escaped me. We were no longer good together.

The second thing was much bigger, more significant, and spectacular. In real life, I started seeing black women wearing their hair as it grew from their heads. Society’s standard of beauty became a topic of discussion, was challenged, and ultimately became broader. Chemicals and heat were no longer required for hairstyles to be considered desirable. Resistance to the unstated requirement that Black women modify their hair to meet the requirements of “professionalism” allowed us to embrace our natural hair in all settings. The numbers of women embracing their natural grew exponentially, and I began to grow jealous. Green-eyed, I watched these women, living their best lives – hair in all the textures, lengths and styles – just as it grew from their heads.

After a few years of longing to go natural and wrestling with the fear of not knowing what my natural would look like without modifications, and how it would be received, I woke up one morning and just did not care anymore. All of the things that had been holding me back no longer mattered. With the assistance of my sons’ barber, I Big Chopped the next day and went home almost hairless, and fully empowered. What I did not realize at the time was that changing my hair would also change my attitude and how I felt about myself. Although I have not been particularly soft spoken in some years, the fact that I’d embraced my last frontier and fully accepted my mystery hair changed me. The change would not end with me.

I have a daughter with hair not unlike mine. The first time I straightened her thick curly hair, she sobbed uncontrollably when she saw her reflection in the mirror. Straight hair was not the hair this girl wanted, and she delivered the message boisterously. That was the first of many times that little girl would surprise me. She only forgave me when I washed her tangled ringlets back into existence. She is a ball of strength and confidence who cares not about pleasing others before herself. I  love that she is already in love with her natural hair. Score one for the mother.

Years later, my hair has grown tremendously from the first Big Chop. It is stronger and healthier, like me. My voice is bigger. My confidence and self-acceptance is bigger. My butt is bigger too. I do not attribute this to my hair, I was just noting the correlation.

Most mornings, I wake up and untwist my hair – not knowing exactly what to expect. Natural hair can be unpredictable like that. But I always know it will be in an upright, extended position. Loose and curly, sometimes difficult to manage. Uncontained, maybe a little wild and definitely free. The way it grows from my head. 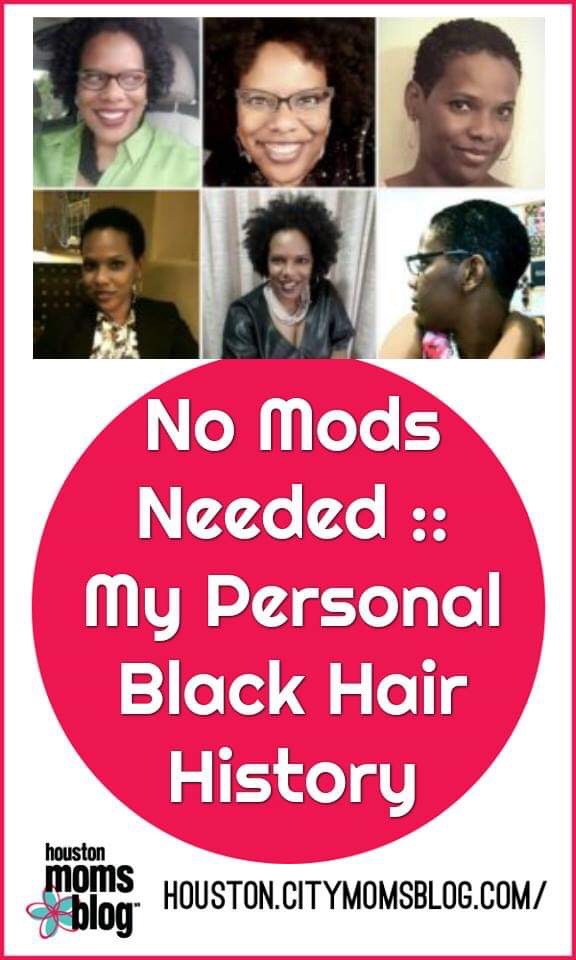 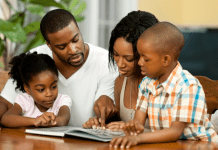 How to Make Black History Month Part of Your Family Values