Like any typical two-year-old, my oldest has quite a few fears. Fear of pooping on the potty. Big dogs. Drop-off at Mother’s Day Out. Strangers. Sliding down the fast, big kids’ slide at the park. Thunder. All are typical fears that any kid may have at some point in life. One thing she shouldn’t be afraid of are the treats from trick-or-treating.

Unlike the typical two-year-old, my daughter has several severe food allergies, and wherever she goes, so does the epi-pen, Benadryl, and hydrocortisone. Because she’s deathly allergic to common food items such as milk, eggs, and peanuts {and those are not even all her allergies}, navigating normal life is pretty interesting. School snack time is a huge challenge, especially when parents take turns providing them. She had been to Mother’s Day Out less than 10 times when I received the dreaded call from the school {while I was at work with a pressing deadline!} saying that she was having a bad allergic reaction, and that I had to pick her up early… and this is a nut-free school! Birthday parties are very stressful and exhausting especially when the birthday cake is handed out {eggs, milk, sometimes nuts}. Even though she can self-advocate to some extent, we are constantly policing what she touches and intakes because it doesn’t take much to set off a reaction. Even eating at home can be heartbreaking because sometimes she’ll ask to try my snack, I have to tell her no, and she finishes my sentence with, “No, can’t. Allergy.” She is so wise at 2.  The point is, we didn’t realize how we took normal everyday things for granted until we had an allergy kid.

However, the Teal Pumpkin Project gives me hope. 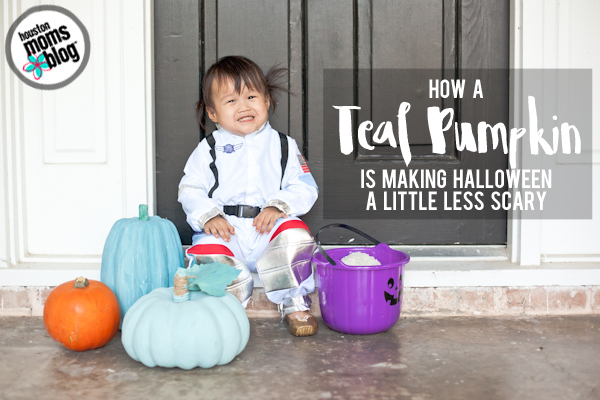 It gives me hope that my child with severe food allergies can have a glimpse into a normal American kid’s life where she doesn’t have to worry that whatever is inside the wrapper will make her very itchy with a tummy ache, or even worse yet, land her in the hospital. Before I had kids, I always thought that non-food items were to avoid candy and to promote a healthier lifestyle. Now, I know it’s more about promoting safety for children with severe food allergies.

The Teal Pumpkin Project creates an inclusive experience for all children at Halloween by making non-food treats available for kids with dietary restrictions. You paint a pumpkin teal or post a sign like this to let trick-or-treaters know that you are participating.

If you’re interested in participating in the Teal Pumpkin Project, here are some non-food items you can offer in lieu of candy. These listed treats are typically under $10 in bulk. I know it’s not as economical as the $3.99 candy bag at Walmart, so I thank you in advance. But, let’s be honest. Doesn’t a lot of that nasty candy end up in the trash anyway? Also, Amy had some great non-food ideas at Easter, and they can be applied for Halloween too…

While peanut allergies have gotten a lot of press lately, according to Food Allergy Research & Education {FARE}, egg and milk allergies are the two most common food allergies in children. {Read more about the top 8 foods that cause the majority of reactions.} For those of us who do not have allergies, the below items seem harmless, but they may have hidden threats to those with allergies…

If you wanted to take it a step further, you could add your address on the Teal Pumpkin Project crowd-sourced map on the FARE site.

I admit… Writing this post came with some guilt and hesitation. On the surface, it’s a public plea to give allergy kids special treatment, and asking for special treatment goes against my grain. But, really, all I want is for my child to feel included. It doesn’t take much effort on a participant’s part, and it will make a world of difference to children who have to live everyday on alert. 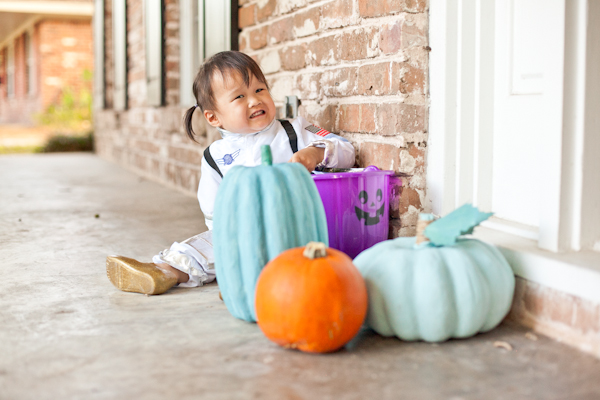 10 Random Acts of Kindness in the Age of COVID

A 40 Day Journey:: Celebrating Lent Together as a Family