The first post I ever wrote as I made my way into the mom blogosphere was a confession, early on, about how much I did not love the baby stage. I wrote openly and honestly about how much I longed for the time when my then three-month-old was more independent, could interact with me and her surroundings more, and was more vocal. Looking back, I now know that much of that sentiment was the voice of a sleep deprived, frustrated, first time mom…but I don’t regret saying it or thinking it.

I have enjoyed every day more than the last as my daughter continues to learn, grow up, and grow into herself. I can’t look back though without recognizing the irony in those thoughts. All I wanted was to have a baby who could sleep, peacefully, in a crib, as opposed to sleeping on me for hours or on end. I spent far too much of the evenings waiting until I knew she was in a deep enough sleep to transfer her to a crib after a long session of rocking her. I had a baby plagued with GERD, reflux, and colic – and bedtime was when all three reared their ugly heads.

And now? Now, I voluntarily and eagerly crawl in bed with my toddler every night and lay with her until she falls asleep, at which point I tiptoe out of her room {with an urgency of silence that rivals Seal Team 6} and continue my night.

Yes, sleep experts, I lay with my almost three-year-old in her bed, and she {gasp!} depends on me for her sleep routine. The difference is that now I look forward to that special time. The irony isn’t lost as to how much the once dreaded bedtime has now become my favorite part of the day with my daughter. After long days filled with planned play dates, eventful trips to the grocery store, and subsequently – not so lovely tantrums, bedtime is the one part of our day when I get to breathe in everything my sweet girl is. Those cuddles refresh me. Those sweet conversations whispered in the dark are filled with more love and sentiment than anything I could’ve ever scripted. And I truly feel, at the end of the day, that damnit, I’ve earned those calm, quiet moments after the inevitable chaos that comes from our daily adventures.

You could’ve probably characterized me as a “by the book” mom when my daughter was first born. Over the last almost three years {where did the time go?}, I have learned over and over to trust my instinct. This happens to be one of those situations. As mothers, we are so quick to disregard what our hearts are telling us and to push forward with whatever advice we read or hear.

Not me. Not anymore. I’ve learned to let my heart guide my decisions. So while there are so many who may look down on the fact that my daughter needs me to lay with her until she falls asleep, I could really care less. I could care less about the fact that I’m doing this whole “toddler sleep” thing wrong. I know in the not-so-distant future, my baby won’t want me anywhere near her at bedtime…or any other time for that matter. I know that these days of those sweet bedtime cuddles are numbered. I know that “parenting experts” {don’t get me started on those people!} would have a pretty strong opinion on my daughter using me as a crutch to fall asleep. But I also know that I wouldn’t trade our bedtime routine for anything in the world. 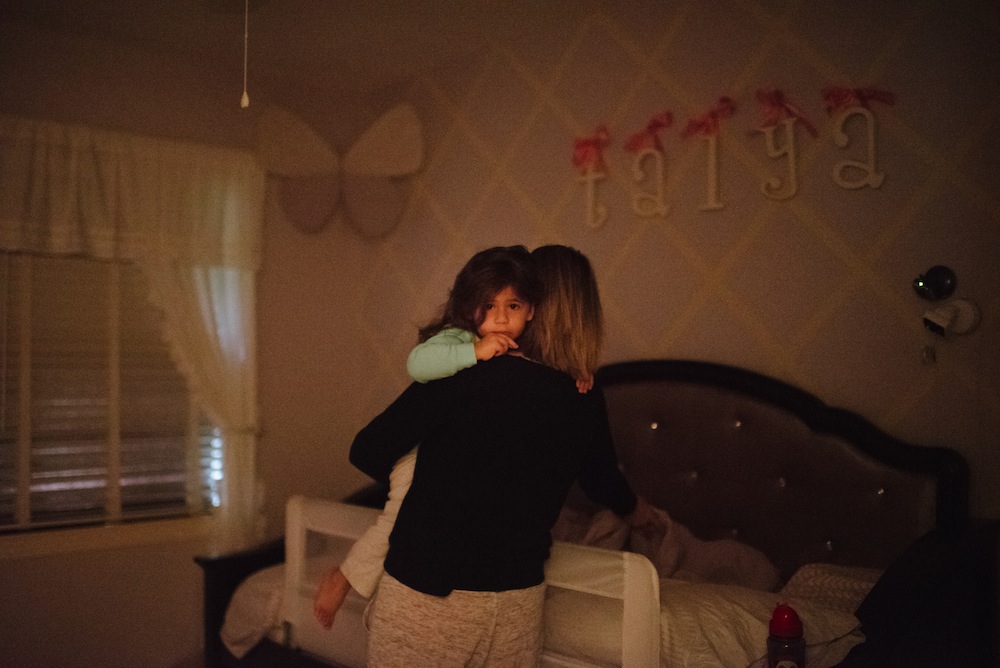