I am back in a place I never thought I would be or want to be again. Infertility is a taboo subject that is such a hard pill to swallow for so many.

My First Battle with Infertility

In 2011, after a semi-traumatic situation, my husband and I decided it was finally time to start building a family. We had been together for five years and married for two, and the timing finally felt right for us. We enjoyed our freedom and being able to go out to a bar without responsibilities, but this event made us want to take a break from that lifestyle and settle down.

Little did I know it wouldn’t happen quickly. After several months of frustration, I went to visit my OB who suggested I keep trying a little longer.  We were both young enough and healthy, and it could still happen on its own.  After one year of trying with no success, she referred us to a fertility doctor. I checked out fine.  With some coaxing, I had my husband go get checked out for what he claims to be one of the most humiliating experiences of his life, and he was also completely healthy. Our diagnosis was “unexplained infertility” which was frustrating in itself … because we were hoping for answers.

I lost hope countless times. Any time a friend would announce her pregnancy, it felt as if someone punched me in the gut.  I would go through ebbs and flows of depression. And everyone always said the wrong thing. I would see people struggling to get pregnant with their second and think they were ridiculous because they should be thankful for their first. Now I know I was the one being ridiculous.

Infertility sucks no matter when it happens, whether it’s your first or tenth time to go through it. When you want something so bad it hurts and there is nothing you can do about it, it will gnaw at your core every second of every single day.

I finally went on Clomid {a drug used to induce ovulation} in late 2013. A few days after Christmas, my miracle appeared in the form of a positive pregnancy test. I was blessed with a very easy pregnancy and a beautiful baby girl in 2014.  She is my absolute everything, and she was worth every single tear, all of the disappointment, and the depression I went through for over two years as I waited for her.

Fast forward two years, and we decided it was time to give our sweet girl a sibling.  I thought surely this time wouldn’t be as hard.  But it is.  After over a year of trying, I am in that same dark pit that I found myself in six years ago. But this time is different… I do have that beautiful baby girl that lights up my life, but if I’m being completely honest – it doesn’t make the journey any easier.  It’s hard, and maybe harder in its own way. Now I know what I am missing out on.  And it’s not just me that I am trying so desperately for; she wants a sibling too. As a parent, I naturally want to give my child anything and everything. But I can’t give her this.

Secondary Infertility is Just as Hard

This time, after trying for six months, I ran to my OB to get a prescription for that magic pill that helped me conceive so quickly last time. But this time, it didn’t work so well.  She gave me two months of Clomid and then told me if I didn’t get pregnant, I would have to move on. Since I didn’t live near her office anymore, I tried a different OB who gave me a four month prescription, taking into account I had already done two cycles. She upped the ante by putting me on a different pill, Femara.

At my last visit with my new doctor a few months ago, she told me there was nothing else she could do for me. I bawled my eyes out, because I felt completely alone.  Then, I took that opportunity to get everything off of my chest.  I told her what my friends had said, including, “You need to step up your baby game {with a picture of a positive pregnancy test}. I feel like if you exercised more, you would get pregnant. Have you tried peeing on one of those sticks, to tell you if you’re ovulating? Have you charted your days?”  The list goes on and on.  I could see the pity in my doctor’s eyes.  She told me to be kind to myself.

My husband would like a second child, but he isn’t as intent on it as I am.  He will not look into fertility treatments.  I am not sure if this is a nod to his masculinity or something deeper.  None of my friends have gone through this at all, and I have never been so frustrated in my life.  As each of my daughter’s friends get a new sibling, she asks me, “Who is going to be my sister or brother?” I can’t answer her question because I don’t know if it will ever happen. And it breaks my heart a little more each time I have to dodge the question.

You are Not Alone

Infertility is never easy.  If you know someone going through it, just listen. Unless you have been there yourself, nothing you can say will ever be the right thing; our hormones will take it out of context.  And if you are going through it, please know you are not alone.  Many others are silently going through it right alongside you.  There are people who you can talk to.  And while I have yet to find them myself, I know they are out there.  So as my doctor told me, be kind to yourself … and know that you are not alone. 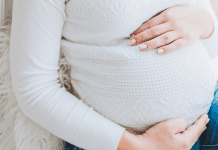 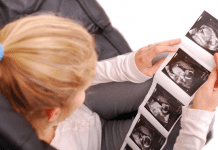