“There’s something wrong with Lauren,” I told my husband one evening several months ago after our three daughters had gone to sleep. “I’m worried about her recurring ear infections.” 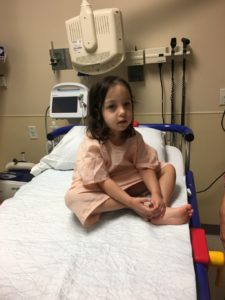 Our daughter Lauren is a twin, born at 30 weeks after a series of complications during a high-risk pregnancy. She’s our miracle baby B! And while our girls were born only 30 seconds apart, there are characteristics of Lauren’s personality that in my mind make her the youngest child. She’s creative, great at problem-solving, and adept at getting her sisters to do things for her. However, she also has been the most difficult to get to bed in the evenings. I kept thinking it was a phase that she would soon grow out of, but our nighttime routine was becoming more challenging and exhausting for me and my husband. We would put Lauren and her twin sister Katie to bed at 7:30 pm and within two hours, Lauren would wake up crying.

“My ear is leaking again Mommy,” she said to me.

Last year, Lauren participated in a sleep study. She hadn’t been sleeping well and was starting to have bags under her eyes; I suspected it was sleep apnea. The doctor informed us that Lauren had severe sleep apnea, along with huge tonsils and adenoids. He recommended a tonsillectomy surgery to remove the tonsils and adenoids and insert ear tubes.

“Insert ear tubes?” I questioned the doctor. “But why? Her ears are fine.”

“I think it will help Lauren,” he said. “Has she been having a lot of ear infections?”

“No, not at all. The thing we are most worried about is the sleep apnea,” I answered.

“It will be fine, Mrs. Duffy,” the doctor reassured me. “I’ve been doing this for a long time.”

Those words of reassurance and comfort helped me to rely on the doctor’s recommendations. After all, he was the one that had attended medical school, he had competed residency, and he had been working in ENT for decades. So, I placed my confidence and trust in his hands.

That was a big mistake.

Three months post-tonsillectomy, Lauren began having ear infections. The first two times, I took her to our pediatrician who prescribed ear drops to treat the infection. Then she had two more ear infections over the next few weeks. We went back to our ENT and I voiced my concerns.

“I don’t think the tubes are helping Lauren,” I said sternly. “She’s had several ear infections since the surgery whereas she had none before.”

“The tubes are helping her. They are helping to drain the discharge that wold normally be blocked without the tube in place,” he explained to me. “It’s fine.”

A series of ear infections continued for months. Drainage, ear infection, medication, prescription drops administered to ears for 5-7 days, and then repeat. My husband and I were beyond frustrated. No one was listening to me, not our pediatrician, and not our ENT specialist. I decided to switch to another ENT. Doing our first visit, I went through her whole history and summarized my main concerns. 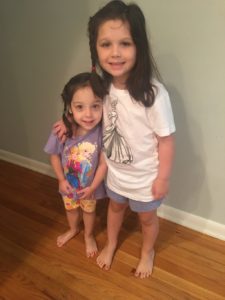 “This ear tube is defective; something has to be done about the constant ear infections and drainage, and the ear drops are not working.” I stated. “We need to look into stronger antibiotics and run more tests.”

The new doctor did something that surprised me. He listened. He prescribed a stronger oral antibiotic, a pink bubblegum flavored syrup that Lauren could take easily. One week later the drainage stopped. The doctor also sent cultures out for testing and within a week had received the results and called us back into his office for a follow-up. I had mentally prepared myself to hear the news that this new oral medication–on that I had been asking for all along–had done the job and the infection was gone.

I was painstakingly wrong.

The doctor shared the results with me.

“Lauren has a rare type of infection, one that is resistant to almost all antibiotics. That’s the reason the ear drops haven’t been working all along.”

The doctor minced no words and looked up from his clipboard and straight at me.

“We are going to have to refer you to infectious disease,” he said.

“The only antibiotic that can treat this rare infection must be administered through an IV…for two weeks straight.”

My eyes widened and my jaw dropped. I was shocked and stood still for a moment. It was the worst news that I definitely had not planned on hearing.

I was angry and upset. Why did it have to come to this? Why didn’t my doctor and healthcare team listen to me? I had voiced my concerns all along and they had fallen on deaf ears. Had I not switched doctors and insisted on further research and testing, we would not have discovered the real infection and who knows if this would have resulted in permanent damage to Lauren’s hearing. I have always been my daughter’s healthcare advocate. I speak up and ask questions all the time. I’m not intimidated by the medical jargon. But after this recent experience, I realize I will have to push even harder, be even more integrated into my children’s healthcare. I will be persistent and pushy if I have to. I may not have a medical background, but my motherhood degree makes me the expert of my children’s health and well-being. 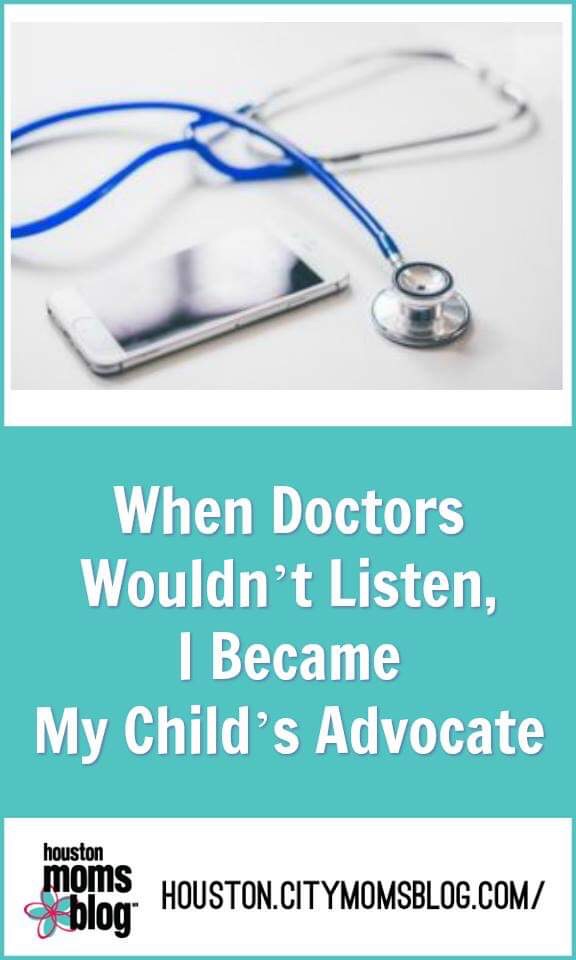 9 Lessons on Motherhood from My 99 Year Old Grandmother