Winter is an elusive season here in Houston. Did we already have it, during the Christmas Freeze of 2022? Is another cold snap waiting to creep up on us? Alas, no one knows. Delightfully though, we are still in the midst of the winter season. I adore winter in Houston. The bright sunshine and {sometimes} chilly temps means hours and hours of outside time for my kids. It’s cold enough to wear chunky sweaters and cover up with soft blankets, but not so cold that I have to worry about ice and snow. The sweet spot. However, sometimes, I lament the fact that I’m not likely to wake up to a winter wonderland outside my window. On those days, I pick up one of the books on this winter reading list. Snowy delight, magical fairy tales, adventure, courage, grief. The books on this list encompass all of these, amidst the backdrop of deep winter. As always, I’ve separated them out into Picture Books, Middle Grade, Young Adult, and a couple for us moms. Cozy up next to a fire and try out some of the books on this winter reading list below! 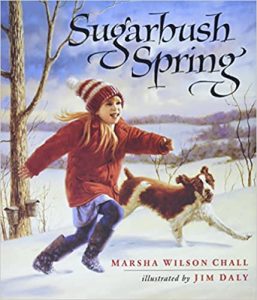 It is early spring, still snowy and cold, and our narrator, a little girl, heads out to the sugar bush with her grandpa to tap trees for sap. Her grandpa teaches her how to identify if a tree is too young or too old to give sap. Her family gathers together as the sap boils down to make maple syrup. The air smells of pancakes, as the family roasts marshmallows, eats chicken and dumplings, and plays tag as they wait. Finally, it’s ready! Grandpa pours the first cup of hot syrup right onto the cold snow for a special treat. I love the story of this family as they work together to take the trees’ offerings and make delicious syrup. Children can learn a bit about how to make maple syrup. They may be surprised to see how much sap is needed to make just a gallon of syrup. I know I was!

The Mitten
By Jan Brett 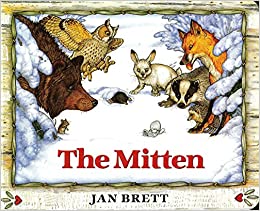 When Nicki asks his Baba, his grandmother, to make him a pair of snow white mittens, she at first says no, because if he loses it, the mitten will blend in with the snow. But she relents, and knits him a pair of snow white mittens, and surprise!, Nicki loses one when he’s out playing. A mole happens along, and burrows his way into the mitten to escape the cold. Then a rabbit, then an owl, and eventually, a whole menagerie of woodland creatures. This sweet story is a Ukrainian folktale, adapted in Jan Brett’s signature style. The snowy pictures will make you want to burrow into a cozy hideaway of your own! 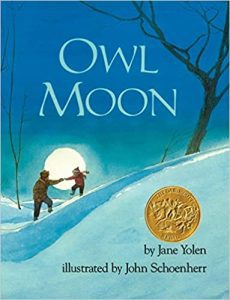 One wintry night, a young girl and her father go owling. They silently trek through the woods, aware that any sound might scare the owls away. Her father sounds the call of the great horned owl: whoo-whoo-who-who-who-whoooooooo!” They listen for the response, knowing that “sometimes there’s an owl and sometimes there isn’t.” This story is a classic that I just had to include. I love the relationship between the girl and her father, as they go on a late night adventure. And the wintry landscape is so beautifully rendered, I feel cold as I read it. In fact, the pictures are so magical, this book won the 1988 Caldecott Medal. And fun fact: this story is based on the author’s own experiences of going owling with her father! A must have addition to your family library. 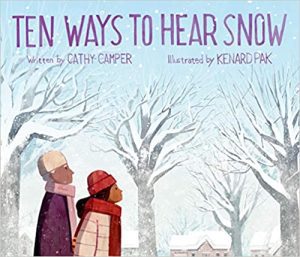 One morning, Lina wakes up to silence. The sound of snow. She is excited to get up and surprise her Sitti, her grandmother, with a visit to make stuffed grape leaves. The story is simply Lina taking a walk in the snow to her grandmother’s house. Yet the author manages to weave a poetic tale of all the sounds snow makes: the crunch of the snow beneath her boots, the ploomph of the powdery snow as it falls off the branch. The relationship between Lina and Sitti is heartwarming. If you haven’t read this one, I recommend {in addition to checking it out for the lovely pictures} listening to the magnificent Julie Andrews and her daughter read it aloud on their podcast, Julie’s Library. 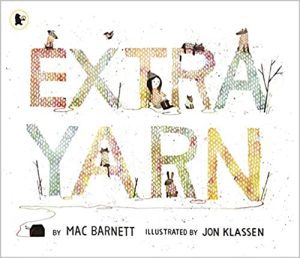 The Lion, the Witch, and the Wardrobe
By C.S. Lewis 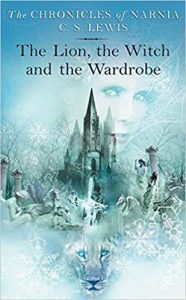 During World War II, the Pevensie siblings are sent to live in the country with an eccentric old professor. One day, Lucie, the youngest, climbs into an old wardrobe and steps through the back into a winter wonderland. Confused, she happens upon Mr. Tumnus, a magical creature who tells her she’s entered another world. She returns home, and adventures back through the wardrobe with her siblings in tow. Together, the siblings encounter a host of creatures, who tell them they must find Aslan, the savior who will help fight the White Witch, to help Narnia return to its normal spring-like state, instead of a land where it’s always winter, but never Christmas. This tale, part of the Chronicles of Narnia, is a classic for a reason. It is full of magic, adventure, bravery, and kindness. I highly recommend it for a read aloud, preferably with steaming cups of hot cocoa. 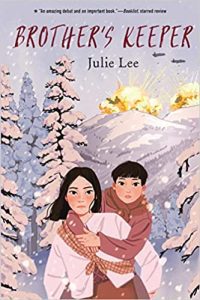 Sora is a 12 year old girl, living in North Korea at the beginning of the Korean war. Sora’s village is quietly against the communist government, and one by one, her neighbors start disappearing. One winter night, Sora’s father declares they are leaving too, to escape to her uncle’s home in South Korea. A few hours into the journey, Sora and her 9 year old brother are separated from the group. Sora must use her wits and courage to protect Youngsoo, and lead them through the harsh winter weather on the treacherous journey to find their family. This story packs a punch. It is based on the author’s mother’s experiences escaping North Korea as a child. I think this book would make a huge impact on middle grade readers to realize that children their age faced such difficult circumstances. If your children are sensitive readers, I recommend reading along with them. 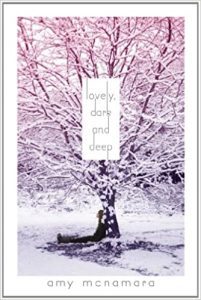 Wren is an 18 year old girl, living in New York and recovering from the tragic accident that took the life of her boyfriend, but left her alive. She convinces her mother to let her move to rural Maine, to live with her father. She retreats into herself, preferring her long runs through the winter snow, to melt into her numbing grief. But it’s a small town, and everyone is curious about why she is there. She soon meets a boy, Cal, who has plenty of demons of his own. The two of them begin to open up to one another, and Wren must decide between hiding behind her shell of grief, or risking her heart to someone else. This story is, as the title suggests, lovely. The author is a poet, and it shows through her lyrical prose. Obviously, the story deals with some pretty heavy topics, such as death of a loved one. But McNamara handles the emotions of such tragedy with compassion and empathy.

The Girl from Shadow Springs
by Ellie Cypher 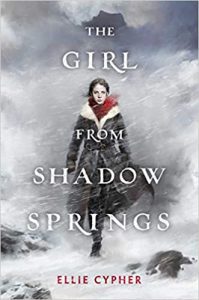 Jorie and her sister Brenna are scavengers. They venture out onto the frozen wasteland called the Flats, to pick amongst and steal from the frozen victims. One day though, they steal from the wrong body. The dead man’s enemy believes that Jorie has stolen something of value to him, and he will stop at nothing to get it back. The man takes Brenna hostage until Jorie trades him what he wants. Except that Jorie doesn’t know what he wants, or even what to go looking for. She teams up with the nephew of the dead man, who may have the information she needs, and the two of them must brave the Flats in order to save Jorie’s sister. This is an atmospheric tale of courage and sisterly love. Amazon pitches this book as The Revenant meets True Grit, and that is spot on. Go check this one out! 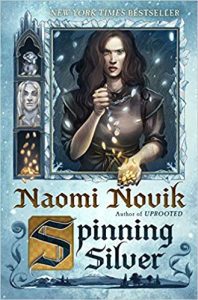 Miriyem is the daughter of a moneylender who struggles to collect his debts. She refuses to let her family sink into further poverty, and she takes over his work, eventually developing a reputation for turning silver into gold. Her reputation attracts the attention of king of the Staryk, a fey people deep in the wintry woods. He tests her abilities by demanding she turn Staryk silver into gold three times. What happens next will change Miriyem’s life, and the lives of two kingdoms. Naomi Novik is an extraordinary storyteller. This Slavic retelling of Rumplestiltskin is smart and imaginative, the different storylines tightly woven together. The frozen woods are intricately described, it’s hard not to shiver as you imagine the Staryk king and his people living there. This gorgeous tale is the perfect winter read! 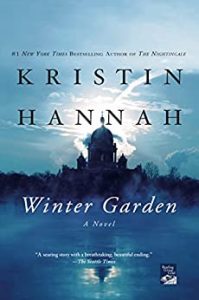 Meredith and Nina are as different as two sisters could be. Meredith is a wife and mom, who stayed at home to manage the family orchard. Nina is a jetsetter, a famous photojournalist who travels the world. The one thing the sisters have in common is their cold relationship with Anya, their Russian born mother, whose only motherly tendency was to tell them a fairy tale that never seems to end. But when their ailing father is close to death, both women come together to see the father who doted on them all their lives. He makes the sisters promise to listen to the fairy tale again, and urges his wife to finally tell the story in its entirety. This story is told in alternating timelines, flipping from modern day to Stalin’s Soviet Union during the siege of Leningrad. The winter setting is almost a character, settling into the streets of Leningrad like an unpredictable, hidden enemy. The plot starts out a bit slow, but stick with it. As the story unfolds, the past and present come together in the most beautiful and heartbreaking way. Bring your tissues. You’ll need them! 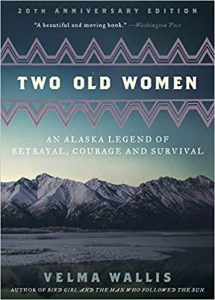 Ch’idzigyaak and Sa’ are two old women who are abandoned by their tribe during the frozen winter months in Alaska. The tribe declares the woman are holding back the rest of the people because they do not contribute and are always complaining. The women sit in shock at this terrible fate, but finally, Sa’ looks to her friend and declares that that “if we are going to die, let us die trying, not sitting.” And so the two women must relearn the skills they have lost over the years to survive the harsh Alaskan winter. This book is short, only 125 pages, but it is powerful. Based on an Athabascan legend passed down from the author’s mother, it is a story of betrayal, determination, friendship, and ultimately, forgiveness. I highly recommend it.